Hey everyone! My name is Meghan and I am a 20-something, who, along with my boyfriend, dropped everything to go travel the world. I am using this page as a way to document our journey, but also to hopefully share some advice along the way.

Four days in Santorini, Greece. The majority of this post is going to be pictures, because explaining Santorini (and all of Greece for that matter), is. - ppt download. Four days in Naxos. “What if I don’t like traveling?” Wait. 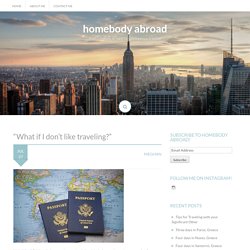 What? Did I really just say that out loud the night before we leave the country for five months? I might not like traveling?! Hey Meghan, newsflash: It’s a little late for these thoughts. Three Days in Lisbon - Download - 4shared - Robert Pinon. Three Days in Seville. Similarly to Madrid, we went into the Seville trip knowing that it was going to be hot. 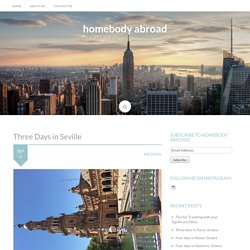 And man, were we right. I mean, they don’t nickname a city, “the hottest city in Europe” for no reason. In hindsight, it was probably pretty dumb of us to visit Seville in the middle of August, but we heard from many of our friends how beautiful it is, and we didn’t want to pass it by. We took a bus to Seville from Faro, which was a nice ride plus we got to watch three episodes of Game of Thrones (RIP Ned Stark). Still the best purchase we have made to date. Casey’s Top 10: European Transportation (Part 1 of 2) So far we have taken planes, trains, metro, buses, car rentals, taxis, ferries, four wheelers, bikes and walked around the cities we have visited. 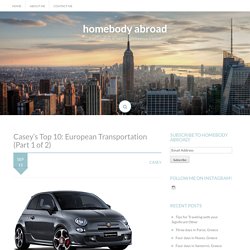 One thing that most people tend to agree with is that the act of traveling generally sucks and is the worst part of doing a long term trip like this. Going into this trip, Meghan and I really didn’t know what to expect in terms of transportation (which would be the most expensive, the most convenient,etc), so in this series I’m going to break it down by which modes of transportation suck the most and which ones sucked the least. Ranked 10 (suckiest) to 1 (least suckiest). 10. Imgur: The most awesome images on the Internet. Seven days in Sicily. First off, apologies for the recent lack of postings. 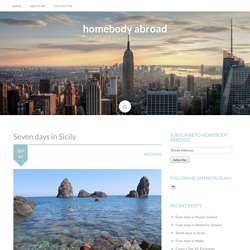 The last month we have been having a lot of fun traveling and as a result, the blog has been a little neglected. A lot of content is coming your way soon! After Malta, we spent seven days on the Italian Island of Sicily, splitting our time between the city of Catania on the Eastern side of the island, and Palermo, on the West. Catania The Airbnb. Three Days in Valencia. Originally we weren’t planning to go to Valencia. 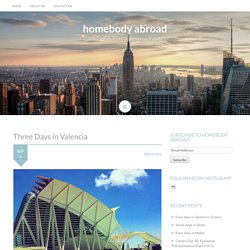 I can’t really remember the reason why, maybe it had something to do with cost, but our original plan was to go to a small coastal town called Almeria, after our time in Seville. However, after talking with some friends who loved Valencia and realizing that it was not to be missed, we decided to scrap our original plans and make a three day pit-stop to Valencia on our way to Barcelona. We flew from Seville to Valencia which was so easy and fast it was silly. I think our tickets cost about $40/each on Iberia air, the flight took an hour and the plane was only half full. Why can’t American air travel be this easy and inexpensive? One Week in Barcelona. After a very stressful month of traveling, we were ecstatic to be settling down in Barcelona for an entire week. 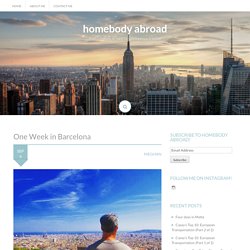 An entire week of not having to pack and lug around our backpacks seemed like a dream! Everyone that I know who has visited Barcelona absolutely raves about it and Casey visited last summer with his two roommates and loved it too, so I was very excited to see what all the fuss was about. The Airbnb Our Airbnb was very centrally located in the Sagrada Familia neighborhood. We stayed with a young couple and their two-year old daughter. The Top Five: Casey’s Favorite Drinks. Since we’ve passed the one month mark, Casey is going to share some of his favorite (and least favorite) memories from the first 30 days. 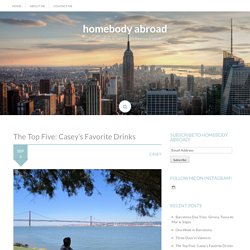 Once again, all opinions are his and please don’t judge the owner of this blog (me) for them. Casey’s top five drinks… so far 5. Sangria – Valencia Meghan and I had been stuck in the sun for two hours straight trying to hail a cab to get back to our Airbnb. Best Travel Packs. Casey’s Recap of Loulé, Portugal: A Two Part Series (Part Two) Part two: Charades – So before I get into the latter half of the Loulé story, let me set the stage for you again: We’re legit in the middle of nowhere, no transportation, staying with a French couple, who speak basically no English, and their fifteen-year-old daughter who interpreted as best she could when she was there. 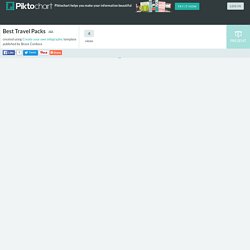 The best way for us to communicate was through acting as if we were playing charades. For example, trying to explain how terrifying the first night was by reenacting us running around and dogs chasing us. They found this amusing. I’m homesick… For my closet. We’re almost at the one month mark of this incredible journey and I’m so happy that the hardest part, the part with the most grueling travel, is over. 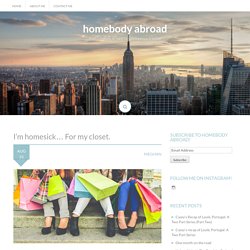 From here on out we travel at a slower pace and we will be able to enjoy ourselves and the cities we visit much more than we have been. Yay for that! So what could possibly be getting me down on this beautiful Sunday in Barcelona? I miss my closet. I miss my closet, filled with my clothes and shoes. Excellent Travel Packs. Moving sucks. – homebody abroad. Oh? 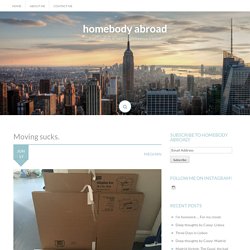 You already knew that? Of course you did, because every red-blooded human who has moved before says it at least once a day/hour/minute during the moving process. One Of The Best Travel Tips Providers. I quit my job today. – homebody abroad. He took it so well! He nodded. He smiled. We hugged. One Of The Best Best Travel Packs.pptx download. Deep thoughts by Casey: San Sebastián – homebody abroad.

After every city (or whenever he gets around to it), Casey will be doing a short guest blog to share some of his experiences, lessons learned and relationship advice that he has gathered along the way. Only fair, I guess, since he’s on this trip too. All opinions expressed are his own and are not reflective of the owner of this blog. (aka: Please do not judge me based on his posts.) Deep Thoughts: San Sebastián Basque?