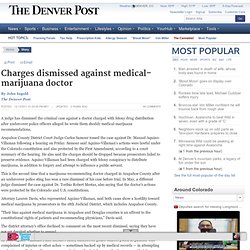 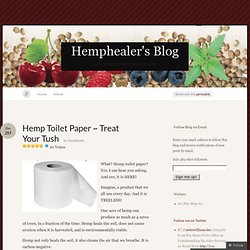 Hemp toilet paper? Yes, I can hear you asking. And yes, it is HERE! The dual effects of delta(9)-tetrahydrocannabi... [Cancer Invest. 2010. All New Cannabis Documentary! (PUFF, PUFF, RATE & SHARE) Study: Why Teen Pot Smoking Could be a Good Thing (And What We Can Learn From Teens Who Choose Weed Over Beer) The National Institute of Drug Abuse (NIDA) released the results of its 2011 Monitoring the Future Survey of teen drug use, and guess what: Teens are using cigarettes and alcohol less, but they are smoking more marijuana. 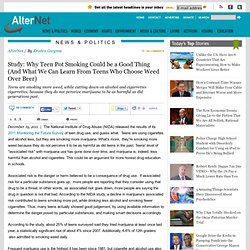 What's more, they're smoking more weed because they do not perceive it to be as harmful as did teens in the past. Thank You For Visiting ChrisConrad.com. D.C. Jail Stay Ends in Death For Quadriplegic Md. Man (washingtonpost.com) Pharmacologist awarded prestigious national medal [The University of Aberdeen] Professor Roger Pertwee A University of Aberdeen pharmacologist will next week (December 14) be awarded a top medal for his outstanding contribution to pharmacology. 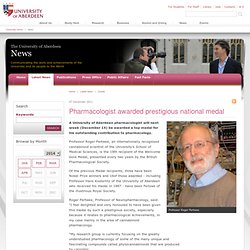 Professor Roger Pertwee, an internationally recognised cannabinoid scientist of the University’s School of Medical Sciences, is the 19th recipient of the Wellcome Gold Medal, presented every two years by the British Pharmacological Society. HEMP RESOURCES LTD: Working for our Planet. Sweden legalizes and regulates. 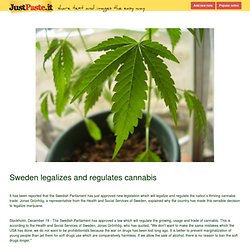 Marijuana cannabinoids - oral and transdermal methods. (NaturalNews) (NaturalNews )The research indicates that cannabinoids hold the secret to helping heal many of the chronic diseases we are facing. 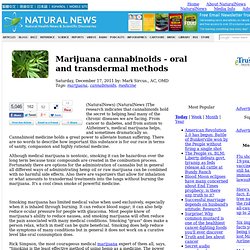 From cancer to diabetes, and from autism to Alzheimer's, medical marijuana helps, and sometimes dramatically so. Cannabinoid medicine holds a great power to alleviate human suffering. There are no words to describe how important this substance is for our race in terms of sanity, compassion and highly rational medicine. Although medical marijuana is nontoxic, smoking it can be hazardous over the long term because toxic compounds are created in the combustion process. Facebook. Medical marijuana in Britain. England is growing pharmaceutical pot, has an above-ground buyer's club and sympathetic courts. 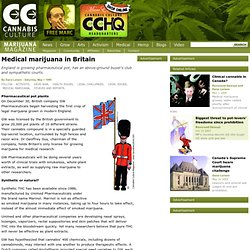 Pharmaceutical pot plants On December 30, British company GW Pharmaceuticals began harvesting the first crop of legal marijuana grown in modern England. GW was licensed by the British government to grow 20,000 pot plants of 10 different strains. The Santa Barbara Independent Made in the U.S.A. We all agree that we need to generate tax dollars and pump money into the economy. 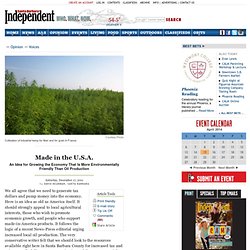 Here is an idea as old as America itself. It should strongly appeal to local agricultural interests, those who wish to promote economic growth, and people who support made-in-America products. It follows the logic of a recent News-Press editorial urging increased local oil production. Gary Johnson, "In 1997, Newt Gingrich proposed the death penalty for marijuana" Finding pot at end of the rainbow. Video: Clearing the Smoke: The Science of Cannabis.

98 Year Old Man Been Smoking Weed Since 1936 Ha Ha Classic ! Medical Marijuana - Best Medicine for Anxiety and Panic Attacks Treatment. Everyone feels nervous at some point in their lives. Waking in the middle of the night to a ringing phone or hearing news of a looming tempest can make someone very nervous. Anxiety Disorder, however, is a more persistent problem than a passing bad feeling. Anxiety (also called angst or worry) is a psychological and physiological state characterized by somatic, emotional, cognitive, and behavioral components. It is the displeasing feeling of fear and concern The root meaning of the word anxiety is 'to vex or trouble'; in either presence or absence of psychological stress, anxiety can create feelings of fear, worry, uneasiness, and dread.

Anxiety is a generalized mood condition that can occur without an identifiable triggering stimulus. How do you know if you have Anxiety Disorder? Anxiety Disorder and Panic Attacks are common disease affecting many people. What is the Medication for Anxiety, Panic Attacks? Many patients do not realize that is an incredible anti-anxiety medication. Could Medical Marijuana Reduce Patients’ Need for Opioid Painkillers? A small, new study backs a long-standing claim of advocates of medical marijuana: pain patients can safely use cannabis while taking opioid painkillers, and may actually need fewer pills because of it. 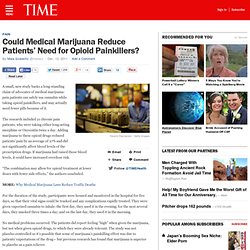 The research included 21 chronic pain patients, who were taking either long-acting morphine or Oxycontin twice a day. Adding marijuana to these opioid drugs reduced patients’ pain by an average of 27% and did not significantly affect blood levels of the prescription drugs. If marijuana had raised those blood levels, it could have increased overdose risk. “The combination may allow for opioid treatment at lower doses with fewer side effects,” the authors concluded. Cannabis News - Cannabis Cancer Drug Trials Underway in UK. THC (marijuana) Helps Cure Cancer Says Harvard Study. More than a sniff of trouble - The Drum Opinion. 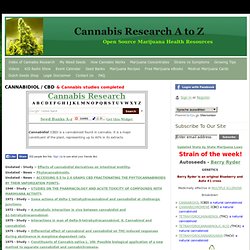