Afro-Latinos and the Connections Across the Atlantic

Los Afro-Latinos. Www.afrolatinproject.com. AfroDiaspores, Im black. Black is what we became when they... Afro-latino. Negra & Beautiful: The Unique Challenges Faced By Afro-Latinas. The frustrating ironies of being Afro-Latina hit Yuly Marshall with stunning regularity: At work at a Miami hospital, Hispanic patients of the Cuban-born radiology technician usually assume she’s African American, asking her, “Where did you learn to speak Spanish like that?” 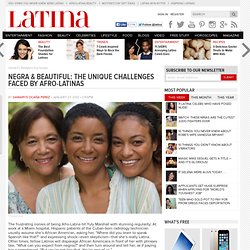 And expressing shock—even skepticism—that she’s really Latina. Other times, fellow Latinos will disparage African Americans in front of her with phrases like, “What can you expect from negros?” And then turn around and tell her, as if paying her a compliment, “But you’re not like that. You’re one of us.” When Marshall talks about race issues with African American coworkers, they often tell her she has no idea what it’s really like to be black. “Sometimes I think, ‘When is this going to end?’” That healthy sense of pride and self-awareness may be on the rise among young U.S. Afro-Latinos Face Culture Clash. Afro Latinos. If Barack Obama is President of the United States, why shouldn't an Afro Latino be in parliament here in Bolivia? 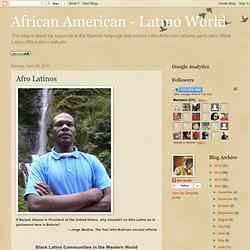 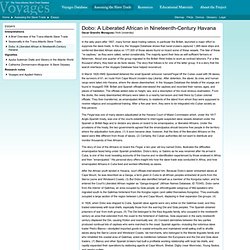 In this era, the Voyages Database shows that naval cruisers captured 1,985 slave ships and conferred liberated African status on 177,000 of those slaves found on board some of these vessels. The fate of these “re-captives,” as they were called, varied considerably. The majority spent their lives as self-sufficient farmers or fishermen. About one quarter of the group migrated to the British West Indies to work as contract laborers. Miriam Jiménez Román, Juan Flores - The Afro-Latin@ Reader: History and Culture in the United States. Duke University Press, internationally recognized as a prominent publisher of books and journals, publishes approximately 120 books annually and over 40 journals, as well as offering five electronic collections. 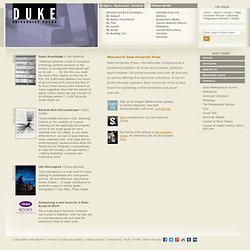 Afro-Peruvian music has its roots within the communities of black slaves brought to Peru by the Spanish conquistadores to work in the mines along the Pacific coast in the 1500s. 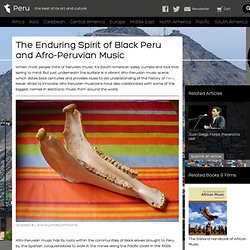 Slave owners prohibited musical instruments in attempts to crush the spirit of the slaves, but the slaves invented new ways of making sound – anything could be an instrument, including a simple box or tea chest, which became known as the cajon, a collection box used in church (cajita), and even the jaws of deceased donkeys (quijada). As ever, necessity was the mother of invention. Despite making up around 10% of the Peruvian population, over the centuries the unique culture and music was little known until a few record companies began supporting a revival in the 1950s. The revival drew upon the old rhythms whilst also incorporating Spanish and Andean elements. Susana Baca, Chabuca Granda, Zamba Cavero and Peru Negro are all big names within the tradition. Listen to Mándame Quitar La Vida by Nicomedes Santa Cruz:

AfroDiaspores, Maria Esteba[ñ]ez: Parasols and umbrellas have... AfroDiaspores, Voodoo and homosexuality. Www.niu.edu/history/programs/awdg/witchcraft_poison_law_and_atlantic_slavery.pdf. Do We Care About Our Afro-Latina Sisters? Here in America even we black folks take things for granted. 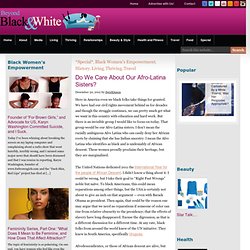 We have had our civil rights movement behind us for decades and though the struggle continues, we can pretty much get what we want in this country with education and hard work. But there is an invisible group I would like to focus on today. That group would be our Afro-Latina sisters. I don’t mean the racially ambiguous Afro Latina who can easily deny her African roots by claiming that she has Indian ancestry. I mean the Afro Latina who identifies as black and is undeniably of African descent. The United Nations dedicated 2011 the International Year for the people of African Descent.

Afrodescendientes, or those of African descent are alive, but one may argue not well. I remember talking to an Argentinian college roommate about “El Negro Falucho” (Antonio Ruiz) a black fallen soldier of whom is a gigantic monument in the middle of Buenos Aires.