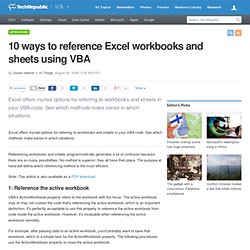 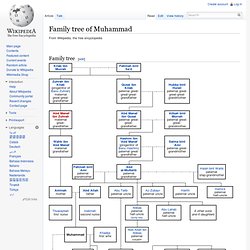 English Khutbas. RELIGION. Imam Ali(a.s.) - About. Manner of birth: Imam Ali (a.s.) is the first child in the family of Bani-Hashem whose both selfs are children of Hashem. 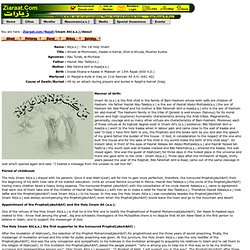 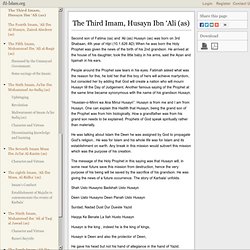 He arrived at the house of his daughter, took the little baby in his arms, said the Azan and Iqamah in his ears. People around the Prophet saw tears in his eyes. Fatimah asked what was the reason for this, he told her that this boy of hers will achieve martyrdom, but consoled her by adding that God will create a nation who will mourn Husayn till the Day of Judgement. Another famous saying of the Prophet at the same time became synonymous with the name of his grandson Husayn. “Hussian-o-Minni wa Ana Minul Husayn”. He was talking about Islam the Deen he was assigned by God to propagate God's religion.. Shah Usto Husayno Badshah Usto Husayn Deen Uato Husayno Deen Panah Usto Husayn Surdad, Nadad Dust Dur Dueste Yazid Haqqa Ke Benate La Ilah Husto Husayn. Audio Nauhey Library - NADEEM SARWAR. AZADARI.NET. Imam Ali Foundation - London. Islamic Laws Current Legal Issues Hajj Rituals Jurisprudence Made Easy A Code of Practice for Muslims in the West Hajj & 'Umrah Made Easy. 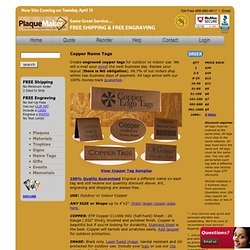 We will e-mail your proof the next business day. Review your layout (there is NO obligation). 99.7% of our orders ship within two business days of payment. All tags arrive with our 100% money-back guarantee. 100% Quality Guaranteed Engrave a different name on each tag and still receive our quantity discount above. Art, engraving and shipping are always free. USE: Outdoor or Indoor Copper ANY SIZE or Shape up to 4"x2". COPPER: ETP Copper C11000 H02 (half-hard) Sheet - 20 Gauge (.032" thick), brushed and polished finish. IMAGE: Black only. TABLE TENTS: Add $3 to make a table tent from your tag. FASTENER: Peel-n-stick tape, magnets, bar pins, screws, gator clips, Velcro. Foreign or Out-of-State Entities.

Whether an entity is domestic or foreign does not depend on the location of the principal business office. 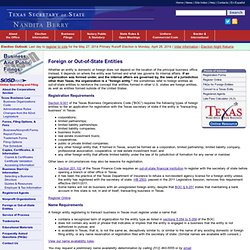 Instead, it depends on where the entity was formed and what law governs its internal affairs. If an organization was formed under, and the internal affairs are governed by, the laws of a jurisdiction other than Texas, the organization is a “foreign entity.” We sometimes refer to foreign entities as out-of-state entities to reinforce the concept that entities formed in other U.S. states are foreign entities, as well as entities formed outside of the United States. Registration Requirements Section 9.001 of the Texas Business Organizations Code (“BOC”) requires the following types of foreign entities to file an application for registration with the Texas secretary of state if the entity is “transacting business” in Texas: 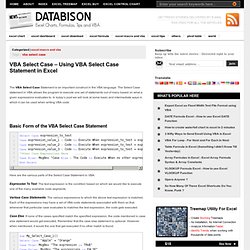 The Select Case statement in VBA allows the program to execute one set of statements out of many based on what a given expressions evaluates to. In today’s post we will look at some basic and intermediate ways in which it can be used when writing VBA code. Basic Form of the VBA Select Case Statement Here are the various parts of the Select Case Statement in VBA: Quran database, Quran Translations, Quran Transliterations, Recitation, Interpertation. 5 Day Weather Forecast and Conditions for 30214. Microsoft Software.