Free Press! We are the voice of the people 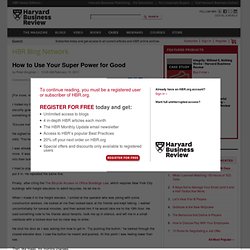 I folded my bike and carried it into the lobby of the office building in midtown Manhattan. The security guard behind the desk looked up at me, grimaced, then looked down again and growled something indecipherable. “Excuse me?” I asked. He sighed loudly and didn’t say anything for a moment. I was already jittery because of a near miss with a taxi on the ride over, and this deflated me even more. I tried to stay calm and upbeat. Finally, after citing the The Bicycle Access to Office Buildings Law, which requires New York City buildings with freight elevators to admit bicycles, he let me in. 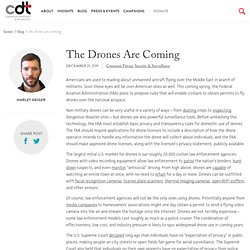 Soon those eyes will be over American skies as well. This coming spring, the Federal Aviation Administration (FAA) plans to propose rules that will enable civilians to obtain permits to fly drones over the national airspace. Non-military drones can be very useful in a variety of ways – from dusting crops to inspecting dangerous disaster sites – but drones are also powerful surveillance tools. Before unleashing this technology, the FAA must establish basic privacy and transparency rules for domestic use of drones. The FAA should require applications for drone licenses to include a description of how the drone operator intends to handle any information the drone will collect about individuals, and the FAA should make approved drone licenses, along with the licensee’s privacy statement, publicly available.

Of course, law enforcement agencies will not be the only ones using drones. Agreements. Omdraft3-1.jpg (600×800) Occupy Information. 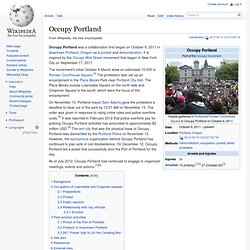 Before the march began, rally leaders gathered to share contact information for legal assistance should any arrests be made. Protest[edit] Occupy Portland protesters at Pioneer Courthouse Square are observed by Portland Police (October 6, 2011). According to the organizers, the protest is based on frustration with "corporate greed and a lack of government accountability.

ThinkTanks. Sustainability. Stratfor Hacked, 200GB Of Emails, Credit Cards Stolen, Client List Released, Includes MF Global, Rockefeller Foundation. This Christmas will not be a happy one for George Friedman (who incidentally was the focus of John Mauldin's latest book promotion email blast) and his Stratfor Global Intelligence service, because as of a few hours ago, hacking collective Anonymous disclosed that not only has it hacked the Stratfor website (since confirmed by Friedman himself), but has also obtained the full client list of over 4000 individuals and corporations, including their credit cards (which supposedly have been used to make $1 million in "donations"), as well as over 200 GB of email correspondence. 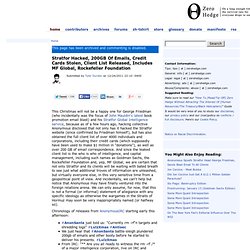 Chronology of releases from AnonymousIRC starting early this afternoon: If The Night Before Christmas Had Been Written for the Occupy Movement - Brainstorm. Tonight at a marina holiday party, our neighbor and dear friend, Roger Thiel, treated us to his annual gift of a Christmas poem and reading. 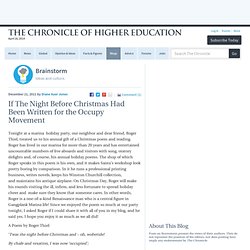 Roger has lived in our marina for more than 20 years and has entertained uncountable numbers of live aboards and visitors with song, oratory delights and, of course, his annual holiday poems. The shop of which Roger speaks in this poem is his own, and it makes Santa’s workshop look pretty boring by comparison. In it he runs a professional printing business, writes novels, keeps his Winston Churchill collection, and maintains his antique airplane.

Occupy Wall Street Becomes Highly Collectible. NEW YORK – Occupy Wall Street may still be working to shake the notion it represents a passing outburst of rage, but some establishment institutions have already decided the movement's artifacts are worthy of historic preservation. 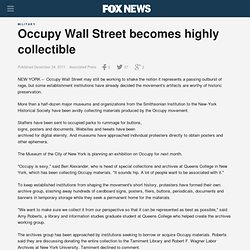 More than a half-dozen major museums and organizations from the Smithsonian Institution to the New-York Historical Society have been avidly collecting materials produced by the Occupy movement. Staffers have been sent to occupied parks to rummage for buttons, signs, posters and documents.

Other Trees WOW! Homeless Issues. EpicFail. Occupy Portland Protest March Dec 17th. SOPA. Seattle. Earth Time Lapse View from Space Fly Over NASA ISS. BIKE CHECK Video by CrankMyChain! Cycle TV. Weird. Conspiracy. SHAME. Announcing #OccupyChristmasPDX. 50 Economic Numbers From 2011 That Are Almost Too Crazy To Believe. Even though most Americans have become very frustrated with this economy, the reality is that the vast majority of them still have no idea just how bad our economic decline has been or how much trouble we are going to be in if we don't make dramatic changes immediately. 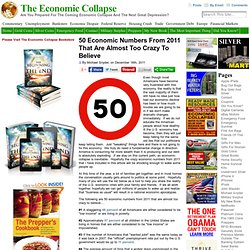