One question to ask about environment. UK weather: Britain set to be hit by 70mph winds as forecasters warn Storm Doris may be on the way. Rare 'lava firehose' from Hawaii's Kilauea volcano. Italy avalanche: 'Many dead' in hotel Rigopiano in Abruzzo. Image copyright EPA An Italian rescue official has said that a number of people have been killed after a hotel was hit by an avalanche, apparently triggered by an earthquake on Wednesday. 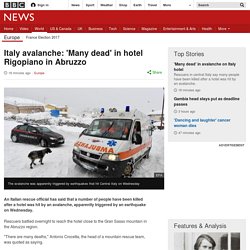 Rescuers battled overnight to reach the hotel close to the Gran Sasso mountain in the Abruzzo region. "There are many deaths," Antonio Crocetta, the head of a mountain rescue team, was quoted as saying. Up to 30 people were in the Rigopiano hotel at the time of the avalanche. Climate Change Will Make UK Coastline More Dangerous, Expert Says. The UK's coastlines will become even more dangerous because of climate change, an expert has told Sky News. 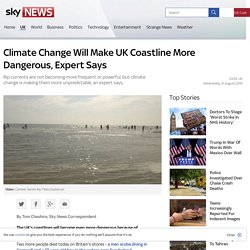