"48 Hours Suspicion": The Tiger King Mystery - What happened to Carole Baskin's former husband, Don Lewis? Produced by Chuck Stevenson and Stephanie Slifer It was the spring of 2020, the start of the season of Covid, and all eyes focused on Carole Baskin. 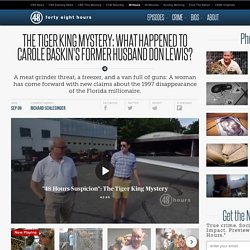 The animal rights activist was at the center of the hugely popular Netflix series, "Tiger King. " She was the arch-nemesis of its star, Joe Exotic. Carole was trying to shut down Joe Exotic's private zoo in Oklahoma. Julie Miller | Vanity Fair senior feature writer: Carole has fashioned herself as more of an animal activist. … She says that what Joe is doing is not humane and should be stopped.

Joe Exotic [Joe Exotic TV YouTube page]: She has spent over a million and a half dollars … just trying to shut me down. Joe fought back. Carole has denied the allegation vigorously and repeatedly. The story of Carole Baskin's life with Don Lewis, like so many Florida stories, begins like a pulp fiction novel any reputable publisher would reject. Gladys Lewis Cross: We had had an argument. Gladys Lewis Cross: Yes. Richard Schlesinger: — he met — 48 Hours Suspicion": The Tiger King Mystery - What happened to Carole Baskin's former husband, Don Lewis?

Trump dismisses question on white privilege: "You really drank the Kool-Aid" President Trump tells Bob Woodward he believes there is institutional racism in America that impacts peoples' lives and that it is "everywhere" and "unfortunate. 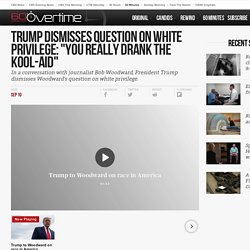 " But when the veteran Washington Post reporter asks Mr. Trump whether white privilege prevented him from fully understanding that impact and the anger it causes, the president mocks him for drinking "the Kool-Aid. " The conversation is part of Woodward's second book about President Trump, titled "Rage," and was reported from on-the-record interviews Woodward says he was permitted to record. Viewers can hear the president in his own voice and Woodward will tell Scott Pelley what he learned about President Trump on the next edition of 60 Minutes, Sunday, September 13, at 7 P.M., ET/PT on CBS. An excerpt from the 60 Minutes interview was broadcast Thursday on CBS This Morning. . © 2020 CBS Interactive Inc. Trump dismisses question on white privilege: "You really drank the Kool-Aid" 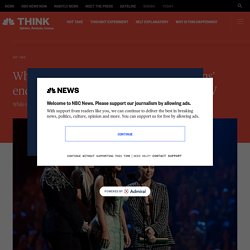 The show itself has never been all that interesting. Why is 'Keeping Up With the Kardashians' ending? These reality TV stars outgrew TV. Diana Rigg, star of 'Games of Thrones' and 'The Avengers' dies at 82. Emmy award winning British actress Diana Rigg, who starred as Olenna Tyrell in "Game of Thrones" and Emma Peel in "The Avengers" TV series has died, her daughter confirmed Thursday. 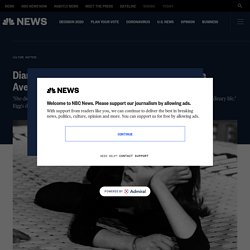 She was 82. “My Beloved Ma died peacefully in her sleep early this morning, at home, surrounded by family,” Rachael Stirling said in a statement. “She died of cancer diagnosed in March, and spent her last months joyfully reflecting on her extraordinary life, full of love, laughter and a deep pride in her profession. I will miss her beyond words.” Calling her “an icon of theater, film, and television,” Rigg’s agent Simon Beresford said in a statement that she was “a much loved and admired member of her profession, a force of nature who loved her work and her fellow actors.”

He added that Rigg would be “greatly missed. " Let our news meet your inbox. Nominated for nine primetime Emmy Awards, Rigg won for Outstanding Supporting Actress In a Miniseries or Special in 1997 for her role at Mrs. Diana Rigg, star of 'Games of Thrones' and 'The Avengers' dies at 82. Halle Berry on 'heartbreak' as only Black woman to win best actress Oscar. When Halle Berry made history as the first Black woman to win best actress at the 2002 Academy Awards for "Monster's Ball," she said she believed she would be the first of many Black women to receive the honor. 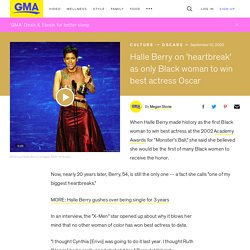 Now, nearly 20 years later, Berry, 54, is still the only one -- a fact she calls "one of my biggest heartbreaks. " In an interview, the "X-Men" star opened up about why it blows her mind that no other woman of color has won best actress to date. "I thought Cynthia [Erivo] was going to do it last year. I thought Ruth [Negga] had a really good shot at it too," Berry told Variety, referencing the 2019 film "Harriet" and 2016's "Loving," respectively.

NBCU Photo Bank/NBCUniversal via Getty Images, FILE "I thought there were women that rightfully, arguably, could have, should have" she added. Understandably, Berry -- who makes her directorial debut this year with "Bruised" -- struggles to process how she is still the only Black actress to win best actress. Halle Berry on 'heartbreak' as only Black woman to win best actress Oscar. Public vs. private: A timeline of Trump's comments on virus. WASHINGTON -- President Donald Trump's comments on the threat posed by the have varied widely depending on whether he was speaking in public or private. 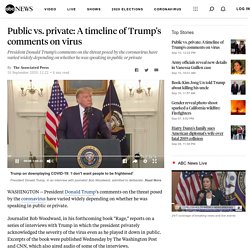 Journalist Bob Woodward, in his forthcoming book “Rage,” reports on a series of interviews with Trump in which the president privately acknowledged the severity of the virus even as he played it down in public. Excerpts of the book were published Wednesday by The Washington Post and CNN, which also aired audio of some of the interviews. A look at some of the president's public and private commentary during the early months of the pandemic that to date has killed about 190,000 Americans: “We have it totally under control.” — During CNBC interview on sidelines of economic forum in Switzerland.

A day earlier, federal officials reported the first case of COVID-19 in the United States. “China has been working very hard to contain the Coronavirus. “Hopefully it won’t be as bad as some people think it could be. “You have to be calm. Public vs. private: A timeline of Trump's comments on virus.