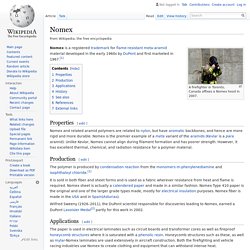 Properties[edit] Production[edit] The polymer is produced by condensation reaction from the monomers m-phenylenediamine and isophthaloyl chloride.[1] Wilfred Sweeny (1926–2011), the DuPont scientist responsible for discoveries leading to Nomex, earned a DuPont Lavoisier Medal[2] partly for this work in 2002. Applications[edit] John Mollo. John Mollo (born 18 March 1931 in London, England) is a British costume designer and book author, most known for his Oscar-winning costume design for the Star Wars film series. 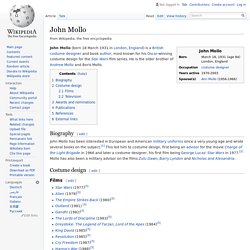 Men. Bodies-in-motion. 30 second sequences from BiM Not long ago, I had twelve artists from Natural Motion (of Morpheme and Clumsy Ninja fame) into Somerset House, my home away from home, for a four day anatomy workshop. 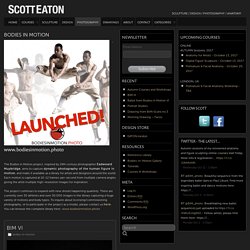 At the end of each day we would take about 20 minutes to draw from the Bodies in Motion library. sketching from BiM We made extensive use of the timer for gesture drawing. It can be set to 10fps, 1fps, 30sec, 1min, 2min, or 5mins, and ticks down to zero before flipping to the next frame of the motion sequence. Timelapse of a sequence of 30 second poses. ADVANCED STYLE. Interview by Erika Wilder Photos by Ari Seth Cohen Ari and I recently had the pleasure of visiting with Bel Kaufman, celebrated teacher, author, and speaker—and granddaughter to Sholem Aleichem, the Yiddish writer on whose stories Fiddler on the Roof was based.

As a poet and writer, I was honored to tag along and meet her. Ms. Kaufman made a striking first impression, welcoming us into her home with warmth, radiance, and a great pair of sunglasses. One of the first things Ms. Upon looking at Advanced Style the book, Kaufman says, ““They’re wonderful-looking women with styles that vary.” Kaufman cites the publishing of her first book, the 1965 best-seller Up The Down Staircase, and her subsequent career as a public speaker, as helping to reveal her identity: “I really didn’t know who I was for a long time—daughter, mother, teacher, writer—but that’s changed now. Quickposes: pose generator for figure & gesture drawing practice. The Creature Book. ARTNATOMY/ARTNATOMIA. Human photo references and textures for artists - 3d.sk.

ROYALTY-FREE Licence guarantees that once you download the photos you can use them for any personal or commercial project as long as you wish without any additional payment. 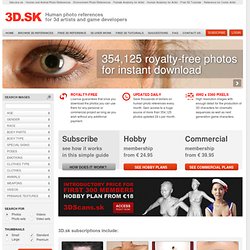 UPDATED DAILY Save thousands of dollars on human photo references every month. Gain access to a huge source of more than 354,125 photos updated 29 x per month. 4992 x 3360 PIXELS High resolution images with enough detail for the production of 3D characters for cinematic sequences as well as next generation game characters. Whether you work at Dreamworks or Playstation....3D.SK and their constantly expanding image library is essential to your texture pipe. Peter Levius and 3D.SK have been working closely with Playstation....developing diversity and resloution possibilities for Playstation's goal......achieving an ex ceptional photorealism for PS3, Next Generation, and beyond. Whether you are Steve Geisler or Paul Campion or a Gnomon student just starting out......3D.SK is absolutely essential. Find Dinosaur Pictures - Illustrations of Dinosaurs - Dinosaurios - Dinosaur Art.

55 Unique 3D Models Looking Like Photographs From Real Life. 3D modeling, also known as, meshing is the process of making an object in three-dimension with the use of software such as 3D Studio Max, Solidworks, Blender, etc. 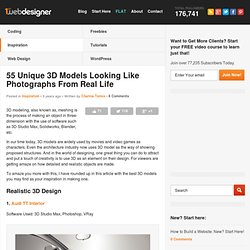 In our time today, 3D models are widely used by movies and video games as characters. Even the architecture industry now uses 3D model as the way of showing proposed structures. And in the world of designing, one great thing you can do to attract and put a touch of creativity is to use 3D as an element on their design. For viewers are getting amaze on how detailed and realistic objects are made. To amaze you more with this, I have rounded up in this article with the best 3D models you may find as your inspiration in making one. Men's Fashion. LINKS. Anatomy References for Artists. G_S_H's Photostream. Emotions_and_facial_expression_by_cedarseed-ds1wwv.jpg (JPEG Image, 3650 × 3033 pixels) Good Reference Gallery. Figure Drawing Reference (Scroll down for Head Drawing Reference Gallery) Photography credits below Do you want more images? 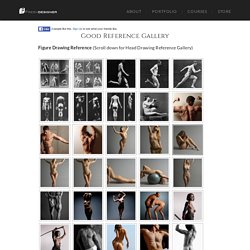 Subscribers get exclusive access to my personal library of reference images, including scans of Pose File 7 and premium images from Posespace.com. Enter your email below and click the blue button to join. Head Drawing ReferencePhotography Credits I’d like to thank the following photographers named below. Mjranum-stock's deviantART gallery. PoseSpace.com Figurative Art Models.