Why Veganism Isn’t About Hate and Divide – Vegan Culinary Cruises & Travels. Aside from the common notion of a plant-based diet, veganism has been manifested in various fields including travel, food cultures, environmental protection, sustainability, and even in moral philosophy. 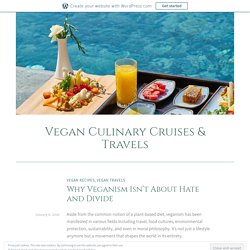 It’s not just a lifestyle anymore but a movement that shapes the world in its entirety. The increased attention given to veganism has made it possible to enjoy it even by people who are not into it: just curious about its health benefits and taste. Since it has gained much prominence in the field of tourism and vacation, vegan travel now allows you to seize every moment together with your family, friends, and loved ones without compromising your lifestyle. However, debates and contentions regarding the nature of veganism are still on-going. Veganism is About Inclusivity, Not Hate Inclusivity can also be a tool to be openly creative. The Ultimate Vegan Keto Diet Guide by Vegan Culinary Cruises. By Vegan Culinary Cruises Luxury – All Inclusive – All Vegan Vegan diets are primarily composed of food excluding animal meat and its bi-products, such as milk, honey, eggs, and dairy. 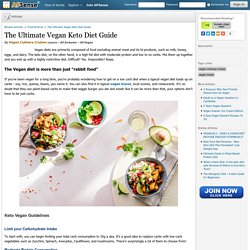 The keto diet, on the other hand, is a high-fat diet with moderate protein and low to no carbs. Mix them up together and you end up with a highly restrictive diet. Difficult? Yes. The Vegan diet is more than just “rabbit food” #FoodFriday 12: Vegan Holiday Feast. Christmas Day has come and gone, but before the new year begins, let’s celebrate the festive wonder of vegan food for the holidays! 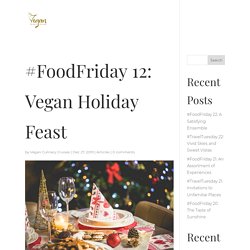 This week, Our #FoodFriday blog presents our top 5 vegan food photo picks, our final choices of 2019. We’ve chosen great vegan holiday dishes prepared by the foodies of Instagram, from plant-based cakes to vegetable wellingtons. Let’s not delay the holiday cheer. Dig in! Why not start with appetizers? A vegan winter feast by @robinsrealmuk is next on our Food Friday list. Cake is a great way to end a hearty dinner, and this chocolate, chestnut and almond masterpiece by @rebelrecipes is so tempting you might eat it before the main course. Who says a Wellington has to be beef? Our final vegan food pick for the year is by @josiewalshaw, showcasing a beautiful vegan yule log.

That concludes our #FoodFriday for the week, on the last Friday of the year. Unique Cuisine of Provence, France. In 2020, Vegan Culinary Cruises will travel the beautiful Rhone River as it winds through the sunny southeastern landscapes of France’s scenic Provençal region. 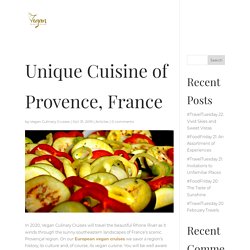 On our European vegan cruises we savor a region’s history, its culture and, of course, its vegan cuisine. You will be well aware that French cuisine is internationally recognized for its sophistication, but did you know each region in France has its own distinct styles, tastes, and traditions? Provence, for example, has a wide range of dishes that can be specially prepared for the vegan palate. Here are a few Provençal dishes recommended for you to try out. Socca Socca is a kind of flat snack made in Provence and the nearby region of Liguria. Tapenade Tapenade is a kind of Provençal recipe made from olives, olive oil, capers (from which it gets its name) and various spices.

Ratatouille This French vegetable stew was made famous by the animated film of the same name. #TravelTuesday 6: Beneath a Big Blue Sky. Tuesdays come and go, but with Vegan Culinary Cruises we make the second day of every working week special with our #TravelTuesday posts! 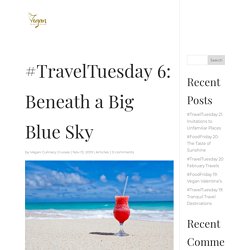 For the uninitiated, #TravelTuesday is a VCC blog tradition where we pick 5 great Instagram images that arouse our love for travel, the same way our #FoodFriday posts highlight our love for vegan cuisine. This week, we are checking out outdoor shots that complement the hue of the sky. Here are our top 5 Travel Tuesday picks of the week. @gorkhe1980’s landscape shot of the Himalayan mountains is breathtaking and is made even more so with the parallel imagery of the stacking stones and the distant Mount Fishtail (Machhapuchare in Nepalese.) The deep blue sky contrasting with the rocky peaks of the roof the world just seals this pic’s place among our top 5. Words cannot describe the sheer aesthetic beauty of this @ashleyjiyeon photo of Lone Pine Lake near Mount Whitney, California.

The waterways of Venice have been immortalized time and time again, but. 3 Easy Vegan Snacks You Should Try. Tired of the usual ‘fruit-and-almond milk’ combo? 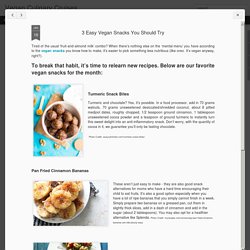 When there’s nothing else on the ‘mental menu’ you have according to the vegan snacks you know how to make, it’s easier to pick something less nutritious (like oreo. It’s vegan anyway, right?). Turmeric Snack Bites Turmeric and chocolate? Yes, it’s possible. Pan Fried Cinnamon Bananas These aren’t just easy to make - they are also good snack alternatives for moms who have a hard time encouraging their child to eat fruits. Marinated Mushroom Kebabs. Veggies In Season This February - Vegan Culinary Cruises - Medium. When preparing your vegan dishes, do you use the produce in season? 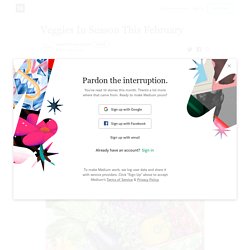 If your answer is a no, you better start rethinking your process in food preparation. Why should you cook with the seasons? Let me tell you a secret: fruits and vegetables taste better when they are in season. They have more nutrients compared to the ones that were stored for weeks and months too. Additionally, produce that is in season is much cheaper. I do know that you are very interested with what’s in season right now, here are some veggies that you can add in your menu this February.

Artichokes — I’m not going to lie — this veggie looks intimidating.