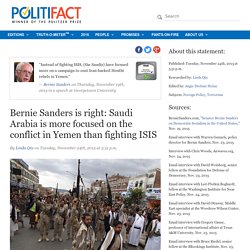 Sanders called for a broad international coalition but stressed that Muslim nations must shoulder the fight, which he called "a struggle for the soul of Islam. " So far, he said, wealthy and powerful countries in the region like Saudi Arabia, Kuwait, Qatar, and the United Arab Emirates have done very little. "Saudi Arabia, turns out, has the third-largest defense budget in the world," Sanders said on Nov. 19. After Endless Demonization Of Encryption, Police Find Paris Attackers Coordinated Via Unencrypted SMS.

In the wake of the tragic events in Paris last week encryption has continued to be a useful bogeyman for those with a voracious appetite for surveillance expansion. 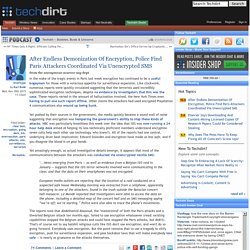 Like clockwork, numerous reports were quickly circulated suggesting that the terrorists used incredibly sophisticated encryption techniques, despite no evidence by investigators that this was the case. These reports varied in the amount of hallucination involved, the New York Times even having to pull one such report offline. Other claims the attackers had used encrypted Playstation 4 communications also wound up being bunk. Omar Ismail Mostefai: from petty criminal to cold-blooded terrorist.

Courcouronnes (France) (AFP) - Omar Ismail Mostefai was known to police as nothing more than a petty criminal before he became the first gunman identified from Friday's attacks in Paris, which left at least 129 dead. 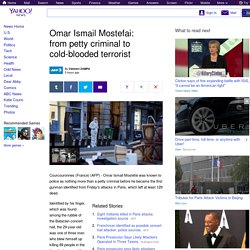 Identified by his finger, which was found among the rubble of the Bataclan concert hall, the 29-year-old was one of three men who blew himself up killing 89 people in the bloodiest scene of the carnage. Born on November 21 1985, in the poor Paris suburb of Courcouronnes, Mostefai's criminal record shows eight convictions for petty crimes between 2004 and 2010, but no jail time. Paris prosecutor Francois Molins said Mostefai had been singled out as a high-priority target for radicalisation in 2010 but, before Friday, he had "never been implicated in an investigation or a terrorist association".

Investigators are now probing whether he took a trip to Syria last year, according to police sources. View gallery. France 24 BLASTS Republicans for Politicizing Paris Attacks. On Friday night, more than 300 people in Paris were injured or killed in a coordinated series of terrorist attacks that caused French President Hollande to declare a state of emergency and close the borders in the capital city for the first time since 1944. 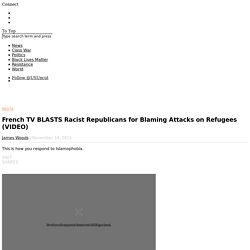 France 24 would occasionally break from coverage of the massacre to show the massive outpouring of solidarity from countries, politicians, and citizens around the world. But while there were moments of heartbreaking love and support for the people of Paris, there were also messages from opportunistic American conservative politicians who decided to take advantage of the tragedy and use it to push their political and ideological agenda before the bodies of the dead had time to grow cold. Imagine a theater with 10 or 15 citizens with concealed carry permits.

We live in an age when evil men have to be killed by good people— Newt Gingrich (@newtgingrich) November 13, 2015. Hundreds of civilians killed in US-led air strikes on Isis targets – report. The air campaign against Islamic State in Iraq and Syria has killed more than 450 civilians, according to a new report, even though the US-led coalition has so far acknowledged just two non-combatant deaths. 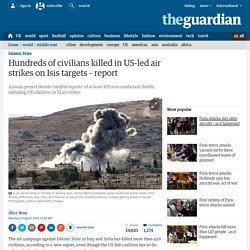 Lebanon holds day of mourning after deadly Beirut blasts. Lebanon is holding a day of national mourning after at least 41 people were killed in two suicide bombings in the capital, Beirut. 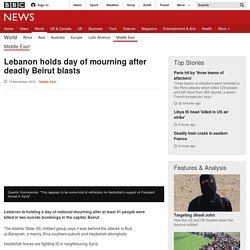 The Islamic State (IS) militant group says it was behind the attacks in Burj al-Barajneh, a mainly Shia southern suburb and Hezbollah stronghold. Hezbollah forces are fighting IS in neighbouring Syria. The bombing is the deadliest in the capital since the end of Lebanon's civil war in 1990. Lebanese Prime Minister Tammam Salam called for unity in the face of attempts to create strife. Adel Tormos, tackles suicide bomber in Beirut, killing himself but saving the lives of hundreds. His daughter died with him. : pics. 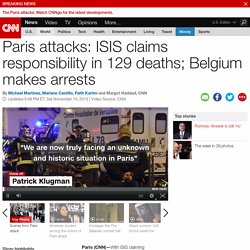 Paris terror attacks: Hollande says Isis atrocity was 'act of war' Islamic State has claimed responsibility for a bloody wave of bombings and shootings across Paris that left nearly 130 people dead and which the French president, François Hollande, denounced as an “act of war” that must be countered “mercilessly”. 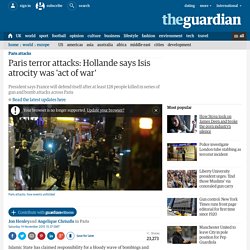 Police reported that at least 128 people had been killed and up to 300 more injured – including 80 critically – in the six attacks, France’s deadliest since the second world war and the worst witnessed in Europe since the 2004 Madrid railway bombings. Eight militants also died, seven in suicide bombings and one from police gunshot wounds. Police sources told French media that at least one of the fighters, a French national, had been identified by his fingerprints and was known to security services; a Syrian and an Egyptian passport were found close to the bodies of two others, but it was not yet clear that they belonged to the killers. Islamic State also released an undated video on Saturday calling on Muslims to continue attacking France. Shooting and Explosions in Paris. France : announcements. U.S. Kills Leader of ISIS in Libya. Isis shuts down women's clinics in Raqqa to prevent male gynaecologists treating female patients.

Middle East: Palmyra Today - Afterword - Extra History. ISIS Militants Have Beheaded a Prominent Syrian Archaeologist. ISIS Have Opened Two Theme Parks For Young Children. It is a far cry from Disneyland - but these are the two theme parks that Islamic State has established to entertain children living under its tyrannical regime. 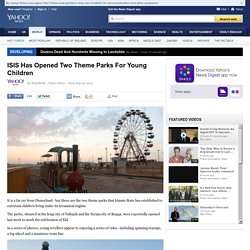 The parks, situated in the Iraqi city of Fallujah and the Syrian city of Raqqa, were reportedly opened last week to mark the celebration of Eid. In a series of photos, young revellers appear to enjoying a series of rides - including spinning teacups, a big wheel and a miniature train line. But their supposed enjoyment is a contrast to the bombed out scene in the background - which acts as a startling reminder of the horrific reality. In Raqqa’s ‘Ride City’, children were seen to enjoy rides on a dangerous looking rusty swings.

Factors behind the precipitate collapse of Iraq's army. Turkish daily exposes transfer of weapons to IS. Police officers frisk an employee of the Koza Ipek Group during a raid at the company's office in Ankara, Sept. 1, 2015. 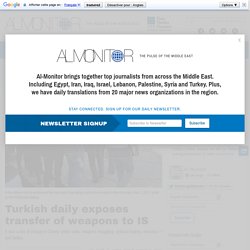 (photo by REUTERS/Umit Bektas) Author: Kadri Gursel Posted September 1, 2015 It was a day of intrigue in Turkey: police raids, weapons smuggling, political rivalries, terrorists — and Twitter. Summary⎙ Print The feud between President Recep Tayyip Erdogan and his rivals in the Gulen movement is turning up news: Is there a link between exposure and the police raid of newspaper offices? Author Kadri Gursel Posted September 1, 2015 TranslatorTimur Göksel. ISIS takes over Palestinian refugee camp in Damascus; killings and beheadings are being reported : worldnews. ISIS has between 20,000 and 31,500 fighters, CIA says.

A CIA assessment puts the number of ISIS fighters at possibly more than three times the previous estimates. The terror group that calls itself the Islamic State "can muster between 20,000 and 31,500 fighters across Iraq and Syria," a CIA spokesman told CNN on Thursday. Analysts and U.S. officials initially estimated there were as many as 10,000 fighters, including those who were freed from prisons by ISIS, and Sunni loyalists who have joined the fight as the group advanced across Iraq. "This new total reflects an increase in members because of stronger recruitment since June following battlefield successes and the declaration of a caliphate, greater battlefield activity and additional intelligence," the spokesman said. The news came a day after President Barack Obama laid out his plan to "dismantle and ultimately destroy" ISIS, including authorizing airstrikes.

Is ISIS's Social-Media Power Exaggerated? — Atlantic Mobile. The group is famously active on Twitter and has attracted thousands of foreign fighters. But to what extent is one related to the other? “Terrorist groups like al-Qaeda and ISIL deliberately target their propaganda in the hopes of reaching and brainwashing young Muslims, especially those who may be disillusioned or wrestling with their identity,” President Obama said last week in remarks wrapping up a Washington summit on Countering Violent Extremism. What ISIS Really Wants. What is the Islamic State? Where did it come from, and what are its intentions? The simplicity of these questions can be deceiving, and few Western leaders seem to know the answers. In December, The New York Times published confidential comments by Major General Michael K. Nagata, the Special Operations commander for the United States in the Middle East, admitting that he had hardly begun figuring out the Islamic State’s appeal.

“We have not defeated the idea,” he said. The group seized Mosul, Iraq, last June, and already rules an area larger than the United Kingdom. Our ignorance of the Islamic State is in some ways understandable: It is a hermit kingdom; few have gone there and returned. ISIS, ISIL (Syria & Iraq) Iraq is rushing to digitize its national library under the threat of ISIS - Business Insider.