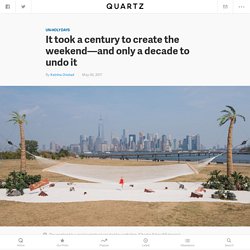 The earth actually does rotate around the sun once a year, taking about 365.25 days. The sun truly rises and sets over twenty-four hours. Ebola crisis: This is why '75%' of victims are women. Wealth or Good Parenting? Framing the Privileges of the Rich. “What is it that I want?” 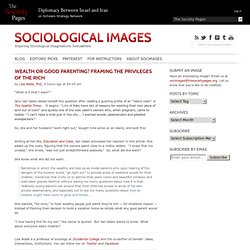 Jane Van Galen asked herself this question after reading a gushing profile of an “island cabin” in The Seattle Times. A Reluctant Defense of Sunscreen for Men. Amid Smoking Decline, Look Who's Still Lighting Up. Hide captionTobacco giant Reynolds American is buying Lorillard and acquiring Newport, a popular menthol cigarette. 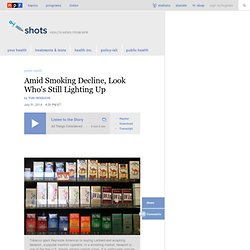 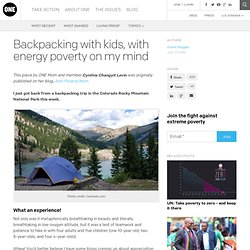 I just got back from a backpacking trip in the Colorado Rocky Mountain National Park this week. Photo credit: Colorado.com. Chicago’s life expectancy up, but neighborhood matters Chicago Tribune 7/10/14. Nearly a quarter-century ago, a newborn residing in West Garfield Park could expect to live slightly more than 63 years. 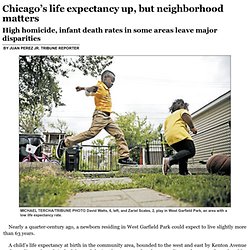 A child’s life expectancy at birth in the community area, bounded to the west and east by Kenton Avenue and Hamlin Boulevard, inched forward during the next two decades, according to data recently analyzed by the city of Chicago. By 2010, a West Garfield Park newborn had an average outlook of roughly 69 years. The Chicago Department of Public Health said that increase in longevity, and others observed throughout the city just between 1990 and 2010, show Chicago is getting healthier. The Misguided Freakout About Basement-Dwelling Millennials. Are You In The Majority Of Everything? Check This Handy Chart. Is America’s Personality Changing? A Decline in the Willingness to Conform.

HIV rises in young gay men Chicago Tribune 6/20/14. More than three decades after the emergence of HIV and AIDS sparked a massive campaign to curb infection, public health officials in Chicago and across the country are worried by a recent uptick in diagnoses of HIV — the precursor to AIDS — among young gay and bisexual men. 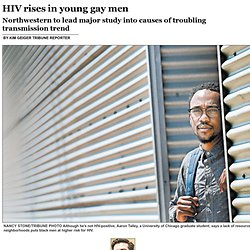 While transmission of the virus via injectable drug use and heterosexual sex has declined dramatically since the peak of the epidemic in the mid-1980s, infection of men who have sex with men is a different story. New HIV infections in that group plummeted from a peak of about 75,000 per year to less than 18,000 per year by the early 1990s, according to the federal Centers for Disease Control and Prevention. But the drop was short-lived, and infections currently hover around 30,000 per year.

Experts say it’s younger men, especially young black men, who are driving that trend. Segregation and socio-economics are believed to be key factors. Majority of “Stay-at-Home Dads” Aren’t There to Care for Family. By Philip N. 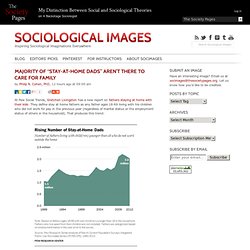 Cohen, PhD, 12 hours ago at 09:00 am. Study: Female-named hurricanes more deadly Chicago Tribune 6/3/14. Bertha, Dolly, Fay and Hanna could be on the way now that the Atlantic hurricane season started Sunday. 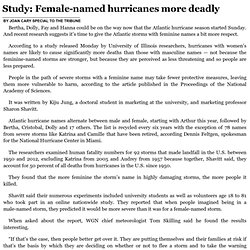 And recent research suggests it’s time to give the Atlantic storms with feminine names a bit more respect. According to a study released Monday by University of Illinois researchers, hurricanes with women’s names are likely to cause significantly more deaths than those with masculine names — not because the feminine-named storms are stronger, but because they are perceived as less threatening and so people are less prepared. People in the path of severe storms with a feminine name may take fewer protective measures, leaving them more vulnerable to harm, according to the article published in the Proceedings of the National Academy of Sciences. It was written by Kiju Jung, a doctoral student in marketing at the university, and marketing professor Sharon Shavitt. Cook Medicaid picture dismal Chicago Tribune 6/2/14. New data released in May offer the first look at the health, habits and demographics of about 100,000 new enrollees in Cook County’s expanded Medicaid program under the Affordable Care Act. 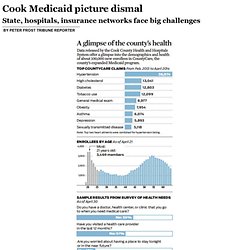 The picture it paints is bleak. More than half the new patients covered by Cook County’s Medicaid expansion program haven’t seen a doctor in the past 12 months. Eighty-five percent of them are unable to obtain needed medications. Nearly one-fourth have spent time in a hospital in the past six months, and an additional 1 in 5 are worried about finding a place to stay in the near future. They suffer from heart disease, high cholesterol, diabetes, obesity and asthma. The data, shared with the Tribune by Cook County Health and Hospitals System, cover enrollees from when County-Care launched in early 2013 through April 2014.