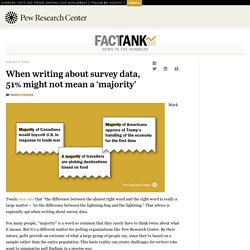 That advice is especially apt when writing about survey data. For many people, “majority” is a word so common that they rarely have to think twice about what it means. But it’s a different matter for polling organizations like Pew Research Center. By their nature, polls provide an estimate of what a large group of people say, since they’re based on a sample rather than the entire population. This basic reality can create challenges for writers who want to summarize poll findings in a precise way. To better appreciate the problem, consider these three recent news headlines: Each headline includes the word “majority.” In order to present survey findings in an accurate and impartial manner in its reports, Pew Research Center has developed internal guidelines for using certain terms consistently. How do you write survey questions that accurately measure public opinion?

By Courtney Kennedy We’re excited to bring you the second video in Pew Research Center’s occasional Methods 101 series, which aims to demystify the methodology we use to conduct our research. 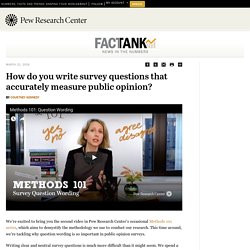 This time around, we’re tackling why question wording is so important in public opinion surveys. Writing clear and neutral survey questions is much more difficult than it might seem. We spend a lot of time thinking about the phrasing and ordering of our survey questions. Paying close attention to these seemingly minor factors makes a huge difference. Check out the video for a quick behind-the-scenes tour of the many ways writing survey questions can go wrong, and the steps you can take to avoid these pitfalls. Topics: Research Methods.

Glogin?mobile=1&URI= How Working As a Stripper Made Me Have More Sympathy for Men. August 2, 2013 | Like this article? 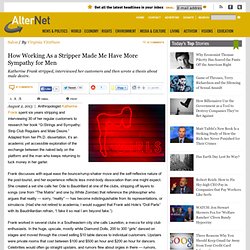 Join our email list: Stay up to date with the latest headlines via email. Myers-Briggs or VIA: A Comparison of Tools. Most people these days seem to know their “type” according to the Myers-Briggs Type Indicator (MBTI). 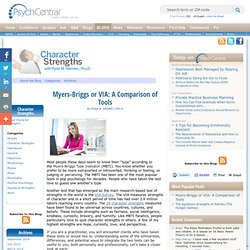 You know whether you prefer to be more extraverted or introverted, thinking or feeling, or judging or perceiving. The MBTI has been one of the most popular tests in pop psychology for decades. People who have taken the test love to guess one another’s type. Another test that has emerged as the main research-based test of strengths in the world is the VIA Survey. The VIA measures strengths of character and in a short period of time has had over 2.6 million takers reaching every country. Is Big Pharma Testing Your Meds on Homeless People? — Matter.

Two years ago, on a gray January afternoon, I visited the Ridge Avenue homeless shelter in Philadelphia. 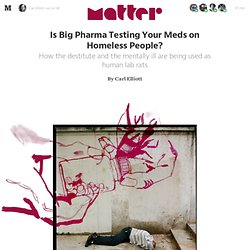 I was looking for poor people who had been paid to test experimental drugs. The streets outside the shelter were lined with ruined buildings and razor wire, and a pit bull barked behind a chain-link fence. A young guy was slumped on the curb, glassy-eyed and shaky. My guide, a local mental health activist named Connie Schuster, asked the guy if he was okay, but he didn’t answer. Saturday Stat: Main, Mean, and Median Street. By Jay Livingston, PhD, 11 hours ago at 09:00 am Mean and median are two measures of “average.” 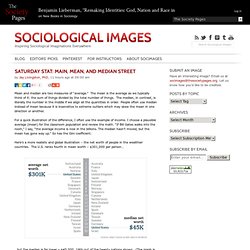 Newsflash: Facebook has Always Manipulated Your Emotions. Emotional Contagion is the idea that emotions spread throughout networks. 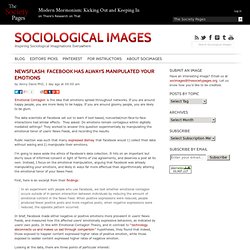 If you are around happy people, you are more likely to be happy. If you are around gloomy people, you are likely to be glum. The data scientists at Facebook set out to learn if text-based, nonverbal/non-face-to-face interactions had similar effects. They asked: Do emotions remain contagious within digitally mediated settings? They worked to answer this question experimentally by manipulating the emotional tenor of users’ News Feeds, and recording the results.

“The gift that kept on giving”? Sex workers speak for themselves Sudhir Venkatesh — SWOP-NYC. September 17th, 2013 | Uncategorized Sudhir Venkatesh has already had more than his allotted 15 minutes, but his most recent appropriation of sex workers’ lives gives us—sex workers, people in the sex trade, and allies—a moment to reflect on unethical researchers who have not yet realized that they are as much under the microscope as we are. 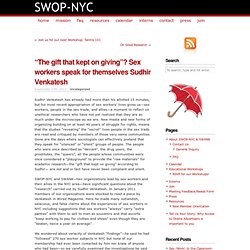 New media and new forms of organizing building on at least 40 years of struggle for rights, means that the studies “revealing” the “secret” lives people in the sex trade are read and critiqued by members of those very same communities. Dogs’ beach sentinel skills affirmed 5/27/14. Dogs aren’t usually associated with clean beaches, but new research has recognized border collies for their ability to chase off gulls that foul water and sand with their droppings. 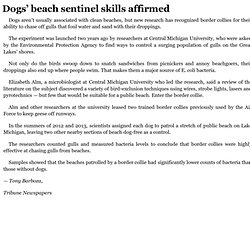 The experiment was launched two years ago by researchers at Central Michigan University, who were asked by the Environmental Protection Agency to find ways to control a surging population of gulls on the Great Lakes’ shores.