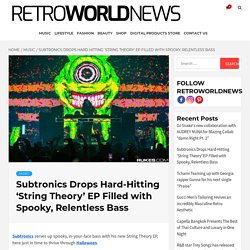 The EP makes a statement from the jump with “Nitrous Mafia” as a dizzying build sets listeners up for its snarling vocal samples, shuddering drops and jagged rhythms. Next up, ” Clockwork” rocks a playful melody, hard-charging beats and West World samples. Suddenly, we’re into the mind of Subtronics. The EP also boasts a couple of collaborations… “Melt Ur Brain” with Wooli follows with an almost hypnotic refrain over crashing snares and stabbing synths. Kompany joins Subtronics on the track “Wicked Witch” picking up the pace with a flurry of drums and funky, robotic drops. Tchami Teaming up with Georgia rapper Gunna for his next single "Praise"

If you need a sizzling house anthem to burn up your dance and workout playlist, Tchami has got you covered. 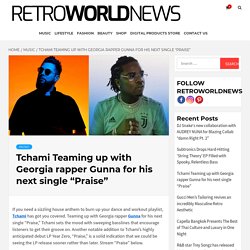 Teaming up with Georgia rapper Gunna for his next single “Praise,” Tchami sets the mood with sweeping basslines that encourage listeners to get their groove on. Another notable addition to Tchami’s highly anticipated debut LP Year Zero, “Praise,” is a solid indication that we could be seeing the LP release sooner rather than later. Stream “Praise” below. The post LISTEN: Tchami & Gunna Link Up On Genre-Bending Heater, “Praise” appeared first on Run The Trap: The Best EDM, Hip Hop & Trap Music.

If you need a sizzling house anthem to burn up your dance and workout playlist, Tchami has got you covered. The post LISTEN: Tchami & Gunna Link Up On Genre-Bending Heater, “Praise” appeared first on Run The Trap: The Best EDM, Hip Hop & Trap Music. RFID Secure Cash and Cards Wallet – Retroworldnews. Compared to regular wallets and purses made from leather, our aluminium cases protect cards from illegal data theft, so called RFID-Scanning. 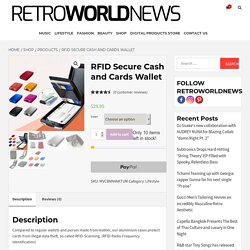 (RFID-Radio Frequency Identification) Our Cash and Cards Wallet is the first aluminum wallet with integrated card and coin compartments featuring a patented storage system for security and organization Card compartment includes storage for up to 6 credit cards and additional compartment for business cards, receipts, tickets or 2 more credit cards. Capella Bangkok Presents The Best of Thai Culture and Luxury in One Night. Introducing an elegant new era of authentic and award-winning hospitality, Capella Bangkok opened its doors for the first time in Thailand on 1st October 2020. 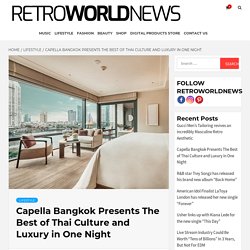 Situated within the prestigious Chao Phraya Estate, this luxurious urban resort is rich in the cultural heritage of the city’s most historic waterfront district. Designed by former Fosters + Partners duo, Andy Miller and Richard Scott Wilson, Capella Bangkok showcases over 101 guestrooms, suites and villas, with interiors crafted by the esteemed tastemakers BAMO. Boasting uninterrupted views of the national river, alongside world-class gastronomy, and revitalising wellness, underpinned by the highest levels of personalised service, Capella Bangkok is dedicated to providing authentic, cultural experiences for its guests, alongside maintaining a legacy of thoughtful design. Gucci Men's Tailoring revives an incredibly Masculine Retro Aesthetic. Gucci is almost a century-old brand and for an atelier with as long and storied a history of fashion innovation as Gucci, the maison has truly only invigorated us “suit snobs” twice when it comes to tailoring. 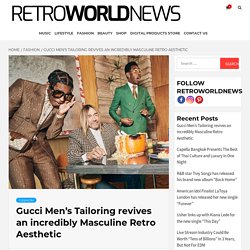 The first was under the reign of Tom Ford and the second, perhaps most creatively flourishing era, under current men’s creative director Alessandro Michele. “This is another chapter of this journey. With these campaigns, I am working on different ways of being elegant, and these three men embody this idea perfectly. I like to tell the story of elegance in completely arbitrary and unexpected ways. Perhaps elegance is something in the air that sometimes you are not even ready for. 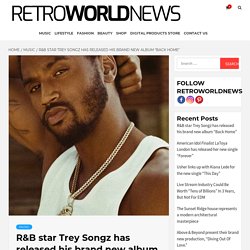 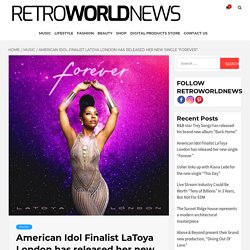 Usher links up with Kiana Lede for the new single “This Day”. 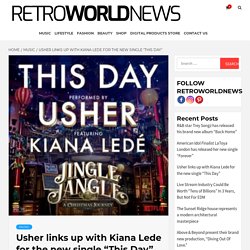 The song is the lead single from the soundtrack to the upcoming holiday movie “Jingle Jangle: A Christmas Journey”. The song was produced by the film’s executive music producer Harvey Mason Jr., along with Philip Lawrence, Davy Nathan and Joe London. The song is available now but the entire soundtrack will be out November 13th. Usher added about recording the song for the movie: Above & Beyond present their brand new production, "Diving Out Of Love." With every release, Above & Beyond deliver true experiences, spiritual awakenings, and unique journeys through sound. 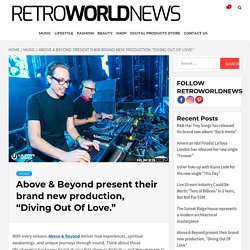 Think about those life-changing tracks you heard at your first show or festival — and they manage to capture that same indescribable feeling every time. Live Stream Industry Could Be Worth "Tens of Billions" In 3 Years, But Not For EDM. In March, the live music business shut down. 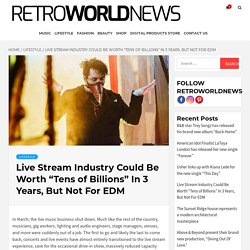 Much like the rest of the country, musicians, gig workers, lighting and audio engineers, stage managers, venues, and more were suddenly out of a job. The first to go and likely the last to come back, concerts and live events have almost entirely transitioned to the live stream experience, save for the occasional drive-in show, massively reduced capacity show, or full-on renegade events thrown in secret. Thankfully, out of strife comes fruit. In a new Music 360 Report by MRC Data, a division of Billboard‘s parent company, “47% of music listeners feel it is important for the industry to offer livestream performances or virtual concerts.”

Though only 25% or so of music listeners have so far tuned into a live stream, that number is growing, and so is the valuation of the medium. According to Billboard, top artists (and by that, they mean tippy top) are commanding approximately $1 million per live stream show. The Sunset Ridge house represents a modern architectural masterpiece. Perched atop Telluride, Colorado’s most dramatic peaks, the Sunset Ridge house represents a modern architectural masterpiece which reimagines the traditional mountain lodge. Spanning 11,825 square feet, the house merges a sleek, contemporary aesthetic with its rugged Rocky Mountain landscape. Designed by Aspen architect Bill Poss, this residence showcases exceptional design sensibility, inspired by the surrounding ridgelines and sprawling mesas. Characterized by dramatic steel structures and floor-to-ceiling windows, the Sunset Ridge house displays boundless views panning from east to west, effortlessly framing the iconic Wilson Peak in almost every room, with uninterrupted sights of the area’s iconic box canyon and the slopes of Telluride Ski Resort.

Expertly designed for the purpose of entertaining, this residence comes complete with a full gourmet kitchen, cabana for pond-side dining, fire-pits, and a trout pond, amongst a multitude of other ultra-luxe interior finishes. Best Designs At Paris Fashion Week SS21. Paris Fashion Week Spring/Summer 2021 which had its last show on Tuesday, October 6, 2020, brings an official close to the ready-to-wear fashion weeks.

Being the fashion capital of the world, trust the designers to come out with blazing hot designs. Just like London Fashion Week and Milan Fashion Week, Paris Fashion Week SS21 also experimented with blending physical and digital fashion weeks. The show with over 60 designers showcasing their latest collections definitely closed out with a bang. For Chanel, Virginie Viard was inspired by the cinema for the label’s collection. The collection was a tribute to the muses of the House as Gabrielle Chanel and Karl Lagerfeld had dressed so many actresses in films and in real life.

Nigerian designer, Kenneth Ize who made his debut at Paris Fashion Week six months ago returned to the French runway with designs that proved he’s ever more committed to celebrating and supporting the heritage of weaving in Nigeria. Motoworks Suzuki GT380 was conceptualized using a CAD software To Perfection. Regarded a niche and analog art, motorcycle customization has evolved rapidly throughout the years. Becoming a digitized design study, the meticulous process of customization reconsiders every aspect of build.

Spotify now allows you to search its music catalog through lyrics for iOS & Android. Ever get a song stuck in your head, but you don’t know the name of the artist or the track title? The Gucci x Liberty of London Fall 2020 Collection. In an effort to convey a message of a memory, Creative Director of Gucci, Alessandro Michele sought out little-used floral prints. It was through his research that he found the historic English printmakers, Liberty of London, who are known for their selection of fine ornaments, fabrics and objets d’art from around the world.

Singer Brave Williams has just unveiled the lyric video for her latest single "Don't Tell Me No" Avicii is being honored with Posthumous Nominations for 2020 Billboard Music Awards. Face Mask Chains Is The New Trend. The Asics Gel Lyte III returns in an exclusive collaboration with Japanese fashion label, COMME des GARÇONS. Some Of The Best Designs At London Fashion Week Spring/Summer 2021. Prada delivered a digital group installation of five films For Spring 2021. R&B singer Nevaeh Jolie has released her the nostalgic record "Screwed Up" features A Boogie Wit da Hoodie. Dimitri Vegas & Like Mike are back with a new single, "Do It!" with Azteck and Kim Loaiza. LORAC PRO Palettes for Holiday 2020. What do you need to know about Men's Grooming for autumn/winter this year?