SITA E-Commerce - ReCaptcha Check. By this stage you will now have a Raspberry Pi with a touch screen display. 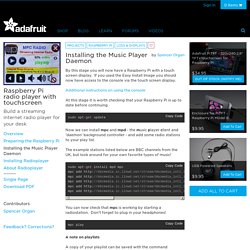 If you used the Easy Install Image you should now have access to the console via the touch screen display. Additional instructions on using the console. Installing the latest Python from source – Ben Croston's Computing Blog. Play audio on a Bluetooth speaker with Raspberry Pi 3 - The MagPi MagazineThe MagPi Magazine. An oft-requested feature, Bluetooth support on the Raspberry Pi 3 board – along with its wireless LAN capability – has been pretty well received in the Pi and maker communities at large. 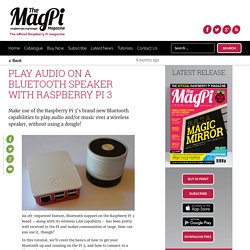 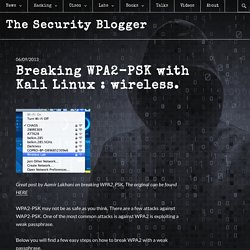 The original can be found HERE. HOWTO: Installare Domoticz. MySensors - Create your own Connected Home Experience. BTAudio - Domoticz. Use a bluetooth speaker Goal is to use a bluetooth (BT) speaker to let domoticz talk. 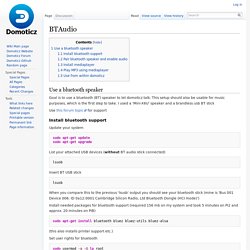 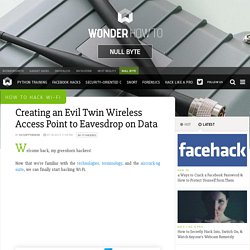 Now that we're familiar with the technologies, terminology, and the aircrack-ng suite, we can finally start hacking Wi-Fi. Our first task will be to creating an evil twin access point. Many new hackers are anxious to crack Wi-Fi passwords to gain some free bandwidth (don't worry, we'll get to that), but there are so many other Wi-Fi hacks that are far more powerful and put so much more at risk than a bit of bandwidth. What's an Evil Twin AP? The evil twin AP is an access point that looks and acts just like a legitimate AP and entices the end-user to connect to our access point. What We'll Be Doing In this scenario, we are a private investigator. L’AltroWeb - Web e tanto altro... Ehi Siri, mi accendi la luce? - HomeKit su Raspberry Pi. 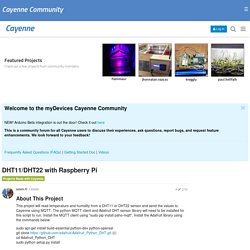 The python MQTT client and Adafruit DHT sensor library will need to be installed for this script to run. Install the MQTT client using "sudo pip install paho-mqtt". Install the Adafruit library using the commands below: View topic - Webif is switch off. XMLTV service. For business use of EPG data go to. 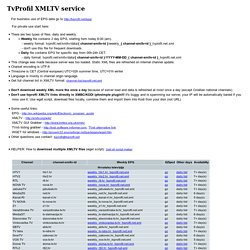 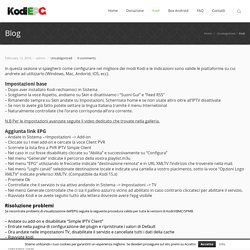 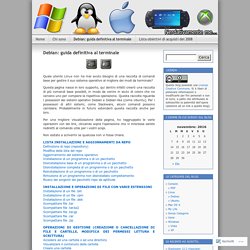 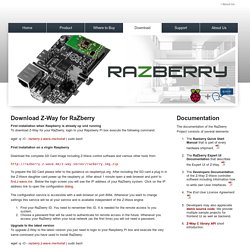 The configuration service is accessible with a web browser on port 8084. Find your RaZberry ID. Proof of concept 3D Scanner with Kinect and Raspberry Pi2. I am working on a proof of concept standalone mobile 3D Scanner. Hopefully it will be possible to use a Raspberry Pi2 for this project. I have already posted a video on youtube. And some people asked for short instructions on how to run the Kinect on the Raspberry Pi2.

And here it comes…. First i printed and modified a Kinect handle i found at Thingiverse. You can get the Raspberry Pi display from watterott.com, instructions for installing the display can be found on GitHub. FabScanPi. About the Project FabScan is an open source 3D laser scanner. The project started in 2010 at Germany's first FabLab in Aachen. The FabScan PI is the next generation of the FabScan 3D Laser Scanner. Asterisk for Raspberry Pi. Online upgrades: With RasPBX-12-09-2012 and later versions systems can be kept up to date with online upgrades. Install upgrades at any time by running on the console: raspbx-upgrade Please also read this important note on upgrades.

Over eight million RasPi’s have been shipped. To celebrate its fourth birthday, Eben Upton has done it again. Meet the sensational Raspberry Pi 3 sporting a 1.2GHz 64-bit quad-core ARM Cortex-A53 CPU with ten times the performance of the original Raspberry Pi. Of particular interest to the VoIP community will be the RasPi 3’s integrated 802.11n wireless LAN and Bluetooth 4.1 hardware. And, of course, the RasPi 3 retains its compatibility with the Raspberry Pi 1 and 2. Face Recognition with Python, in under 25 lines of code.

The following is a guest post by Shantnu Tiwari, who has worked in the low level/embedded domain for ten years. Shantnu suffered at the hands of C/C++ for several years before he discovered Python, and it felt like a breath of fresh air. He is now sharing his love. In this post we’ll look at a surprisingly simple way to get started with face recognition using Python and the open source library OpenCV. Before you ask any questions in the comments section: Do not skip over the blog post and try to run the code. You must understand what the code does not only to run it properly but to troubleshoot it as well.Make sure to use OpenCV v2.You need a working webcam for this script to work properly.Review the other comments/questions as your questions have probably already been addressed.

Install OpenCV and Python on your Raspberry Pi 2 and B+ My Raspberry Pi 2 just arrived in the mail yesterday, and man is this berry sweet. This tiny little PC packs a real punch with a 900mhz quadcore processor and 1gb of RAM. To give some perspective, the Raspberry Pi 2 is faster than the majority of the desktops in my high school computer lab. Anyway, since the announcement of the Raspberry Pi 2 I’ve been getting a lot of requests to provide detailed installation instructions for OpenCV and Python. Weather Underground. Connecting a Raspberry Pi to IBM Watson, Bluemix and Node-RED. IBM recently helped spark the Internet of Things enthusiasm into a bunch of developers by sending out Raspberry Pi 3 computers to developers who signed up for their Bluemix platform trial.

I had been eager to give Bluemix and IBM Watson a try and figured this was as good a time as any to sign up! I was lucky enough to be one of the developers who received a Raspberry Pi 3 and so, I did what I always do with new emerging technology, I began tinkering and writing about my experience. Artwork by SitePoint/PatCat, Logo rights: IBM and Raspberry Pi Foundation This is the first part of a series of articles around combining the Raspberry Pi with IBM Watson and Bluemix. This article focuses on the various ways you can connect up the Raspberry Pi to IBM’s cloud services, along with my tips along the way for when things didn’t quite go to plan for me. Linux Commands Cheat Sheet: A Great Beginners Guide - Pi My Life Up.

This Linux commands cheat sheet should be extremely useful for anyone who is new to this style of operating system. It refers to most commands that a beginner will find handy, however it doesn’t include hugely detailed information regarding each command to help keep things brief. This cheat sheet should prove useful to more than just Raspberry Pi users and is pretty important for anyone who wants to learn what they’re actually plugging into their Linux based terminal. I hope that the information below is detailed enough for you to understand the basics of what the commands do. With almost every command there is a lot more advanced options that you’re able to use to help achieve the task you’re trying to do. If you need more information simply check out the link associated with some of the more complex commands alternatively you can check out the manual page within Linux itself. Hackster.io - The community dedicated to learning hardware.

Kali Linux on a Raspberry Pi 2. First git clone the kali linux arm repo from Now modify, the architecture in the rpi.sh script to read “armhf” rather “armel” as the Raspberry Pi 2 has a different processor architecture Create our kernel configuration by copying the one that is pastebin’d here Save the file as “rpi-3.1.8.config” in the kernel config directory.