The Last Conversation You’ll Need to Have About Eating Right. It’s beyond strange that so many humans are clueless about how they should feed themselves. 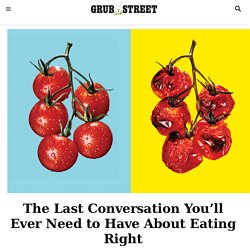 Every wild species on the planet knows how to do it; presumably ours did, too, before our oversized brains found new ways to complicate things. Now, we’re the only species that can be baffled about the “right” way to eat. Really, we know how we should eat, but that understanding is continually undermined by hyperbolic headlines, internet echo chambers, and predatory profiteers all too happy to peddle purposefully addictive junk food and nutrition-limiting fad diets. Eating well remains difficult not because it’s complicated but because the choices are hard even when they’re clear. The 15 Best Places to Eat in Greensboro. Greensboro is a North Carolinian city where its southern charm attracts families and its new, growing downtown area attracts young adults and college students. 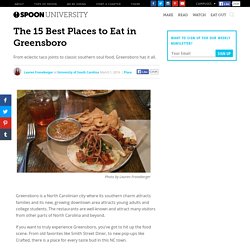 The restaurants are well-known and attract many visitors from other parts of North Carolina and beyond. If you want to truly experience Greensboro, you’ve got to hit up the food scene. From old favorites like Smith Street Diner, to new pop-ups like Crafted, there is a place for every taste bud in this NC town. 1. Crafted – Art of the Taco Photo Courtesy of @foodwineeverythingfine on Instagram. 18 Immigrant-Owned Restaurants That Take Greensboro Global. 10 Best Burger Joints In North Carolina. In the heat of summer, nothing beats a delicious ‘Carolina Style’ burger with fries and an ice cold, creamy milkshake. 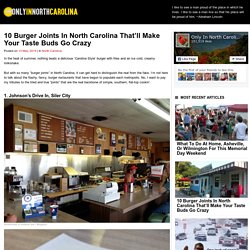 But with so many “burger joints” in North Carolina, it can get hard to distinguish the real from the fake. I’m not here to talk about the flashy, fancy, burger restaurants that have begun to populate each metropolis. No, I want to pay my tributes to the tried and true “joints” that are the real backbone of simple, southern, flat-top cookin’. 1. Johnson’s Drive In, Siler City Called "the best burger in North Carolina," the Velveeta Cheeseburger is worth the wait! Top 18 North Carolina Burger Joints « 1. 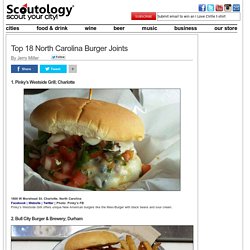 The Best Burger in Every State in America. Best burger joints in the US, according to TripAdvisor. Top 10 most powerful energy drinks sold in retail supermarkets - Socialwalk Food Beverage Product Marketing. Energy drinks have become a staple beverage for modern citizens pushed to their limits by the challenges of contemporary life. 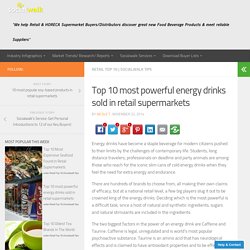 Students, long distance travelers, professionals on deadline and party animals are among those who reach for the iconic slim cans of cold energy drinks when they feel the need for extra energy and endurance. There are hundreds of brands to choose from, all making their own claims of efficacy, but at a national retail level, a few big players slug it out to be crowned king of the energy drinks. Deciding which is the most powerful is a difficult task, since a host of natural and synthetic ingredients, sugars and natural stimulants are included in the ingredients. The two biggest factors in the power of an energy drink are Caffeine and Taurine. 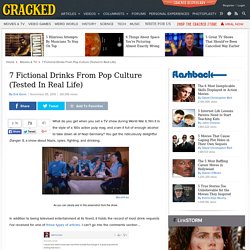 You get the ridiculously delightful Danger 5, a show about Nazis, spies, fighting, and drinking. sbs.com.auAs you can clearly see in this screenshot from the show. In addition to being televised entertainment at its finest, it holds the record of most drink requests I've received for one of these types of articles. I can't go into the comments section ... ... or on Facebook ... ... or even Twitter ... ... without someone requesting I try a drink from Danger 5. Because I'm the kind of guy who always gives in to peer pressure, I decided to humbly poison myself with a ton of alcohol for your amusement as I have done before. Well. . #7. Allow me to present the Beyond Chunderdome. This was the only drink on the list that required prior preparation in the form of a freezer, so I drank it first.