Google Doodles. Woodstock Story Interview With Arnold Skolnick - Woodstock Story. The Woodstock Times article states that in Michael Lang’s book The Road to Woodstock, Lang claims the idea for the poster design as his own. 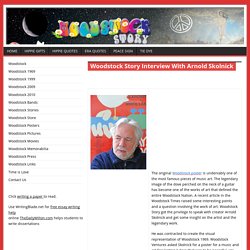 “They asked for a poster for a music and art fair which would last for 3 days and wanted it to be peaceful. I was given the problem on a Thursday and I delivered it on Monday at about 11am. Mr. Lang never gave me any idea for the poster; he never saw it until it was finished. I don’t believe he and I have ever talked,” said Skolnick. After the Woodstock poster deal, Skolnick started a print company that produced, and published art books and limited editions after in the late 1970s. Skolnick, now a resident of Chesterfield, MA is thankful that he was able to set the right tone for the festival with his work of art, but saw very little in return. “The Woodstock poster has not changed my life or had any real effect on my career. Mr. Borosix.co.uk → UK Rave Flyer Archive → Home Page. The History of Old Skool UK Rave and Club Flyers. Blue Note 1500 series - jazz album covers. On Internet since 1998 The Birka Jazz ArchiveRecords we have bought and sold over the years - the rare and the beautiful! 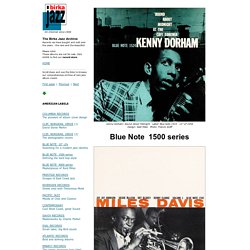 The CND symbol. One of the most widely known symbols in the world, in Britain it is recognised as standing for nuclear disarmament – and in particular as the logo of the Campaign for Nuclear Disarmament (CND). 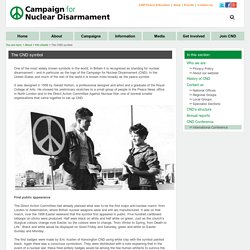 In the United States and much of the rest of the world it is known more broadly as the peace symbol. It was designed in 1958 by Gerald Holtom, a professional designer and artist and a graduate of the Royal College of Arts. He showed his preliminary sketches to a small group of people in the Peace News office in North London and to the Direct Action Committee Against Nuclear War, one of several smaller organisations that came together to set up CND. First public appearance The Direct Action Committee had already planned what was to be the first major anti-nuclear march, from London to Aldermaston, where British nuclear weapons were and still are manufactured. The first badges were made by Eric Austen of Kensington CND using white clay with the symbol painted black. 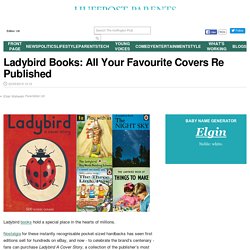 Nostalgia for these instantly recognisable pocket-sized hardbacks has seen first editions sell for hundreds on eBay, and now - to celebrate the brand’s centenary - fans can purchase Ladybird A Cover Story, a collection of the publisher’s most iconic covers. The first Ladybird book was published in 1915. The company’s motto was ‘a Ladybird book for every subject’ and they certainly fulfilled this promise, with books covering everything from nursery rhymes and fairy tales to biographies of historical figures and guides to flowers and stamp collecting. Hundreds of different titles were published and generations of young readers grew up with a Ladybird book by their bedside or in their school book bag. Ladybird are best known for their ‘Key Words Reading Scheme,’ which introduced young children to the world of siblings Jane and Peter and their dog, Pat.

‘Key Words’ was launched in 1964 and ran to 36 books. Kitchener: The most famous pointing finger. Image copyright Other A recruitment poster of the stern-eyed Lord Kitchener has become a defining image of World War One. 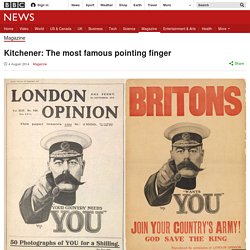