Pound recovers ground after US election. Image copyright Thinkstock The pound has continued to recover ground following this week's US election result. 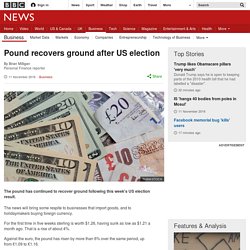 The news will bring some respite to businesses that import goods, and to holidaymakers buying foreign currency. For the first time in five weeks sterling is worth $1.26, having sunk as low as $1.21 a month ago. That is a rise of about 4%. Against the euro, the pound has risen by more than 6% over the same period, up from €1.09 to €1.16. It jumped further when figures on the construction industry were published, which were not as bad as expected. One analyst said the US election had put concerns about Brexit "on the back burner". Donald Trump's election as US President has also raised hopes that the UK may find it easier to negotiate a trade deal with the US. 'Trump phenomenon' "This is definitely a rebound after some very positive comments from President-elect Trump," said Rupert Lee-Browne, chief executive of currency firm Caxton FX. 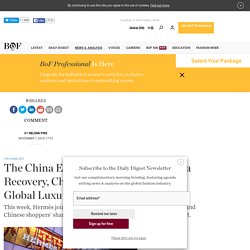 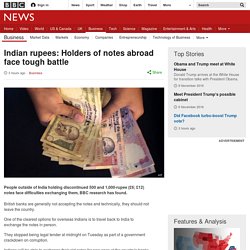 British banks are generally not accepting the notes and technically, they should not leave the country. One of the clearest options for overseas Indians is to travel back to India to exchange the notes in person. They stopped being legal tender at midnight on Tuesday as part of a government crackdown on corruption. Indians will be able to exchange their old notes for new ones at the country's banks until 30 December. The Reserve Bank of India (RBI) said Indians could deposit them in their non-resident ordinary rupee accounts, a type of bank account where people living abroad park income earned in India. However, this has been complicated by many banks abroad not accepting the notes. Foreign tourists have been advised by the Indian central bank they have until midnight on Friday to exchange the discontinued currency at airports. Inflation measure to be changed to include home owning costs. Image copyright PA The UK is introducing a different measure of inflation to better reflect everyday price changes which will include the cost of owning a home. 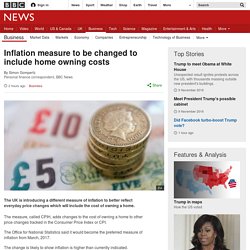 The measure, called CPIH, adds changes to the cost of owning a home to other price changes tracked in the Consumer Price Index or CPI. The Office for National Statistics said it would become the preferred measure of inflation from March, 2017. The change is likely to show inflation is higher than currently indicated. However, the Treasury has no plans currently to start using CPIH to uprate benefits, tax thresholds or other payments. Although the Consumer Price Index does include the cost of renting and running a home, it leaves out special costs faced by property owners.

CPIH includes what are called the "costs of housing services associated with owning, maintaining and living in one's own home". Rather than tracking the cost of a mortgage, statisticians estimate what it would cost homeowners to rent the property they live in. Redesigned "austerity Toblerone" prompts outrage from consumers.

A savings-driven redesign of the iconic, triangular Toblerone chocolate bar has not gone down well with the British public. 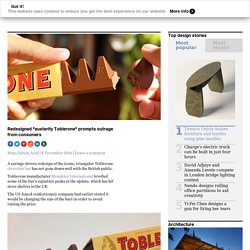 Toblerone manufacturer Mondelez International levelled some of the bar's signature peaks in the update, which has hit store shelves in the UK. The US-based confectionary company had earlier stated it would be changing the size of the bars in order to avoid raising the price. Public reaction has not been kind to the Toblerone redesign, which altered a product so recognisable it features among the 999 objects in Phaidon's book of Design Classics. Twitter users dubbed the new-look, widely spaced bar "wrong" and "austerity Toblerone". #Toblerone quickly became the social platform's second-highest trending hashtag after #Election2016 – the umbrella for discussion about today's US presidential election. Mondelez International had initially signalled the change to Toblerone's shape in a Facebook post back on 15 October 2016.