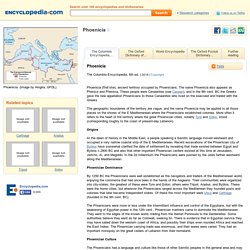 The name Phoenicia also appears as Phenice and Phenicia. These people were Canaanites (see Canaan), and in the 9th cent. Who Were the Phoenicians? Inspired by Egypt, obelisks punctuate a temple in Byblos, Lebanon, that was likely dedicated to the god Reshef about 1800 b.c By that time Egypt had already been trading with the cities of the eastern Mediterranean for at least a thousand years, importing luxuries such as wine, olive oil, and cedar timbers. 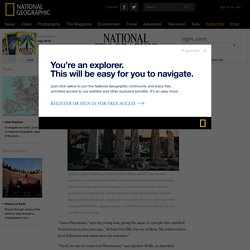 In return the Phoenicians acquired Egyptian articles such as gold, scarabs, and stone vases, which have survived as votive articles buried at temples. Egyptian papyrus, on which the Phoenicians kept their records, crumbled to dust long ago. "I am a Phoenician," says the young man, giving the name of a people who vanished from history 2,000 years ago. "At least I feel like I'm one of them. My relatives have been fishermen and sailors here for centuries. " "What will it tell you? " "Your blood contains DNA, which is like a history book," Wells replies. Wells has no doubts about the power of the new genetic techniques he is bringing to our understanding of ancient peoples.

Phoenicia - LookLex Encyclopaedia. Ancient region of today's coastal Lebanon (for simplicity, this region is referred to as Lebanon in the rest of Contents as we do not know what it was named by the Phoenicians even if eastern Lebanon was not part of Phoenicia) with cultural and economic identity if never any common government. 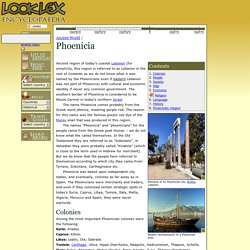 The southern border of Phoenicia is considered to be Mount Carmel in today's northern Israel. The name Phoenicia comes probably from the Greek word phoinix, meaning purple red. The reason for this name was the famous purple red dye of the Murex snail that was produced in this region. The names "Phoenicia" and "phoenicians" for the people came from the Greek poet Homer – we do not know what the called themselves. In the Old Testament they are referred to as "Sidonians", in Akkadian they were probably called "Kinahna" (which is close to the term used in Hebrew for merchant).

Phoenicia was based upon independent city states, and eventually, colonies as far away as in Spain. The Latest Underwater Discoveries - Phoenician Wreck. (Courtesy INA/Mark Polzer) Phoenician WreckCartagena, Spain Dubbed the "princes of the sea" in the Book of Ezekiel, the Phoenicians sailed from their ports in modern-day Lebanon all the way to the Iberian Peninsula in search of precious commodities. 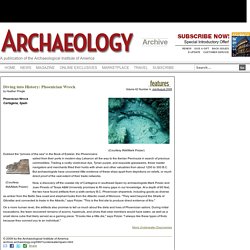 Trading a costly violet-blue dye, Tyrian purple, and exquisite glasswares, these master navigators and merchants filled their holds with silver and other valuables from about 1200 to 300 B.C. But archaeologists have uncovered little evidence of these ships apart from depictions on reliefs, or much direct proof of the vast extent of their trade networks. Now, a discovery off the coastal city of Cartagena in southeast Spain by archaeologists Mark Polzer and Juan Pinedo of Texas A&M University promises to fill many gaps in our knowledge.

On a more human level, the artifacts also promise to tell us much about the diets and lives of Phoenician sailors. More Underwater Discoveries Share. Phoenicians. The Phoenicians were the direct descendents of the Canaanites of the south Syrian and Lebanese coast who, at the end of the second millennium BC, became isolated by population and political changes in the regions surrounding them. 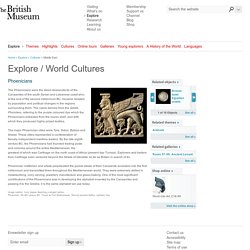 The name derives from the Greek, Phoinikes, referring to the purple coloured dye which the Phoenicians extracted from the murex shell, and with which they produced highly prized textiles. The major Phoenician cities were Tyre, Sidon, Byblos and Arwad. These cities represented a confederation of fiercely independent maritime traders. Phoenician alphabet and language. Origins. 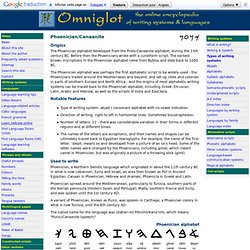 FC13: Masters of the Sea: The Phoenicians (c.1200-500 BCE) It is easy for us today to take sea-borne trade and travel for granted. 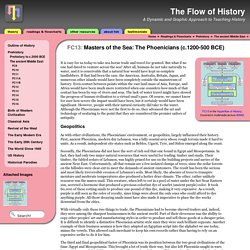 But what if no one had dared to venture across the sea? After all, humans do not take naturally to water, and it is conceivable that a natural fear would have kept us complete landlubbers. The Phoenicians (1500–300 B.C.) According to ancient classical authors, the Phoenicians were a people who occupied the coast of the Levant (eastern Mediterranean). 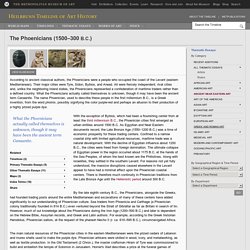 Their major cities were Tyre, Sidon, Byblos, and Arwad. All were fiercely independent, rival cities and, unlike the neighboring inland states, the Phoenicians represented a confederation of maritime traders rather than a defined country. What the Phoenicians actually called themselves is unknown, though it may have been the ancient term Canaanite. The name Phoenician, used to describe these people in the first millennium B.C., is a Greek invention, from the word phoinix, possibly signifying the color purple-red and perhaps an allusion to their production of a highly prized purple dye.

With the exception of Byblos, which had been a flourishing center from at least the third millennium B.C., the Phoenician cities first emerged as urban entities around 1500 B.C. Phoenicians @ National Geographic Magazine. Sidon - Phoenician City State and Harbor Sidon. Carthage - Phoenician and Roman Colony in Tunisia. Carthage was a Phoenician colony located in what is now the country of Tunisia about 15 kilometers from the capital city of Tunis. 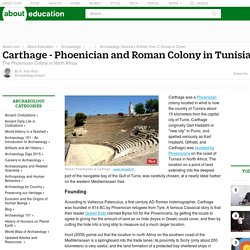 Carthage (originally Qart Hadasht or "new city" in Punic, and spelled variously as Kart Hadasht, Qrthdst, and Carthago) was founded by Phoenicians on the coast of Tunisia in North Africa. The location on a point of land extending into the deepest part of the navigable bay of the Gulf of Tunis, was carefully chosen, at a nearly ideal harbor on the western Mediterranean Sea. Founding According to Velleicus Paterculus, a first century AD Roman historiographer, Carthage was founded in 814 BC by Phoenician refugees from Tyre.

A famous Classical story is that their leader Queen Dido claimed Byrsa hill for the Phoenicians, by getting the locals to agree to giving her the amount of land an ox hide (brysa in Greek) could cover, and then by cutting the hide into a long strip to measure out a much larger location. Archaeology and Architecture Francis W. Sources. Phoenicia. Phoenicia was an ancient civilization composed of independent city-states which lay along the coast of the Mediterranean Sea stretching through what is now Syria, Lebannon and northern Israel. 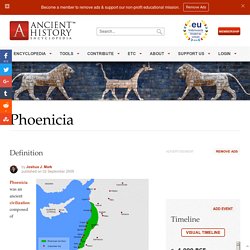 The Phoenicians were a great maritime people, known for their mighty ships adorned with horses’ heads in honor of their god of the sea, Yamm, the brother of Mot, the god of death. The island city of Tyre and the city of Sidon were the most powerful states in Phoenicia with Gebal/Byblos and Baalbek as the most important spiritual/religious centers. Phoenician city-states began to take form c. 3200 BCE and were firmly established by c. 2750 BCE.

Phoenicia thrived as a maritime trader and manufacturing center from c.1500-332 BCE and was highly regarded for their skill in ship-building, glass-making, the production of dyes, and an impressive level of skill in the manufacture of luxury and common goods. Phoenicia: Phoenician colonization in the Mediterranean. Phoenicians: Sailing Away. The Phoenicians used cuneiform but later developed their own alphabet. This famous sequence of letters known to much of the world dates back to the 16th century B.C.E. THE PHOENICIANS.