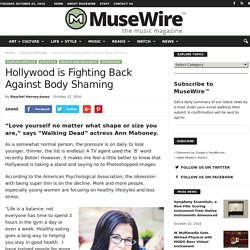 As a somewhat normal person, the pressure is on daily to look younger, thinner, the list is endless! A TV agent used the ‘B’ word recently Botox! However, it makes me feel a little better to know that Hollywood is taking a stand and saying no to Photoshopped images. According to the American Psychological Association, the obsession with being super thin is on the decline. More and more people, especially young women are focusing on healthy lifestyles and less stress. “Life is a balance; not everyone has time to spend 3 hours in the gym a day or even a week. I decided a few weeks ago to try a personal trainer, so I reached out to Forze. 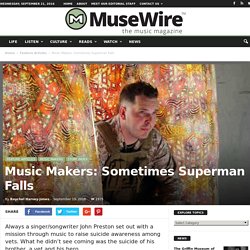 What he didn’t see coming was the suicide of his brother, a vet and his hero. We all have our heroes and it’s okay if sometimes they fall and need help. That’s the message from ex-marine and singer/songwriter John Preston. “Marines, soldiers, anyone fighting in combat are trained to be strong and not show weakness. I want people to know, it’s okay to ask for help. Preston’s brother took his own life back in January. Preston penned his first song “Good, Good America” while fighting for his country in Iraq back in 2004.

That led to him signing with record label real2real. Since returning from war Preston has set out to save lives not only through his day job as a firefighter, but also his mission through music to stop suicide among vets. 22 vets commit suicide each day in the U.S. The singer /songwriter is hoping to raise enough funds to complete the album by the end of the year. Raychel Harvey Jones. Grayson Owen (John Merrick) and Sean Coe (Frederick Treves). 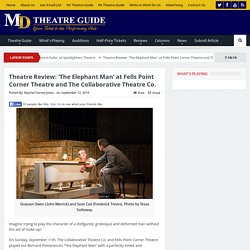 Photo by Tessa Solloway. Imagine trying to play the character of a disfigured, grotesque and deformed man without the aid of make-up! On Sunday, September 11th, The Collaborative Theatre Co. and Fells Point Corner Theatre played out Bernard Pomerance’s “The Elephant Man” with a perfectly timed and well-delivered message. In a time when outer beauty is praised beyond worth, it is only a few who will show great compassion to true victims. Director Anthony Lane Hinkle takes the audience on a journey back to Victorian London with his fruitful and emotional adaption of the story of John Carey Merrick, the man known as “The Elephant Man.” 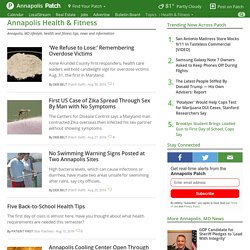 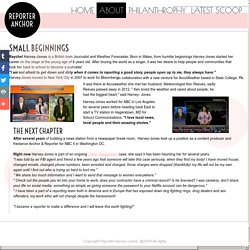 Right now Harvey-Jones is part of an ongoing Cyber Harassment case, she says it has been haunting her for several years. "I was told by an FBI agent and friend a few years ago that someone will take this case seriously, when they find my body! I have moved house, changed emails, changed phone numbers, been arrested and charged, those charges were dropped (thankfully) my life will not be my own again until I find out who is trying so hard to hurt me. " " We share too much information and I want to send that message to women everywhere. " " Check out the people you let into your home to work, does your contractor have a criminal record? Raychel Harvey Jones. Raychel Harvey Jones. (Annapolis) WNAV Radio has hired Raychel Harvey-Jones to lead the news department at their Annapolis station. 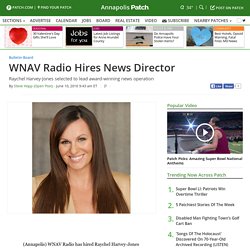 Harvey-Jones comes to WNAV from her most recent position as Content Producer, Writer and Reporter for NBC4 in Washington, D.C. Among her prior accomplishments, Raychel established a 24 hour Local News operation and was News Director for the Antietam Cable System in Western Maryland. She has held a number of News Anchor, Reporter, Video Journalist positions for Bloomberg Television, Comcast Sports, and NBC TV, among others.

Get free real-time news alerts from the Annapolis Patch. Harvey-Jones has her M.A. in Journalism from Birkbeck University of London and a B.S. in Psychology from Bristol University. “We’re excited to have Raychel join our staff. “I’m an admitted “Local News Junkie” so I’m happy to get back to those roots in a community like Annapolis” said Harvey-Jones.