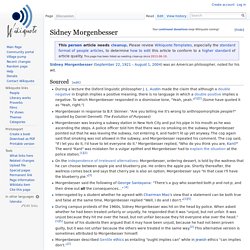 Sourced[edit] During a lecture the Oxford linguistic philosopher J. L. Aquatic ape hypothesis. Extant scientific consensus is that humans first evolved during a period of rapid climate fluctuation between wet and dry, and that most of the adaptations that distinguish humans from the great apes are adaptations to a terrestrial, as opposed to an earlier, arboreal environment. 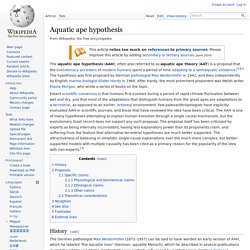 Few paleoanthropologists have explicitly evaluated AAH in scientific journals, and those that have reviewed the idea have been critical. The AAH is one of many hypotheses attempting to explain human evolution through a single causal mechanism, but the evolutionary fossil record does not support any such proposal. The proposal itself has been criticized by experts as being internally inconsistent, having less explanatory power than its proponents claim, and suffering from the feature that alternative terrestrial hypotheses are much better supported. History[edit] The idea received some interest after the article was published,[9] but was generally ignored by the scientific community thereafter. 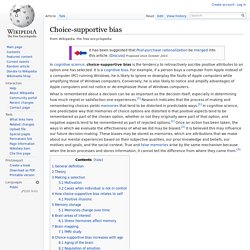 It is a cognitive bias. For example, if a person buys a computer from Apple instead of a computer (PC) running Windows, he is likely to ignore or downplay the faults of Apple computers while amplifying those of Windows computers. Conversely, he is also likely to notice and amplify advantages of Apple computers and not notice or de-emphasize those of Windows computers. General definition[edit] The tendency to remember one’s choices as better than they actually were, where people tend to over attribute positive features to options they chose and negative features to options not chosen.[1] Theory[edit] Experiments in cognitive science and social psychology have revealed a wide variety of biases in areas such as statistical reasoning, social attribution, and memory.[2] 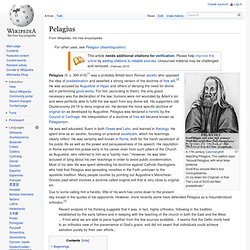 The caption says: "Accurst Pelagius, with what false pretence Durst thou excuse Man's foul Concupiscence, Or cry down Sin Originall, or that The Love of GOD did Man predestinate. " Pelagius (fl. c. 390-418)[1] was a probably British-born Roman ascetic who opposed the idea of predestination and asserted a strong version of the doctrine of free will.[2] He was accused by Augustine of Hippo and others of denying the need for divine aid in performing good works. For him (according to them), the only grace necessary was the declaration of the law; humans were not wounded by Adam's sin and were perfectly able to fulfill the law apart from any divine aid. His supporters cite Deuteronomy 24:16 to deny original sin. He denied the more specific doctrine of original sin as developed by Augustine. He was well educated, fluent in both Greek and Latin, and learned in theology. War pig. War pigs are pigs reported to have been used in ancient warfare, mostly as a countermeasure against war elephants. 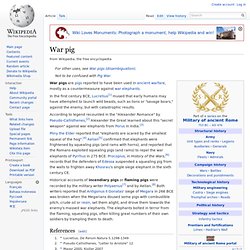 In the first century BCE, Lucretius[1] mused that early humans may have attempted to launch wild beasts, such as lions or "savage boars," against the enemy, but with catastrophic results. According to legend recounted in the "Alexander Romance" by Pseudo-Callisthenes,[2] Alexander the Great learned about this "secret weapon" against war elephants from Porus in India.[3] Pliny the Elder reported that "elephants are scared by the smallest squeal of the hog".[4] Aelian[5] confirmed that elephants were frightened by squealing pigs (and rams with horns), and reported that the Romans exploited squealing pigs (and rams) to repel the war elephants of Pyrrhus in 275 BCE. 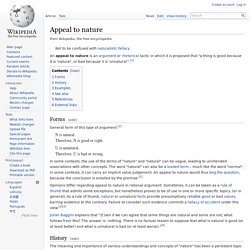 Therefore, N is good or right. U is unnatural. Therefore, U is bad or wrong. In some contexts, the use of the terms of "nature" and "natural" can be vague, leading to unintended associations with other concepts. Julian Baggini explains that "[E]ven if we can agree that some things are natural and some are not, what follows from this? Rubber duck debugging. Rubber duck debugging, rubber ducking,[1] and the rubber duckie test[2] are informal terms used in software engineering to refer to a method of debugging code. 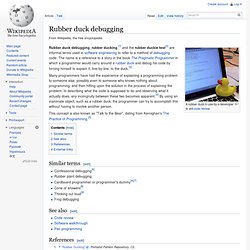 The name is a reference to a story in the book The Pragmatic Programmer in which a programmer would carry around a rubber duck and debug his code by forcing himself to explain it, line-by-line, to the duck.[3] Many programmers have had the experience of explaining a programming problem to someone else, possibly even to someone who knows nothing about programming, and then hitting upon the solution in the process of explaining the problem. In describing what the code is supposed to do and observing what it actually does, any incongruity between these two becomes apparent.[4] By using an inanimate object, such as a rubber duck, the programmer can try to accomplish this without having to involve another person.