Moving –like really moving– Writers. When I have a rough day at school for whatever reason–a challenging meeting, a botched lesson, a tricky planning problem–the one thing that helps me think and focus is running. 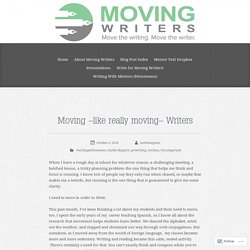 I know lots of people say they only run when chased, so maybe that makes me a weirdo, but running is the one thing that is guaranteed to give me some clarity. I need to move in order to think. This past month, I’ve been thinking a lot about my students and their need to move, too. I spent the early years of my career teaching Spanish, so I know all about the research that movement helps students learn better. We danced the alphabet, acted out the weather, and clapped and shimmied our way through verb conjugations. First, Some Physical Changes. Schools in Denmark Teach Students Empathy From a Young Age. Contrary to popular belief, most people do care about the welfare of others. 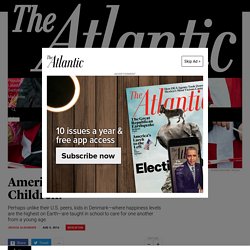 From an evolutionary standpoint, empathy is a valuable impulse that helps humans survive in groups. In American schools, this impulse has been lying dormant from a lack of focus. But in Denmark, a nation that has consistently been voted the happiest place in the world since Richard Nixon was president, children are taught about empathy from a young age both inside and outside of school.

Children in the Danish school system participate in a mandatory national program called Step by Step as early as preschool. The children are shown pictures of kids who are each exhibiting a different emotion: sadness, fear, anger, frustration, happiness, and so on. Another program, which is increasingly popular, is called CAT-kit. 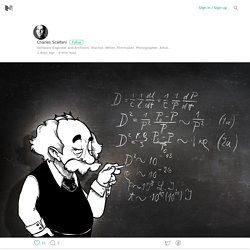 So you’d think that experts would be the best teachers, but they’re not. The question is why? Inquiry-Based Learning: The Power of Asking the Right Questions. As a fourth-grade teacher at an inquiry-based learning school, I've come to understand the importance of planning. 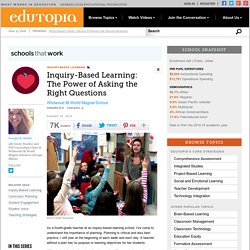 Planning is critical and also best practice. I still plan at the beginning of each week and each day. A teacher without a plan has no purpose or learning objectives for her students. Teachers: Much More Than You Wanted To Know. [Epistemic status: This is really complicated, this is not my field, people who have spent their entire lives studying this subject have different opinions, and I don’t claim to have done more than a very superficial survey. 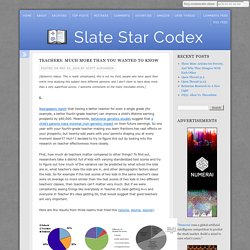 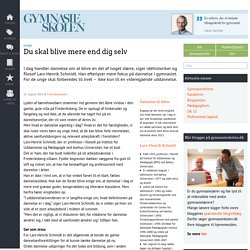 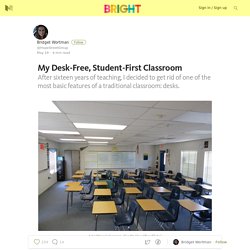 I remember my pride the very first time I set up my classroom. Dozens of desks sat in well-designed configurations across my classroom, shiny and clean. Elevmedvirkning i et målstyringssystem. Google Slides: Ask Questions DURING a Presentation - Teacher Tech. A typical drawback of presenting is the challenge of interactivity. 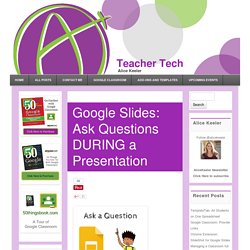 Even though we want people to ask us questions during a presentation, it can be difficult for audience members to ask. A new feature in Google Slides aims to fix that. Q&A During the Presentation Google Slides now allows the presenter to solicit questions from the audience during the presentation. The presenter is able to see the questions posted, as is the audience. Undervisningsmiljøet i 5.x. Digital selvskade - hvad er det? - Center for Digital pædagogik - Center for Digital pædagogik. 5 Chrome Apps for Student Creation. Pinterest Made with Canva Using Google Chrome for Student Creation. 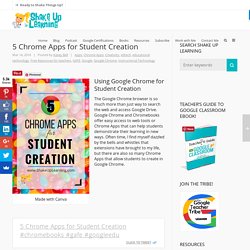 This War Of Mine. Margaret Heffernan: Dare to disagree. What is a game? And why it matters! Ed and Periodic Videos. How a High School Teacher Is 'Gamifying' World News. A new game called Fantasy Geopolitics (think Fantasy Football meets Model United Nations) is radically changing the way high school students in Minnesota are interacting with the news. 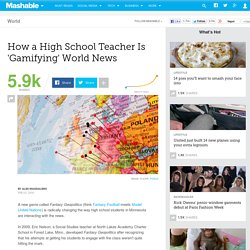 In 2009, Eric Nelson, a Social Studies teacher at North Lakes Academy Charter School in Forest Lake, Minn., developed Fantasy Geopolitics after recognizing that his attempts at getting his students to engage with the class weren't quite hitting the mark. “When I started teaching, the average ninth grader looked like a zombie in class,” Nelson told Mashable. “One night when I was lesson planning, I took a break and literally checked my Fantasy Football team and I had this realization that I was learning a lot about the NFL — things about football and the NFL I wouldn't have otherwise learned.” The next day Nelson proposed the idea to the class.

At first, the idea was met with skepticism, mostly due to the students’ lack of familiarity with how Fantasy Football works. What Teens Really Think About YouTube, Google+, Reddit and Other Social Media — Backchannel. Congo: We did whatever we wanted, says soldier who raped 53. In a small house on a hill overlooking Lake Kivu, a young Congolese soldier recounts the crimes he and his comrades committed in Minova a few months ago.

"Twenty-five of us gathered together and said we should rape 10 women each, and we did it," he said. Liste med ideer til opsamling af timen. Når der skal samles op på en time, kan gruppefremlæggelser være tæt på ligeså dræbende som elevpræsentationer. Gaming Gives Expression to the Horrors of Genocide, War « Techtonics. Posted April 3rd, 2015 at 2:00 pm (UTC+0) An illustration for the game ‘Hush’ depicts a mother and her infant, courtesy Jamie Antonisse. Twenty one years ago, on April 7, 1994, Hutu militias armed with clubs and machetes began a 100-day genocidal massacre of Rwanda’s minority Tutsi. When they were done, an estimated 800,000 people had perished. Bohemia Interactive Store. Why political board games have the power to change our view of the world.

We label board games as cerebral things; toys for the mind. I agreed, until I played Labyrinth, a title by CIA analyst Volko Ruhnke simulating the war on terror. Playing as the Jihadists, I put down a “Martyrdom Operation” card.

Gamification. Google. Synlig læring. Untitled. What I wish I'd known as a first year teacher. 1). Kids have needs that go far beyond anything in the curriculum or the content you teach. 2). Being tired and being mentally drained will become less of an issue over time, but do be sure to take care of yourself and tend to your basic needs like health and sleep.

Shanna Peeples, who teaches high school English teacher in Amarillo, Texas, received the top prize. Last month in Dubai, a teacher from Maine took home the first ever Global Teacher Prize and $1 million. Nancie Atwell is using her time in the spotlight to continue her life’s work. The NewsHour’s April Brown reports for our American Graduate series, a public media initiative funded by the Corporation for Public Broadcasting. Teacher spends two days as a student and is shocked at what she learns. A student takes notes at Woodrow Wilson High School in Washington D.C. (AP Photo/Charles Dharapak) Do teachers really know what students go through?