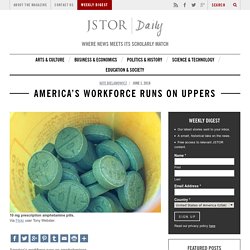 More specifically, it runs on Adderall (dextroamphetamine), Vyvanse (lisdexamfetamine), Focalin (dexmethylphenidate), and Concerta (methylphenidate), all commonly used to treat attention-deficit/hyperactivity disorder. Over the past five years, reports of a growing amphetamine epidemic in the United States have surfaced in unlikely places: From gym rats to Hollywood actresses to fearful college kids and stressed writers, there’s been no lack of exposés and personal interviews on the country’s prescription amphetamine and methamphetamine users. The U.S. saw a 53% increase in ADHD prescriptions between 2008 and 2012. Yet of all the reports, some of the most disturbing have been those chronicling the use of ADHD drugs to keep up in the workplace. Abuse by young professionals is distressingly common—Wall Street traders, software engineers, dentists, nurses, and lawyers, all cracked out of their minds trying to keep up with the competition. Mean People Fail. November 2014 It struck me recently how few of the most successful people I know are mean. 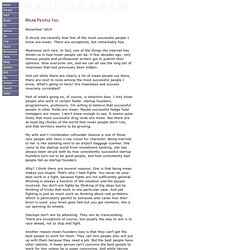 There are exceptions, but remarkably few. Meanness isn't rare. In fact, one of the things the internet has shown us is how mean people can be. A few decades ago, only famous people and professional writers got to publish their opinions. And yet while there are clearly a lot of mean people out there, there are next to none among the most successful people I know. Part of what's going on, of course, is selection bias. My wife and Y Combinator cofounder Jessica is one of those rare people who have x-ray vision for character. Why? Colouring music with the Music Animation Machine: Etienne Abelin at TEDxAmsterdam. How to ask for a raise. 10 Team Motivation Killers and How to Fix Them. Silk Road Lawyers Poke Holes in FBI’s Story.

New court documents released this week by the U.S. government in its case against the alleged ringleader of the Silk Road online black market and drug bazaar suggest that the feds may have some ‘splaining to do. 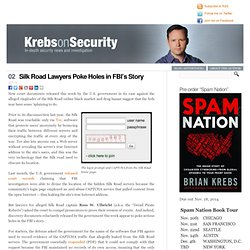 The login prompt and CAPTCHA from the Silk Road home page. Prior to its disconnection last year, the Silk Road was reachable only via Tor, software that protects users’ anonymity by bouncing their traffic between different servers and encrypting the traffic at every step of the way. Tor also lets anyone run a Web server without revealing the server’s true Internet address to the site’s users, and this was the very technology that the Silk road used to obscure its location. But lawyers for alleged Silk Road captain Ross W. Ulbricht (a.k.a. the “Dread Pirate Roberts”) asked the court to compel prosecutors to prove their version of events. “The IP address listed in that file — 62.75.246.20 — was the front-end server for the Silk Road,” Weaver said. How I Rewired My Brain to Become Fluent in Math - Issue 17: Big Bangs.

I was a wayward kid who grew up on the literary side of life, treating math and science as if they were pustules from the plague. 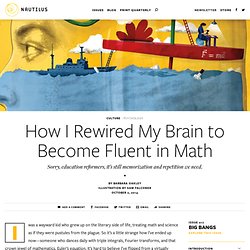 So it’s a little strange how I’ve ended up now—someone who dances daily with triple integrals, Fourier transforms, and that crown jewel of mathematics, Euler’s equation. It’s hard to believe I’ve flipped from a virtually congenital math-phobe to a professor of engineering. One day, one of my students asked me how I did it—how I changed my brain.

I wanted to answer Hell—with lots of difficulty! After all, I’d flunked my way through elementary, middle, and high school math and science. Learning math and then science as an adult gave me passage into the empowering world of engineering. In the years since I received my doctorate, thousands of students have swept through my classrooms—students who have been reared in elementary school and high school to believe that understanding math through active discussion is the talisman of learning. La solution existe. Ca m’ennuie, j’avais écrit un truc et puis je m’étais dit non, laisse tomber. 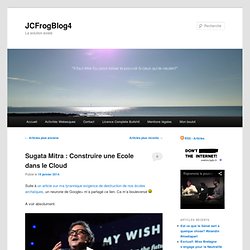