Theconversation. A friend reckons he has it good. 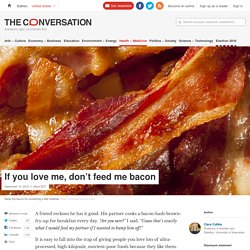 His partner cooks a bacon-hash-brown-fry-up for breakfast every day. “Are you sure?” “24 Great Benefits of Elephant Foot Yams” – OMTimes Writer's Community. This huge yam also called Amorphophallus Paeoniifolius and Suran in Hindi grows in Africa and Asia and can weigh as much as 30 lbs… and has many great health benefits. 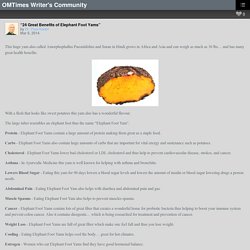 With a flesh that looks like sweet potatoes this yam also has a wonderful flavour. The large tuber resembles an elephant foot thus the name “Elephant Foot Yam”. Cytochrome P450. The cytochrome P450 superfamily of monooxygenases (officially abbreviated as CYP) is a large and diverse group of enzymes that catalyze the oxidation of organic substances. 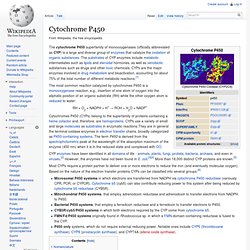 The substrates of CYP enzymes include metabolic intermediates such as lipids and steroidal hormones, as well as xenobiotic substances such as drugs and other toxic chemicals. CYPs are the major enzymes involved in drug metabolism and bioactivation, accounting for about 75% of the total number of different metabolic reactions.[1] The most common reaction catalyzed by cytochromes P450 is a monooxygenase reaction, e.g., insertion of one atom of oxygen into the aliphatic position of an organic substrate (RH) while the other oxygen atom is reduced to water: How to change your life for the better in just one month. Blogger Svetlana Pokrevskaya makes a bold promise to all those who carry out her plan: in just one month's time, you won't recognise yourself. 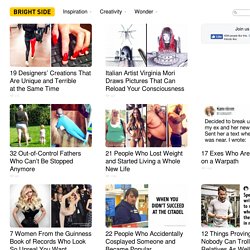 As she explains, "Recently I received a letter from one of my readers. 'Hi, Svetlana! This Will Shock You, But This Juice Successfully Prevents Cancer, Diabetes, Gastritis And Lowers Blood Pressure – HEALTHY FOOD ADVICE. Did you know that the juice of potato is more effective than any medicine and proven to treat cancer, diabetes, gastritis, high blood pressure and many other serious illnesses? 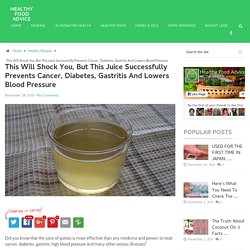 Useful properties of raw potatoes have long been known to folk medicine, but despite that, we still think it should not be consumed raw potatoes. It’s a mistake, because in its raw form, potatoes are very healthy and extremely useful food. Problem loading page. Lime Water. Lime water is a favorite quencher for many of us, especially on hot summer days.

There are various reasons why you should go for a glass of lime water over that soda. Besides being cheaper, it tastes good and is much healthier. Introducing the Anti-Cleanse: 6 Ways to Get Healthy With Arcade Fire’s Sarah Neufeld. On a recent Saturday in Brooklyn, Sarah Neufeld stood quietly in a light-filled studio, her arms and legs spread into a Warrior pose. 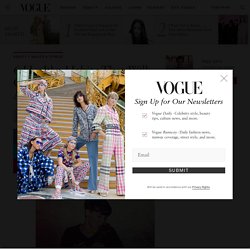 Neufeld, the indie-rock violinist of Arcade Fire and Bell Orchestre fame, had just arrived at the new Williamsburg studio of Modo Yoga—the practice she cofounded in 2012—which lies a short walk away from her Greenpoint home. “It’s great to be able to put your creativity into something different,” Neufeld told me. “When we were building our first Modo in the West Village, I composed my first solo album at the same time.”