Water behaves differently from all other liquids, and we finally know why. 16 free E-books to kickstart your Artificial Intelligence programming. If you have been searching for AI books to help you with as good start then you have come to the right place these book covers the basics to high end stuff. 1. A Course in Machine Learning Machine learning is the study of computer systems that learn from data and experience. It is applied in an incredibly wide variety of application areas, from medicine to advertising, from military to pedestrian. Any area in which you need to make sense of data is a potential customer of machine learning. Download At : Link 2. An introduction to Prolog programming for artificial intelligence covering both basic and advanced AI material. Download At : Link 3. Covers the mathematical logic necessary to computer science, emphasising algorithmic methods for solving proofs.

Download At : Link. 16 free E-books to kickstart your Artificial Intelligence programming. NASA finds a large amount of water in an exoplanet's atmosphere. Much like detectives study fingerprints to identify the culprit, scientists used NASA's Hubble and Spitzer space telescopes to find the "fingerprints" of water in the atmosphere of a hot, bloated, Saturn-mass exoplanet some 700 light-years away. 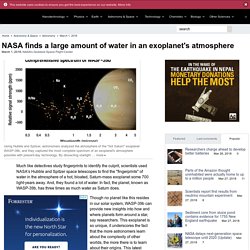 The Alchemy of Symbols - Appliedjung. Thank you both so much for opening my inner and outer eyes, my heart, my soul ever more to the magic of the alchemical process. 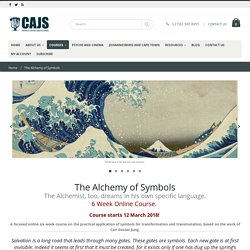 Natalie Thank you for this course. Understanding A 10 Dimensional Universe. In Brief The reality of dimensions and how they play a role in the ordering of our universe is really quite different from the popular characterization of "parallel universes. 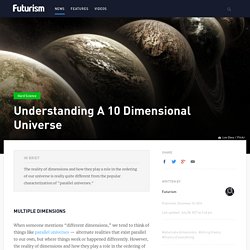 " Multiple Dimensions When someone mentions “different dimensions,” we tend to think of things like parallel universes — alternate realities that exist parallel to our own, but where things work or happened differently. Archaeologists Discover Something Truly Bizarre in an Isolated Medieval Graveyard. An alien-looking underground plant was just rediscovered, 150 years after we last saw it. Thismia neptunis is a fickle plant. 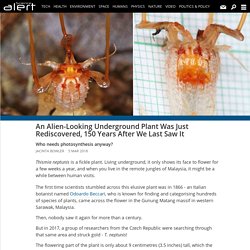 Living underground, it only shows its face to flower for a few weeks a year, and when you live in the remote jungles of Malaysia, it might be a while between human visits. The first time scientists stumbled across this elusive plant was in 1866 - an Italian botanist named Odoardo Beccari, who is known for finding and categorising hundreds of species of plants, came across the flower in the Gunung Matang massif in western Sarawak, Malaysia.

Then, nobody saw it again for more than a century. Watch Stephen Hawking casually explain what existed before the Big Bang. Technique to see objects hidden around corners. A driverless car is making its way through a winding neighborhood street, about to make a sharp turn onto a road where a child's ball has just rolled. 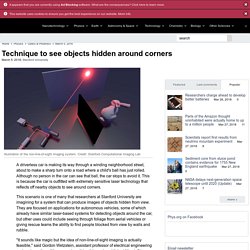 Although no person in the car can see that ball, the car stops to avoid it. How I escaped from Islamic State's sexual slavery. In a small village of Kojo in northern Iraq, Farida was living a "simple" life, harbouring dreams about the one thing many Western teens see as interfering with their daily life — school.

"We didn't have that big of dreams. My big dream was to continue school to become a maths teacher," she told the ABC. Later, that very school would forever be stamped in the villagers' memories as a place where their families were murdered. Born into a family of four brothers and a father who worked for the Iraqi Army, Farida developed a quality she later associated with saving her life.

Digg - What the Internet is talking about right now. Teachers Reveal The Most Bizarre Parent Complaints – HealthyWay. I love teachers. 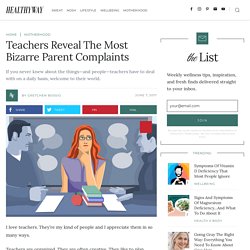 They’re my kind of people and I appreciate them in so many ways. Teachers are organized. They are often creative. They like to plan ahead, and they’ve committed their entire career not only to teaching the basics but to changing lives year after year. Teachers are heroes! The Vintage Supercars Rotting away in a Forest (and that's how the owner wants it) Footnotes from the World's Greatest Bookstores by Bob Eckstein. “Enchanting paintings…colorful quotes and anecdotes, a testimony to the continuing vibrancy of print books.” – USA Today. 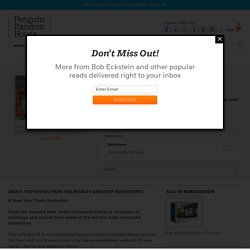 Russian spy attack: Rudd calls emergency Cobra meeting. Investigators have been summoned for emergency talks on the inquiry in Salisbury, where the repercussions of a suspected nerve agent attack continue to grow. 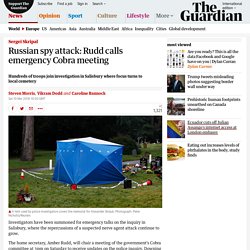 The home secretary, Amber Rudd, will chair a meeting of the government’s Cobra committee at 3pm on Saturday to receive updates on the police inquiry, Downing Street said. The Russian double agent Sergei Skripal, 66, and his daughter Yulia, 33, remain in critical condition in hospital after being exposed to a toxic substance in the Wiltshire city last Sunday. DS Nick Bailey, who was part of the initial response by authorities, is also in a serious condition. Almost 200 members of the armed forces arrived on the streets of Salisbury on Friday to support police investigating the nerve agent attack on the Skripals. A Ministry of Defence spokesman said armed forces personnel would return to Salisbury in similar numbers on Saturday as the investigation and cleanup operation continued. 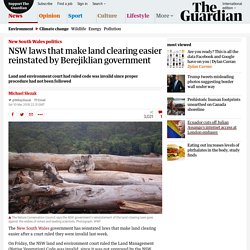 On Friday, the NSW land and environment court ruled the Land Management (Native Vegetation) Code was invalid, since it was not approved by the NSW environment minister before it was implemented by the primary industries minister. The Politics of Ecology, Jung Letters, Principles of Sustainable Development, Propoganda in a Democratic Society : Free Download &amp; Streaming : Internet Archive. Scientists just discovered a strange new type of ice inside deep-Earth diamonds. Once you learn these 9 lessons from Confucius, your priorities in life will completely change. Ever heard of Confucius? Raspberry Pi goes Android Auto: Now you can build your own cheap car head unit.

His demo model, spotted by Android Police, uses a suction cup attached to the rear of the Raspberry Pi 3 tablet with Crankshaft displaying apps from a USB-connected Android phone in a larger driver-friendly format. The Raspberry Pi is also connected to the car stereo via a 3.5mm headphone jack. Previous and related coverage. How Wikipedia Chose the Image for the ‘Human’ Entry. A Stable Plasma Ring Has Been Created in Open Air for the First Time.

Businessinsider. During the summer of 1950, physicist Enrico Fermi posed a question to his colleagues over lunch, "Don't you ever wonder where everybody is? " Fermi was referring to alien life. In the 4.4 billion years it took a species capable of space travel to form on Earth, Fermi proposed that the galaxy should have been overrun with intelligent, technologically-advanced aliens. Yet, we have no evidence of this despite decades of searching. This conundrum became known as the Fermi Paradox. Scientists have proposed many theories over the decades, including planetary scientist, Alan Stern, who has the latest idea. This book contains an invisible 1,400-year-old text we can only read with X-rays. Humans bred with this mysterious species more than once, new study shows. This is our plan for deflecting a massive asteroid heading straight for us in 2135.

New Theory for Life Suggests It Was Not an Accident of Biology. It Was Physics. Mathematics visionary wins Abel Prize for 'Grand unified theory of maths' Physicists are about to attempt the 'impossible' - turning light into matter. Theoretically, it should be possible to turn light into matter. Enormous X-Shaped Structure Discovered At The Center of The Milky Way.