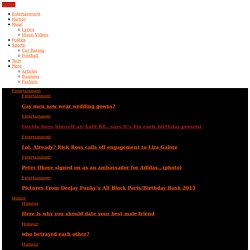 Hopefully, after reading this post, your time spent in front of the computer will become a bit more healthy, productive, and easily managed. Here are 13 programs we think you must have on your computer. Enjoy reading through. 1. Bitrix24 Bitrix24 is a multi-purpose program free to companies with fewer than 12 employees. 2. f.lux You know how you’re not supposed to sit in front of LED screens and expose yourself to blue light at night if you want to sleep well?

F.lux can help with that. I’ve been using f.lux for over a year and I really recommend it. 3. RescueTime sends you weekly reports on how you’ve spent your time by the computer. You can personally adjust what kind of activities you want RescueTime to consider productive or distractive. 4. Want to appear hard-to-get by waiting to reply to someone, but afraid you’ll forget to reply if you wait too long? 5.

Tools required to maintain system and for administrators 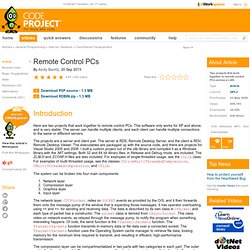 This software only works for XP and above, and is very stable. The server can handle multiple clients, and each client can handle multiple connections to the same or different servers. The projects are a server and client pair. The server is RDS, Remote Desktop Server, and the client is RDV, Remote Desktop Viewer. The system can be broken into four main components: Network layer Compression layer Graphics layer Input layer The network layer, CTCPSocket, relies on SOCKET events as provided by the O/S, and it then forwards them onto the message pump of the window that is expecting those messages. The compression layer can be compartmentalized in two parts with two categories in each part. The graphics layer is another area that is multi-threaded. The input layer is in the client code. There are two areas of the code which still need attention.

History 20th October, 2009 This update adds MDI support to the system. IPCop - Home. Guard Your Network with IPCop, Part 1: Installation Basics. The classic version of IPCop 1.4.20, which was released on July 24, 2008, was immediately upgraded to the 1.4.21 ISO installer. 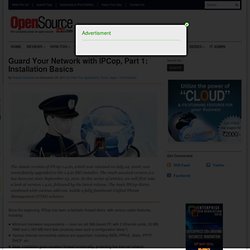 The much awaited version 2.0 has been out since September 23, 2011. In this series of articles, we will first take a look at version 1.4.21, followed by the latest release. The basic IPCop distro, combined with various add-ons, builds a fully functional Unified Threat Management (UTM) solution. Since the beginning, IPCop has been a fantastic firewall distro, with various useful features, including: Minimum hardware requirements — even an old 386-based PC with 2 Ethernet cards, 32 MB RAM and a 300 MB hard disk (anybody seen such a configuration lately?) Before starting the installation, let us go over the basics of IPCop. One can fine-tune the IPCop installation depending on organisational requirements. During the installation process, IPCop probes, detects and allots various network cards to the corresponding interfaces.

Figure 1: IPCop reference network. Learn the Art of Encryption. When did you last feel that you ought to have secured that important file so nobody else could view it without your permission? 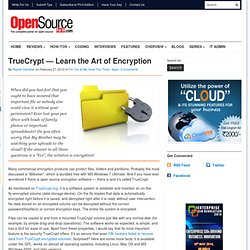 Ever lost your pen drive with loads of family photos or important spreadsheets? Do you often worry that Big Brother may be watching your uploads to the cloud? If the answer to all those questions is a “Yes”, the solution is encryption! Many commercial encryption products can protect files, folders and partitions. Probably the most discussed is “Bitlocker”, which is bundled free with MS Windows 7 Ultimate. As mentioned on TrueCrypt.org, it is a software system to establish and maintain an on-the-fly-encrypted volume (data storage device). Files can be copied to and from a mounted TrueCrypt volume just like with any normal disk (for example, by simple drag-and-drop operations).

Linux triks or softwares or bads and goods