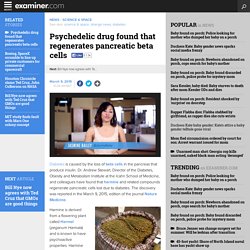 Dr. Andrew Stewart, Director of the Diabetes, Obesity and Metabolism Institute at the Icahn School of Medicine, and colleagues have found that harmine and related compounds regenerate pancreatic cells lost due to diabetes. The discovery was reported in the March 9, 2015, edition of the journal Nature Medicine. Harmine is derived from a flowering plant called Harmal (peganum Harmala) and is known to have psychoactive properties. Harmine was found to initiate the growth of beta cells at a rate similar to the rate that is seen in children. The scientists have identified the mechanistic and genetic pathways that harmine uses to produce a growth spurt in beta cells. The researchers proved that harmine works in mice that were genetically modified to have diabetes.

Workaway.info the site for free work exchange. Gap year volunteer for food and accommodation whilst travelling abroad. Earthships: The Power of Unconventional Ideas - Beautiful and Abundant Blog. The Likely Cause of Addiction Has Been Discovered, and It Is Not What You Think. From Johann Hari, author of ’Chasing The Scream: The First and Last Days of the War on Drugs’ It is now one hundred years since drugs were first banned — and all through this long century of waging war on drugs, we have been told a story about addiction by our teachers and by our governments. 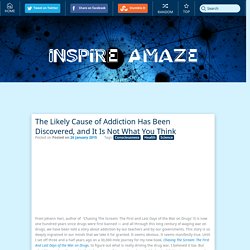 This story is so deeply ingrained in our minds that we take it for granted. It seems obvious. It seems manifestly true. Fourteen Years of Clinical Research with Ayahuasca - Jordi Riba. A few photos from the San Gabriel Winter Show - Cacti & Succulents Forum. This commune in BC lets you live for free and pays you in drugs. Brought to you by: Poole picked out a white dried-up mushroom the size of my thumb and snapped it in two. 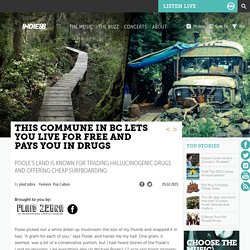 “A gram for each of you,” says Poole, and hands me my half. One gram, it seemed, was a bit of a conservative portion, but I had heard stories of the Poole’s Land mushrooms. Like everything else on Michael Poole’s 17 acre rain forest property, the mushrooms grew with a powerful vitality which didn’t exist out east. Hacking the Tripping Mind: A Fantastic Voyage Through Inner Space. Pay attention. 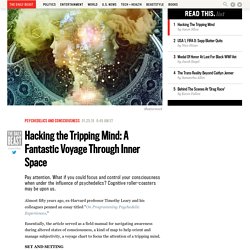 What if you could focus and control your consciousness when under the influence of psychedelics? Cognitive roller-coasters may be upon us. Almost fifty years ago, ex-Harvard professor Timothy Leary and his colleagues penned an essay titled "On Programming Psychedelic Experiences. " Essentially, the article served as a field manual for navigating awareness during altered states of consciousness, a kind of map to help orient and manage subjectivity, a voyage chart to focus the attention of a tripping mind. The basic premise was that if you could carefully curate the environment, and then pattern, sequence, and control the set of stimuli that individuals would be exposed to while under the influence of a mind-altering chemical or plant, you could orient awareness towards useful spaces of mind. New psychedelic species of lichen discovered: Dictyonema huaorani. A new species of lichen has been discovered in the Ecuadorian Amazon rainforest, according to a recent paper published in The Bryologist. 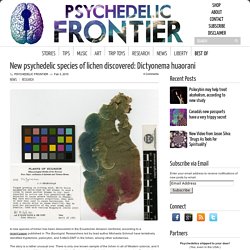 Researchers led by lead author Michaela Schmull have tentatively identified tryptamine, psilocybin, and 5-MeO-DMT in the lichen, among other substances. The story is a rather unusual one. Indica, Sativa, Ruderalis - Did We Get It All Wrong? Since the 1970s, cannabis has been divided into three sub-species (often confused as different species), C. indica, C. sativa, C. ruderalis, with ruderalis largely being considered ‘wild cannabis,’ not fit for medicinal or recreational uses. 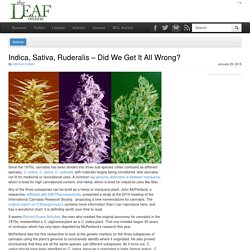 A common lay-persons distinction is between marijuana, which is bred for high cannabinoid content, and hemp, which is bred for industrial uses like fiber. Any of the three subspecies can be bred as a hemp or marijuana plant. John McPartland, a researcher affiliated with GW Pharmaceuticals, presented a study at the 2014 meeting of the International Cannabis Research Society, proposing a new nomenclature for cannabis.

Egg And Bacon Tarts Recipe. DMT Vaults : DMT and the Pineal: Fact or Fiction? by Jon Hanna. A well-known factoid bandied about by psychedelic drug geeks is the idea that DMT, or some other psychoactive tryptamine, is produced by the pineal gland. 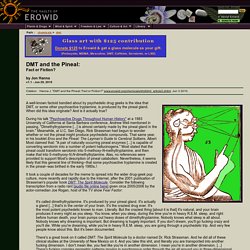 When did this idea originate? And is it actually true? During his talk "Psychoactive Drugs Throughout Human History" at a 1983 University of California at Santa Barbara conference, Andrew Weil mentioned in passing, "Dimethyltryptamine [...] is almost certainly made by the pineal gland in the brain. " Meanwhile, at U.C. San Diego, Rick Strassman had begun to wonder whether or not the pineal might produce psychedelic compounds. 40 Epic Ways To Stop Procrastinating. Sports Free Bet. Www.liquitex.com/samplerequest/ Coffee cuisine challenge. Kelly's Vegies - Fruit & Vegetable Home Delivery South England. 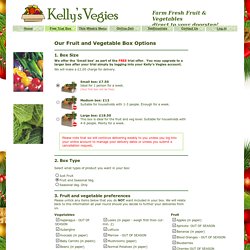 Box Size We offer the 'Small box' as part of the FREE trial offer. You may upgrade to a larger box after your trial simply by logging into your Kelly's Vegies account. We will make a £2.00 charge for delivery. Please note that we will continue delivering weekly to you unless you log into your online account to manage your delivery dates or unless you submit a cancellation request. 2. Select what types of product you want in your box: 3. Please untick any items below that you do NOT want included in your box. 4. Eggs can be delivered with your box either on a weekly or a fortnightly basis. Please select the number of boxes of large free range eggs you would like included with your order. 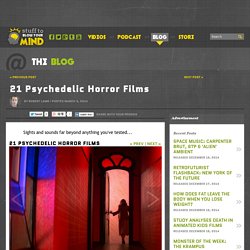