Nicki Minaj - Only (Lyric) ft. Drake, Lil Wayne, Chris Brown. Add text to frames in InDesign. Royal wedding: Rise of the wedding planner. Few weddings will be as prestigious as that of Kate Middleton's to Prince William, but it's not just the royal couple who are turning to professional help to organise their big day. 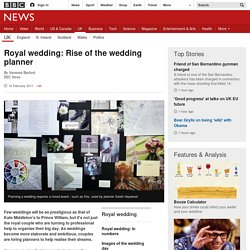 As weddings become more elaborate and ambitious, couples are hiring planners to help realise their dreams. As many couples that have embarked upon the journey into marital bliss have found, few people are fully prepared for the flurry of activity that follows an engagement. First there is the family feeding frenzy - the metaphorical cake that everyone wants a bite of. Then there is the actual wedding cake, the ordering of which comes somewhere after the venue, date and band is booked but before the wedding invitations are sent out and the table plan is tampered with. New bridal and groom dresses collection by faraz manan ~ Just Bridal. New bridal and groom dresses collection by faraz manan collection of matching dresses for both girls and boys. 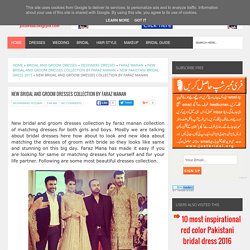 Mostly we are talking about bridal dresses here how about to look and new idea about matching the dresses of groom with bride so they looks like same and stunning on this big day. Faraz Mana has made it easy if you are looking for same or matching dresses for yourself and for your life partner. Following are some most beautiful dresses collection. Following images and dresses are designed by Faraz Mana, we did not own any design or product shown in pictures. 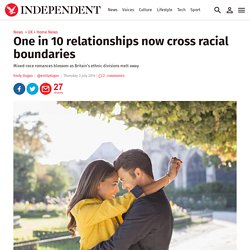 In total, 2.3 million people are now living in inter-ethnic relationships. The proportion of all couples composed of people of different ethnic backgrounds has increased from 7 per cent in 2001 to 9 per cent in 2011, as the country’s growing multi-culturalism influences our romantic choices. Reflecting the wave of immigration from Eastern European countries since the expansion of the EU in 2004, the most common inter-ethnic relationship is between people who are white British and those who class themselves as “other white” (most from countries such as Poland). These make up 16 per cent of all mixed-race couples. Two in five of all inter-ethnic relationships include someone who is white British, the new data from the 2011 census shows. Case study: British/Chinese couple. 2011 Census Analysis, Ethnicity and religion of non-UK born population in England and Wales: 2011 Census. 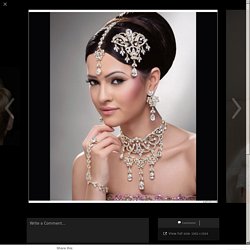 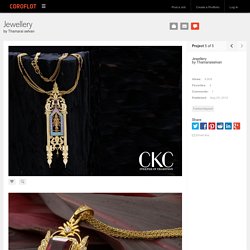 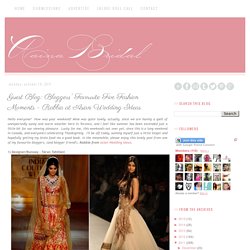 How was your weekend? Mine was quite lovely, actually, since we are having a spell of unexpectedly sunny and warm weather here in Toronto, and I feel like summer has been extended just a little bit for our viewing pleasure. Lucky for me, this weekend's not over yet, since this is a long weekend in Canada, and everyone's celebrating Thanksgiving. Highfashionpakistan: Ali Xeeshan’s “The Royal... - pushing hoops with sticks. Highfashionpakistan: Ali Xeeshan’s “The Royal... - pushing hoops with sticks. Elan Bridal Collection 2014. If you follow Pakistani fashion then you will already be familiar with Elan by Khadijah Shah – the brand is synonymous with intricate details. 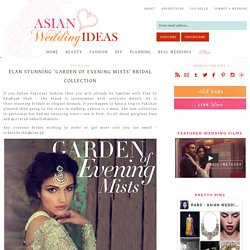 Be it their stunning bridals or elegant formals. If you happen to have a trip to Pakistan planned then going to the store in Gulberg, Lahore is a must. Elan, The Jasmine Court, F/W 2015 - High Fashion Pakistan. Best of India Bridal Couture Week 2013. Inside India’s Big Fat $38 Billion Wedding Market, Part 1. NEW DELHI, India — While the rest of the fashion world may have entered its late summer slumber, India’s fashion industry is gearing up for its prime time moment: the unfathomably large, opulent and over-the-top Indian wedding season. 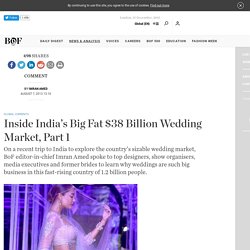 Depending on whose numbers you believe, there are somewhere between one and ten million weddings in India each year. Last November, on a particularly auspicious date on the Hindu calendar, a staggering 60,000 weddings took place in New Delhi alone ­— all in one evening — bringing traffic in the city to a standstill. The non-stop nuptials won’t begin in earnest until October, when the monsoon rains have disappeared and the summer heat has melted away, reaching a crescendo in November and December, and then again in the spring. Inside India’s Big Fat $38 Billion Wedding Market, Part 2. NEW DELHI, India — Here in India, there are hundreds of bridal designers and tens of thousands of tailors and seamstresses working with families on wedding outfits at any given time. 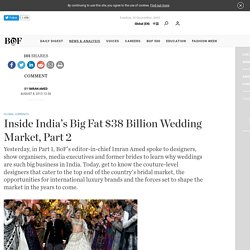 But there are only a handful of top designers who operate at the couture level, serving the ultra high net worth individuals who make the phrase “big fat Indian wedding” seem like an understatement. Couture-Level Designers There is the elusive and exclusive duo Abu Jani and Sandeep Khosla, who tend to work only with the very top Bollywood stars and business moguls and, reportedly, do not reveal the prices of their garments until after they have been delivered.

Then, there is the thoughtful and principled Anamika Khanna, who approaches her work like an artist, which has made her something of the Indian designers’ designer. Young firm woos Asian wedding fair. Asian Bride Live, among the biggest Asian wedding fairs in the UK, has been brought to Birmingham by one of the city’s youngest companies. 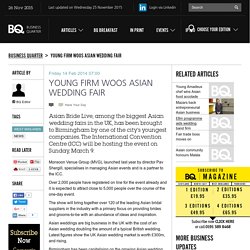 The International Convention Centre (ICC) will be hosting the event on Sunday, March 9. Monsoon Venue Group (MVG), launched last year by director Pav Shergill, specialises in managing Asian events and is a partner to the ICC. Over 2,000 people have registered on line for the event already and it is expected to attract close to 5,000 people over the course of the one-day event. The show will bring together over 120 of the leading Asian bridal suppliers in the industry with a primary focus on providing brides and grooms-to-be with an abundance of ideas and inspiration. Asian weddings are big business in the UK with the cost of an Asian wedding doubling the amount of a typical British wedding.

“Indeed, it is a great testament to Birmingham, along with the Midlands region, that it was chosen over cities in the UK. Each Year UK Weddings are Worth £10 billion : hitched W.I.F.E. The Beautiful Clothes of India : Photo. Imran Khan marries ex-BBC journalist. In a country where weddings are huge undertakings, the elite usually mark the occasion with elaborate, multiday affairs during which hordes of guests must be catered for. But during a national emergency over terrorism and in the face of the deep disapproval of some family members, Pakistan’s most famous former sports star turned politician remarried on Thursday in a low-key ceremony attended by a handful of friends. Despite repeated rumours of Imran Khan’s nuptials there had been no official confirmation he would marry former BBC journalist Reham Khan until a few pictures of the pared-down ceremony flashed across the nation’s TV screens.

For Pakistan’s news channels it was the equivalent of a starting pistol fired on a sudden royal wedding, but with no footage to satisfy the audience.