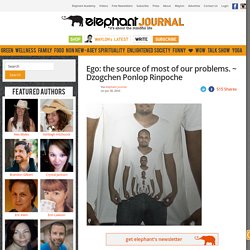 Imagine standing on a scenic mountain peak and looking out at the world in all directions without any obstructions. These days, if we see someone behaving selfishly, we might say they’re “being egotistical.” If someone thinks you have a really “big ego,” they may even post a blog calling you an “egomaniac.” From the standpoint of our mental health, it’s important to have self-esteem or what some psychologists call “a healthy ego.”

Buddhist definition of Ego and Desire. The feeling of a separate "I", which we call ego-consciousness, is directly related to the strength of ignorance, greed, and hatred. 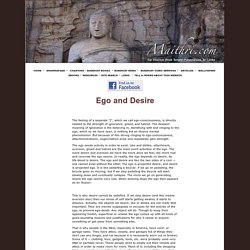 The deepest meaning of ignorance is the believing in, identifying with and clinging to the ego, which as we have seen, is nothing but an illusive mental phenomenon. But because of this strong clinging to ego-consciousness, attachment/desire, anger/hatred arise and repeatedly gain strength. How to word your questions — Angelo Nasios. Questions, they are the reason we approach the tarot or any divinatory tool. 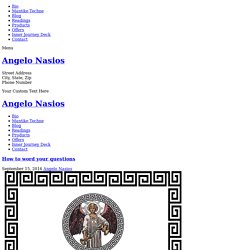 We may be facing a difficult situation in our lives, a tough relationship, and an important decision that needs careful consideration or some small curiosity. Tarot is a tool, which answers questions. The way a question is asked is very important. How to Ask Powerful Questions in Your Lenormand Readings - Café Lenormand℠ AMAZON DISCLOSURE: CafeLenormand.com (Well Read Gnome, LLC) is a participant in the Amazon Services LLC Associates Program, an affiliate advertising program designed to provide a means for sites to earn advertising fees by advertising and linking to Amazon properties including, but not limited to, amazon.com. 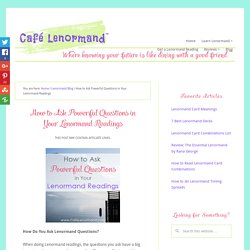 Full Disclosure and Privacy Policy Legal disclaimer: Lenormand and other readings are for entertainment only. In no way should they be taken as medical, legal, or other professional advice. 7 tips to attract fortune by divination. Have you ever heard of the saying, “You can never tell whether a prophecy will hit or miss” before? 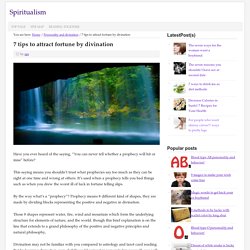 This saying means you shouldn’t trust what prophecies say too much as they can be right at one time and wrong at others. It’s used when a prophecy tells you bad things such as when you drew the worst ill of luck in fortune telling slips. By the way what’s a “prophecy”? Prophecy means 8 different kind of shapes, they are made by dividing blocks representing the positive and negative in divination. PALO MONTENEGRO KIMBISA QUIEN VENCE!: LOS 16 SIGNOS DEL CHAMALONGO. Versión Esotérica, Solo Para Iniciados. Approaching the Aro gTér. Self-confidence is not a feeling of superiority, but of independence. 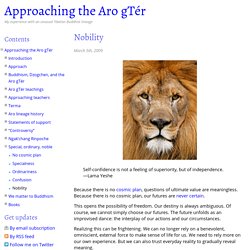 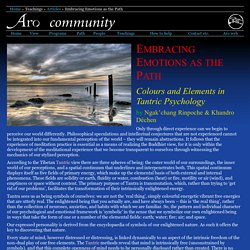 Philosophical speculations and intellectual conjectures that are not experienced cannot be integrated into our fundamental perception of the world – they will remain abstractions. It follows that the experience of meditation practice is essential as a means of realizing the Buddhist view, for it is only within the development of the meditational experience that we become transparent to ourselves through witnessing the mechanics of our stylized perception. Budismotibetano javier guerra - todo sobre el budismo tibetano. Manjushri, la espada flameante – Entorno de Paz. Untitled. Armstrong Economics 101. Spillover from @Black_Dwarf. Emptiness, form, and Dzogchen ethics – Vividness. For a hundred years, the West has wrestled with the problem of ethical nihilism. 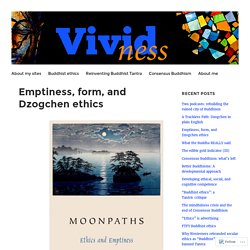 God’s commands once provided a firm foundation for morality; but then he died. All attempts to find an alternative foundation have failed. Why, then, should we be moral? How can we be sure what is moral? Robert Kegan. Robert Kegan (born August 24, 1946) is an American developmental psychologist and author. 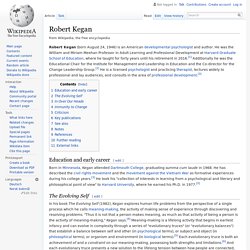 He was the William and Miriam Meehan Professor in Adult Learning and Professional Development at Harvard Graduate School of Education, where he taught for forty years until his retirement in 2016.[1] Additionally he was the Educational Chair for the Institute for Management and Leadership in Education and the Co-director for the Change Leadership Group.[2] He is a licensed psychologist and practicing therapist, lectures widely to professional and lay audiences, and consults in the area of professional development.[3] Education and early career[edit] The Evolving Self[edit] Western Buddhism is Dead (Long Live Western Buddhism) - Buddhist Geeks. Buddhist ethics. Buddhist ethics are traditionally based on what Buddhists view as the enlightened perspective of the Buddha, or other enlightened beings such as Bodhisattvas. 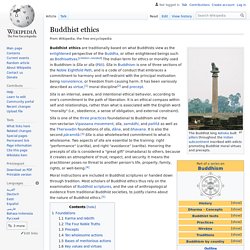 “Buddhist ethics” is actually a collection of self-aggrandizing strategies for gaining social status within the left side of the Western cultural divide. “Buddhist ethics” actively obstructs Buddhists’ moral and personal development. Reinventing Buddhist Tantra – Vividness. A conversation has begun about what post-Consensus Buddhisms could be. I will join in by suggesting renewed Buddhist Tantra as a possibility. Tantra aims in a direction many people want to go—quite a different direction from mainstream Buddhism.

So its goal is inspiring; and its path can be exhilarating. That might seem unlikely. “Isn’t Tibetan Buddhism incredibly conservative? Sutrayana – Vividness. Buddhist Tantra defines itself partly by contrast with “Sutrayana.” “Sutrayana” is supposed to mean “all non-Tantric Buddhism.” My next post will compare the two point-by-point. The differences are stark; perhaps shocking, even. A crude summary: Sutrayana says life sucks totally, so you should separate yourself from the world and try to escape into Nirvana—but that is effectively impossible. Beyond emptiness: Zen, Tantra, and Dzogchen – Vividness. Buddhist Tantra begins where Sutrayana ends: at emptiness.

Tantra concerns the realms beyond emptiness, about which mainstream Buddhism (Sutrayana) has nothing to say. Few Buddhist systems go beyond emptiness. This post is a humorous sketch of the differences among three: Zen, Tantra, and Dzogchen. Blog – Will Buckingham. So there I was, warming my toes by the fire in my little house, listening to the howl of the wind, when there was a knock, knock, knock! On the door. I put down my pen and went over to see who it was.

‘Writers don’t like visitors,’ I muttered to myself. ‘Particularly not when they are busy writing.’ Budismo Mexico. How should an atheist read the Bible? - Quora. Pali Meditations. BUDDHA AND ME: Tips on Mo Divination. Tibetan art of divination. Nalandabodhi Mexico - Just another Nalandabodhi Sites site. Structural Analysis of the Tibetan MO Divination System. Listmania! Astrology 9/26-10/2: Unfamiliar Footing. An Interview with José Leitão - Rubedo Press.