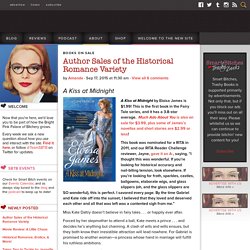 This is the first book in the Fairy Tale series, and it has a 3.8-star average. Much Ado About You is also on sale for $3.99, plus some of James’s novellas and short stories are $2.99 or less! Historical Romances with Steampunk, TIme Travel, & More! Outlander RECOMMENDED: Outlander by Diana Gabaldon is $3.99 at most vendors! 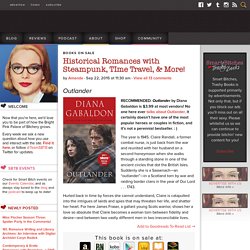 No one here ever talks about Outlander, it certainly doesn’t have one of the most popular heroes or couples in fiction, and it’s not a perennial bestseller. : ) The year is 1945. Claire Randall, a former combat nurse, is just back from the war and reunited with her husband on a second honeymoon when she walks through a standing stone in one of the ancient circles that dot the British Isles. Suddenly she is a Sassenach—an “outlander”—in a Scotland torn by war and raiding border clans in the year of Our Lord . . . 1743.Hurled back in time by forces she cannot understand, Claire is catapulted into the intrigues of lairds and spies that may threaten her life, and shatter her heart. 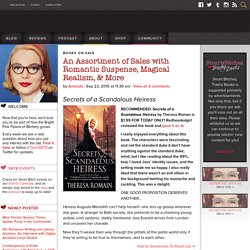 Redheadedgirl reviewed the book and gave it an A:I really enjoyed everything about this book. The characters were fascinating and not the standard duke (I don’t have anything against the standard duke, mind, but I like reading about the 99%, too). I loved Joss’ identity issues, and the setting made me so happy. I also really liked that there wasn’t an evil villain in the background twirling his mustache and cackling. 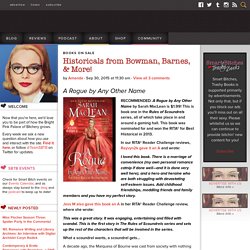 This is book one in the Rules of Scoundrels series, all of which take place in and around a gaming hall. This book was nominated for and won the RITA® for Best Historical in 2013.In our RITA® Reader Challenge reviews, Rayvyn2k gave it an A and wrote: I loved this book. Avon Historical Romances from Linden, Jordan, & More! A Night to Surrender A Night to Surrender by Tessa Dare is $1.99!

This is the very first book in the Spindle Cove series and was reviewed in a previous RITA© Reader Challenge.Reader Kelly gave it an A-:I really enjoyed this book! I laughed out loud many times at some of the tiniest details, such as a lamb named Dinner that was still living at the end of the story. I loved the running joke on “Mrs. Worthington’s Wisdom” – a book that was filled with anything but wisdom on what is proper for a lady to do or say or not do or say.Reader HarperGray gave it a C+:Tessa Dare writes some of the most humorously appealing prose that I have read in a long time. Inner monologues and personal observations are somehow both true to life and witty, dialogue is full of banter, and sheep get bombed.Then why, oh why, is there so little chemistry between Susanna and Bram?

An Assortment with Romantic Suspense, YA Urban Fantasy, & More! MacRieve MacRieve by Kresley Cole is $1.99 at Amazon and Barnes & Noble! 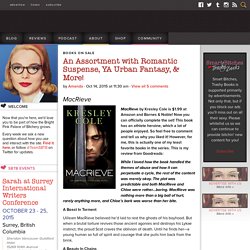 Now you can officially complete the set! This book has an athlete heroine, which a lot of people enjoyed. So feel free to comment and tell us why you liked it! However, for me, this is actually one of my least favorite books in the series. This is my review from Goodreads:While I loved how the book handled the themes of abuse and how it can perpetuate a cycle, the rest of the content was merely okay. Historical Romances from Kleypas, MacLean, & More! Wallflower Gone Wild RECOMMENDED: Wallflower Gone Wild by Maya Rodale is $2.99! 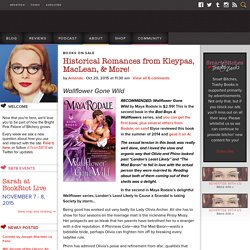 This is the second book in the Bad Boys & Wallflowers series, and you can get the first book, plus several others from Rodale, on sale! Elyse reviewed this book in the summer of 2014 and gave it an A:The sexual tension in this book was really well done, and I loved the slow and organic way that Olivia and Phinn looked past “London’s Least Likely” and “The Mad Baron” to fall in love with the actual person they were married to. Reading about both of them coming out of their shells was a delight. In the second in Maya Rodale’s delightful Wallflower series, London’s Least Likely to Cause a Scandal is taking Society by storm…Being good has worked out very badly for Lady Olivia Archer. All she has to show for four seasons on the marriage mart is the nickname Prissy Missy. Historical Romances from Kleypas, MacLean, & More!