There Are Some Simple Ways to Make Drug-Taking Much Safer. ‘Hidden Heat’ Dives Deep into the History of American Rave Flyers. Depending on your age, you might remember a time before most of your event invitations came through push notifications on your phone. 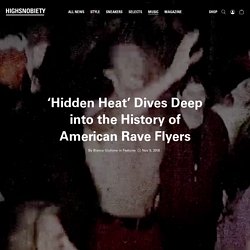 Revealed: Cocaine Hospitalisations Are Up 90 Percent in the UK. Hospital Data Shows How Britain's Drug Problem Is Getting Worse. Revealed: How Students Take Drugs in 2018. Why Festivals Aren't Doing More to Keep Drug Users Safe. “You Were Really Part of Something”: Vinca Petersen Remembers the Rave Days. What the DJ Saw: Inside Sweet Harmony. Rave: these days the word is used to describe anything from club nights to street food markets and, even, day parties for kids with parents who still love clubbing. 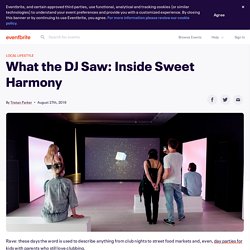 But back in ’80s and ’90s Britain, it had more distinct connotations. It referred to a scene that would go on to have untold influence on contemporary culture, visible today in everything from music to fashion and media. Sweet Harmony: Rave | Today is an exhibition at Saatchi Gallery that delves deep into the history and impact of rave culture through photos, installations, video footage and other multi-platform artworks by those who documented the scene as it happened, including a huge cast of photographers, artists, DJs and journalists.

Spread out across the vast Saatchi Gallery rooms, the journey takes viewers on a fascinating, highly immersive exploration of the many different threads of rave culture. Acid house exhibition 'Sweet Harmony Rave. Harm Reduction, Mental Health, Cannabis, Cocaine, MDMA, Modafinil, drug. The Loop. Night Lives - Volteface. Download the full report here The UK’s night time economy is failing to protect its most valuable asset: the people who go out and enjoy it. 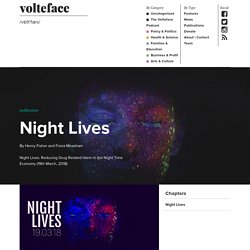 Night Lives: Reducing Drug-Related Harm in the Night Time Economy, a joint report by the All-Party Parliamentary Group for Drug Policy Reform, Durham University, The Loop and Volteface, advocates for the adoption of a set of bold yet practical initiatives across our towns and cities to address this failure. Aimed at stakeholders including the night time industry, local authorities, police forces and public health, Night Lives offers new ideas for reducing drug-related harm in the UK’s night time economy (NTE). Drug-related deaths due to ecstasy and cocaine continue to rise and are at their highest since records began, while hospital admissions due to these drugs have risen dramatically in recent years.

Admissions for cocaine alone have increased by 90 percent since 2011. Continue Reading Night Lives Want to comment or contribute? Cato Whitepaper: Drug Decriminalisation In Portugal. Want to Win the War on Drugs? Portugal Might Have the Answer. When Gonçalo Fonseca was a child, he went to school near Casal Ventoso, a Lisbon neighborhood that also served as the biggest open-air drugs market in Europe. 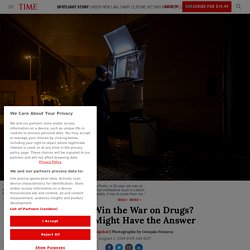 “I have the vivid memory of being a child and seeing someone shoot up in broad daylight,” the photographer says. His experience wasn’t unusual. Portugal’s radical drugs policy is working. Why hasn’t the world copied it? When the drugs came, they hit all at once. 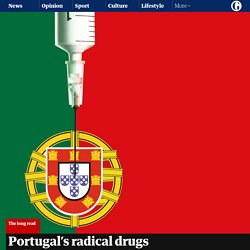 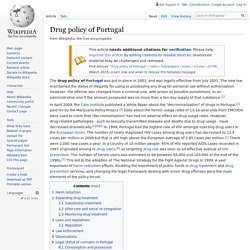 The new law maintained the status of illegality for using or possessing any drug for personal use without authorization. However, the offense was changed from a criminal one, with prison as possible punishment, to an administrative one if the amount possessed was no more than a ten-day supply of that substance.[1] In April 2009, the Cato Institute published a White Paper about the "decriminalization" of drugs in Portugal,[2] paid for by the Marijuana Policy Project [3] Data about the heroin usage rates of 13-16-year-olds from EMCDDA were used to claim that "decriminalization" has had no adverse effect on drug usage rates. However, drug-related pathologies - such as sexually transmitted diseases and deaths due to drug usage - have decreased dramatically.[2][4][5] In 1999, Portugal had the highest rate of HIV amongst injecting drug users in the European Union. Harm reduction[edit] See also[edit] Is Norway Set to Spark a Drug Policy Revolution? Christiania: 11 Things to Know About Copenhagen’s Hippie “Free Town”

If you’ve heard of Freetown Christiania, the autonomous anarchist district in Denmark’s capital, it is probably due to the open cannabis trade that took place there for close to half a century. 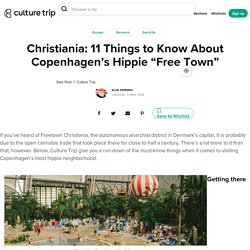 There’s a lot more to it than that, however. Below, Culture Trip give you a run-down of the must-know things when it comes to visiting Copenhagen’s most hippie neighborhood. Sign Up. Get More. Do More. Read the Culture Trip newsletter. Getting there Freetown Christiania is located in the Christianshavn area and you can get there by metro, bus or bike. What is Freetown Christiania? Christiania is a former military base that sat abandoned for many years before becoming the neighborhood we know today.