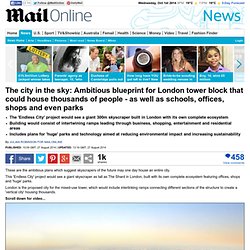 This 'Endless City' project would see a giant skyscraper as tall as The Shard in London, built with its own complete ecosystem featuring offices, shops and 'huge' parks. London is the proposed city for the mixed-use tower, which would include interlinking ramps connecting different sections of the structure to create a 'vertical city' housing thousands.

Scroll down for video... Concrete Living. Hyper Speed Vertical Train Hub proposed for New York and London. Trains are able pivot like a Ferris wheel as they reach towerMagnets will allow the train to rise up the tower By Mark Prigg Published: 21:35 GMT, 31 March 2014 | Updated: 08:33 GMT, 1 April 2014 Stations in cities like London and New York are traditionally vast, cathedral like structures. 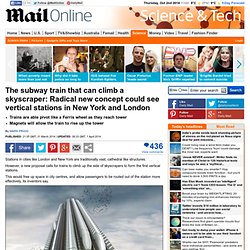 However, a new proposal calls for trains to climb up the side of skyscrapers to form the first vertical stations. Q&A: High-speed rail 2. 17 March 2014Last updated at 11:26 ET The government plans a new high-speed rail network, from London to Birmingham and to Manchester and Leeds, known as HS2. 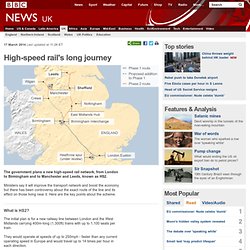 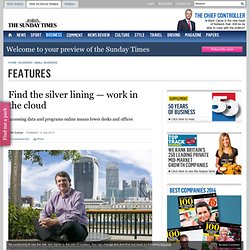 “It would be impossible to operate without it,” said Tagg, who uses Huddle — software that saves files and allows staff to collaborate in the internet’s so-called cloud. By storing and updating documents in cyberspace, employees can access work from anywhere. “If you are hoping to grow a company into an international success, you need a sophisticated technology that is easy for staff around the world to use,” said Tagg, who co-founded Truphone, a global mobile network. The company that he started eight years ago lets travellers call, text and go online at local rates without changing their Sim cards. Today, it has more than 800 staff working in 14 offices across 10 countries. The Roof Garden Commission. April 29–November 2, 2014 Accompanied by a publication This installation by Dan Graham (born 1942, Urbana, Illinois) is the second in a new series of site-specific commissions for the Museum's Roof Garden. 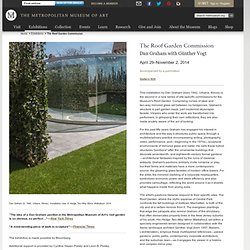 Comprising curves of steel and two-way mirrored glass set between ivy hedgerows, Graham's structure is part garden maze, part modernist skyscraper facade. Viewers who enter the work are transformed into performers; in glimpsing their own reflections, they are also made acutely aware of the act of looking. For the past fifty years Graham has engaged his interest in architecture and the way it structures public space through a multidisciplinary practice encompassing writing, photography, video, performance, and—beginning in the 1970s—sculptural environments of mirrored glass and metal.

The artist's pavilions likewise respond to their specific sites. Related Installation. Constructing Worlds: Photography and Architecture in the Modern Age. Time Out says Posted: Wed Apr 2 2014 ‘The long exposure time required by the first cameras favoured the static attributes of buildings, making them a far more reliable subject than the human figure,’ reads the dry introductory text to this extensive and actually quite moving show of photography from the past 80 years. 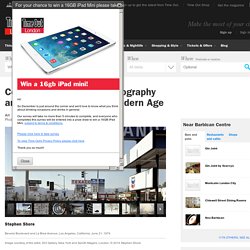 The statement is true, up to a point. Barring disaster, buildings don’t tend to move. But the effects of light, weather and most noticeably, human activity, make architecture anything but a static subject. A case in point is Berenice Abbott’s most famous photograph, ‘Night View, New York’ (1932). Like Abbott’s electrified city night-scape, humanity courses through this show. In stark contrast is Bas Princen’s 2009 shot of Mokattam Ridge, Cairo, known as ‘Garbage City’ for the refuse sacks that festoon every balcony and rooftop, and Guy Tillim’s 2006-7 series focusing on the crumbling remains of government buildings and luxury hotels built in post-colonial Africa. Paris Motor Show: The car that's powered by air. A plug-in Minotaur enters the monstrously fast show. Speed is unashamedly the focus of the Paris motor show with fleet-footed beasts from Lamborghini, Bentley and Ferrari among the cars being unveiled. 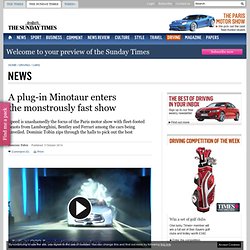