MBA student Hiral Sanghavi raises $9.19m for his 'Swiss Army Knife' travel jacket. Hiral Sanghavi, 29, from Chicago, used Kickstarter to fund his jacketIt has become the site's most funded clothing project to dateSanghavi, an MBA student in Illinois is putting his degree on hold He will concentrate on his San Francisco–based company Baubax. 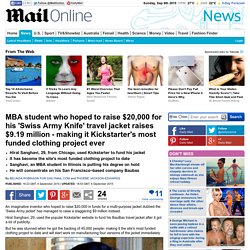 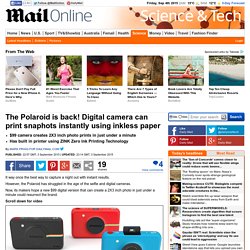 However, the Polaroid has struggled in the age of the selfie and digital cameras. Now, its makers hope a new $99 digital version that can create a 2X3 inch photo in just under a minute could resurrect the brand. The Great British Bake Off's tarts and pies you simply must try  By Daily Mail Reporter Published: 21:55 GMT, 2 September 2015 | Updated: 12:41 GMT, 3 September 2015 French Strawberry Tart Reminiscent of the tarts you see in a French pâtisserie, this classic showstopper combines pâte sucrée and crème pâtissière with a layer of melted white chocolate. 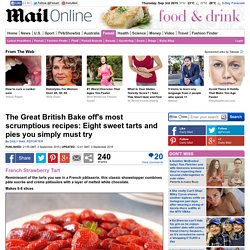 Makes 6-8 slices To make the French Strawberry Tart you need around 500g of strawberries and red current jelly for the topping. 'God be with you, little angel': The world shows its grief and anger over the death of tragic Syrian toddler Aylan  Social media users created poignant artworks based on young boy's deathAylan Kurdi's tiny body was pictured washed up on a Mediterranean beachThree-year-old drowned alongside his mother Rehan, 35, and brother Galip, five, trying to reach the Greek island of Kos on an overcrowded dinghyHarrowing photos of Aylan face down in the sand have shocked the world By John Hall for MailOnline Published: 10:25 GMT, 3 September 2015 | Updated: 12:32 GMT, 3 September 2015 Social media users around the world have reacted in grief and anger at the heartbreaking images of a young refugee boy whose tiny body was pictured washed up on a Mediterranean beach. 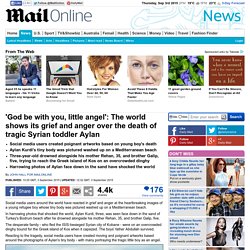 In harrowing photos that shocked the world, Aylan Kurdi, three, was seen face down in the sand of Turkey's Bodrum beach after he drowned alongside his mother Rehan, 35, and brother Galip, five. The desperate family - who fled the ISIS-besieged Syrian city of Kobane - were on an overcrowded dinghy bound for the Greek island of Kos when it capsized. Young migrants bodies wash up on Turkish beach after trying to reach Europe. WARNING: GRAPHIC CONTENTBodies of two Kurdish brothers washed up on a beach in Bodrum, TurkeyTheir parents were fleeing the violence in Syria with their two young sons Boys' aunt described moment their father called relatives after the tragedyCanadian officials turned down family's request to bring them to country By Vanessa Altin and John Hall and Jenny Stanton and Emine Sinmaz For Mailonline Published: 12:10 GMT, 2 September 2015 | Updated: 12:06 GMT, 3 September 2015 The grief-stricken father of the migrant brothers whose bodies washed up on the shores of the Mediterranean phoned relatives after the tragedy but only managed to utter the words: 'My wife and two boys are dead'. 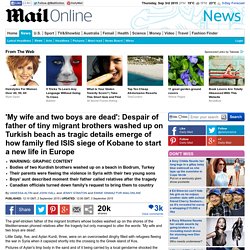 Little Galip, five, and Aylan Kurdi, three, were on an overcrowded dinghy filled with refugees fleeing the war in Syria when it capsized shortly into the crossing to the Greek island of Kos. Both boys died in the sea alongside their mother, Rehan, while their father Abdullah survived. Three ingredient recipes inspired by Japanese souffle cheesecake. A three-ingredient cheesecake has sent social media users into overdrive, with the recipe earning over 1.6 million views. 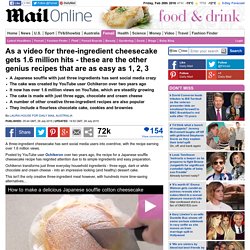 Posted by YouTube user Ochikeron over two years ago, the recipe for a Japanese souffle cheesecake recipe has reignited attention due to its simple ingredients and easy preparation. Ochikeron transforms just three everyday household ingredients - three eggs, dark or white chocolate and cream cheese - into an impressive looking (and healthy) dessert cake. This isn't the only creative three-ingredient meal however, with hundreds more time-saving alternatives... How to make a delicious Japanese souffle cotton cheesecake. Boston Harbor police try to identify the body of a toddler washed to shore. A woman walking her dog came across the body on June 25 and she reported it the policeThe little girl was wrapped in a zebra blanket and was wearing white pants with a black polka dot designIt appears the girl was only in the water for a short period of time and that her body showed no sign of trauma By Alexandra Klausner For Dailymail.com Published: 03:17 GMT, 3 July 2015 | Updated: 07:28 GMT, 3 July 2015 Police are asking the public to help identify a four-year-old girl whose body was found washed up at the shore at Deer Island in Boston Harbor. 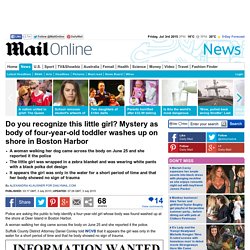 A woman walking her dog came across the body on June 25 and she reported it the police. Suffolk County District Attorney Daniel Conley told WCVB that it appears the girl was only in the water for a short period of time and that he body showed no sign of trauma. Recognize this face? 'She is a beautiful young child who deserves dignity,' Conley said. Police released an image of what they think the child might look like prior to her drowning. 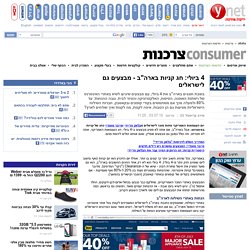 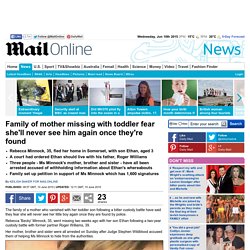 Rebecca 'Becky' Minnock, 35, went missing two weeks ago with her son Ethan following a two-year custody battle with former partner Roger Williams, 39. Her mother, brother and sister were all arrested on Sunday after Judge Stephen Wildblood accused them of helping Ms Minnock to hide from the authorities. Chinese mother takes son with advanced leukaemia with her to work at school. Skype launches online translator that could let you converse in ANY language. Lets people of different languages talk to each other on video callsThe software translates one language into text and speech of anotherEnglish, Spanish, Italian, Mandarin all supported in latest version By Jonathan O'Callaghan and Mark Prigg For Dailymail.com Published: 17:41 GMT, 12 May 2015 | Updated: 18:22 GMT, 12 May 2015 A world where there are no more language barriers might not be too far away - online, at least. 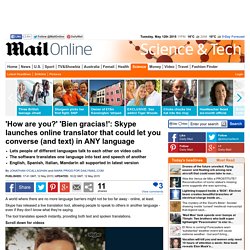 Skype has released a live translation tool, allowing people to speak to others in another language - even if they don’t know what they’re saying. The tool translates speech instantly, providing both text and spoken translations. Scientists create software that can remove window reflections in your photos. Algorithm exploits the fact that photos taken through windows often feature two nearly identical reflections, slightly offset from each otherReflections are used to decide which parts of the image are unwantedSoftware also looks at the differences between pixels to pick out glare By Ellie Zolfagharifard For Dailymail.com Published: 23:15 GMT, 11 May 2015 | Updated: 01:02 GMT, 12 May 2015 Any Instagram addict will tell you that taking pictures through windows rarely works.

ואז הגיעה השמועה שהיה פיגוע בקריית ארבע. The house that will haunt us to our dying day: The harrowing story of tragic April Jones, by her own parents... from their book that will bring tears to your eyes. Five-year-old April Jones was snatched just before bedtime near her home Her disappearance in 2012 condemned her parents to a lifetime of sadnessMark Bridger was jailed for life for her abduction, murder and perverting the course of justiceHere, Paul and Coral Jones recall for the first time the day their lives turned into the nightmare that every parent fears By Paul and Coral Jones For The Mail On Sunday Published: 22:11 GMT, 21 March 2015 | Updated: 22:12 GMT, 21 March 2015 It was a brutal murder that horrified the nation. Day after agonising day in the autumn of 2012 the search went on for five-year-old Welsh girl April Jones, snatched just before bedtime near her home.

She was to disappear almost without trace, condemning her parents to a lifetime of sadness. Here in their own deeply moving yet dignified account, they recall for the first time the day their lives turned into the nightmare that every parent fears...