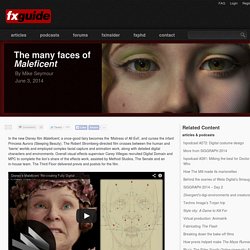 The Robert Stromberg-directed film crosses between the human and ‘faerie’ worlds and employed complex facial capture and animation work, along with detailed digital characters and environments. Overall visual effects supervisor Carey Villegas recruited Digital Domain and MPC to complete the lion’s share of the effects work, assisted by Method Studios, The Senate and an in-house team. The Third Floor delivered previs and postvis for the film. Above: watch a breakdown of DD’s flower pixies effects work in this video produced by fxguide in collaboration with our media partners at WIRED.

Digital Domain’s facial features The task of making natural looking faeries was made more difficult by the audience seeing the actresses normal sized, as well as their smaller faerie forms. DD breakdown for the character of Thistlewit. Character study. 1. 2. Eye texture raytracing demo. Skin shading (in general with any source material) - Page 40. I'd honestly almost suggest you just give it a go for rendering too. 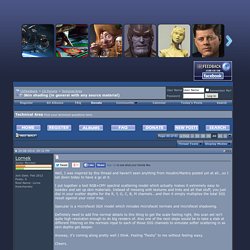 The noise patterns you can generate along with the attributes you can attach to a mesh...it's unbelievable. You could run your mesh through a Measure SOP to calculate the curvature on it, and push that 0-1 curvature into the frequency of a procedural noise so that it curls and ripples on harsh surface transitions. And here's a couple quick examples of stacking up their noises. A lot of apps have you a little limited in terms of what you can do to noise, but in Houdini, you can plug the output of an 3D RGB noise into the offset or frequency of a regular 3D noise and start to get really rich results. Plugged into frequency: Plugged into offset: Also on the shading side of things, Houdini compiles the shading networks at render time, which means you literally can't have bloat. Maya almost never works that way sadly. Houdini even lets you nest things inside If-ThenBlock nodes. 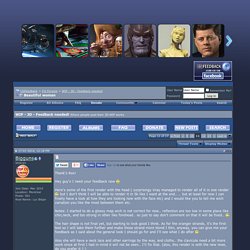 Hey guy's I need your feedback now Here's some of the first render with the head ( surprisingy Vray managed to render all of it in one render but I don't think I will be able to render it in 5k like I want at the end.. .. but at least for now I can finally have a look at how they are looking now with the face etc) and I would like you to tell me wich variation you like the most between them etc. Notes: I started to do a glossy map wich is not correct for now.. reflection are too low in some place like chin,neck, and too strong in other like forehead.. so just to say don't comment on that it will be fixed.. The hair shape is not final yet, but starting to look good I think.

Also she will have a neck lace and other earrings by the way, and cloths.. the clavicule need a bit more work since at first I had in mind it will not be seen.. So there we go: LOOK IT IN BIG PLEASE NOT IN SMALL. 1k0's Visual effets. 1/ Méliès process. 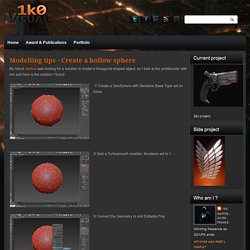 Crossing the uncanny valley WIP - Page 77. Id like to share a little "revelation" I had years ago working on a portrait I once did. 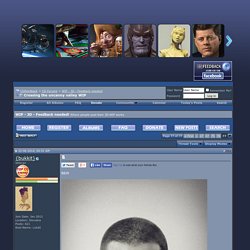 Just rambling thoughts, but if it helps, then good. I think the problem you may end up running into now that you clearly crossed into the "uncanny valley" is that your image looks so realistic that there no real reason to judge it as a 3D portrait because its almost impossible to see it as such. At this point the content of the image is all thats left, and you are at a point where the main way to garner attention is to make a compelling photograph instead of a 3D piece of art.

That would be easy if you were carrying a battle-axe, had horns, or were a hot chick, but unfortunately that wouldn't come off as photoreal. Like they say, a good picture is worth a 1000 words, and you may now be at the point where the only way to make a VISUALLY INTERESTING image is to push in that direction. Heavy is the crown my friend. _kybel. CGSociety. Reference / Drapery Clothes Wrinkles on Pinterest. 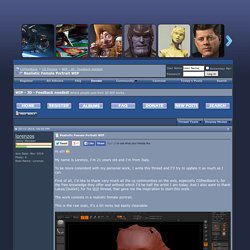 My name is Lorenzo, I'm 21 years old and I'm from Italy. To be more consistent with my personal work, I write this thread and I'll try to update it as much as I can. First of all, I'd like to thank very much all the cg communities on the web, especially CGfeedback's, for the free knowledge they offer and without which I'd be half the artist I am today.

And I also want to thank Lukas/{bukkit} for his thread, that gave me the inspiration to start this work. Shader Sandbox.