Counter-terrorism police arrest man after raiding homes in Melbourne's north over Brighton siege. Updated A 32-year-old Glenroy man has been arrested and an imitation shotgun seized after police searched homes as part of an investigation into the supply of weapons to the Brighton siege gunman. 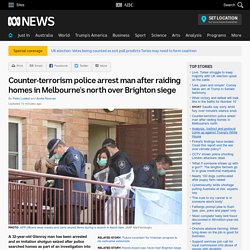 Key points: Properties were searched in Glenroy, Ascot Vale and Gladstone ParkPolice said one man arrested, and two being interviewed, could have supplied firearms to the Brighton gunmanThere was no evidence linking the men directly to terrorism, police said Victoria Police Deputy Commissioner Shane Patton said about 150 officers, from the Special Operations Group and Australian Federal Police (AFP), searched three homes in the northern suburbs of Ascot Vale, Glenroy and Gladstone Park before 5:00am. He said the raids were related to firearms used by Yacqub Khayre, who shot dead a man, held a woman hostage and wounded three police officers before being shot and killed in Brighton on Monday. UK election: Votes being counted; BBC exit poll suggests Conservatives could lose majority - UK Election 2017. James Comey and Donald Trump: Fired FBI director hits out at Trump White House in Senate testimony - Donald Trump's America.

Updated Testifying under oath in a Senate hearing watched worldwide, former FBI director James Comey has accused the Trump administration of defaming him and the FBI in the aftermath of his abrupt firing by President Donald Trump. 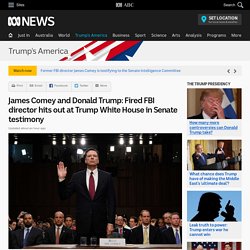 Key points: Mr Comey says he was concerned Mr Trump might lie about the nature of their meetingsSenate intelligence committee is investigating Russia's meddling in the 2016 electionMr Trump is expected to refute Mr Comey's claims "Those were lies, plain and simple," Mr Comey said of the administration's claims that the FBI was poorly led and in disarray under his leadership, and that agents had lost confidence in him. "The administration chose to defame me and more importantly the FBI," he said. The voters speak: United Kingdom goes to the polls for general election - UK Election 2017. Updated Voters across the United Kingdom have begun to cast their ballots in the general election. 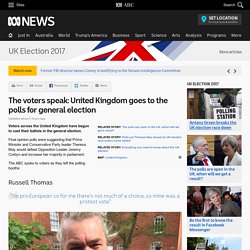 Final opinion polls were suggesting that Prime Minister and Conservative Party leader Theresa May would defeat Opposition Leader Jeremy Corbyn and increase her majority in parliament. The ABC spoke to voters as they left the polling booths: Russell Thomas. Scientists get new genome platform to decode DNA in fight against complex diseases.

Updated Australian scientists now have access to revolutionary tools which could give them a cutting edge in the fight against diseases like cancer. 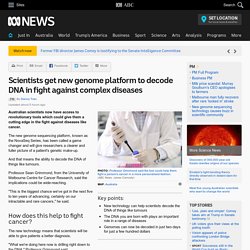 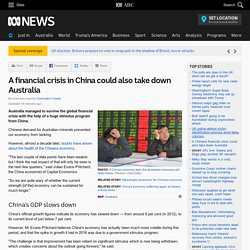 Chinese demand for Australian minerals prevented our economy from tanking. However, almost a decade later, doubts have arisen about the health of the Chinese economy. "The last couple of data points have been weaker, but I think the real impact of that will only be seen in the next few quarters," said Julian Evans-Pritchard, the China economist of Capital Economics. "So we are quite wary of whether the current strength [of the] economy can be sustained for much longer. 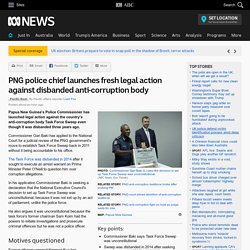 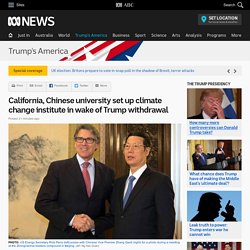 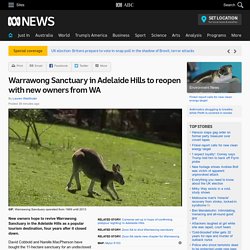 David Cobbold and Narelle MacPherson have bought the 11-hectare sanctuary for an undisclosed amount, and moved from Western Australia to South Australia to bring their ambitious plan to fruition. Finkel report calls for new clean energy target. Updated A major review of Australia's energy sector by chief scientist Alan Finkel will recommend adopting a new clean energy target, promote a greater use of gas and put a bigger focus on energy storage. 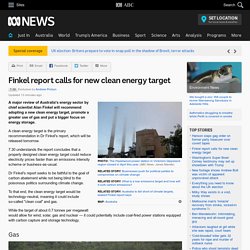 A clean energy target is the primary recommendation in Dr Finkel's report, which will be released tomorrow. 7.30 understands the report concludes that a properly designed clean energy target could reduce electricity prices faster than an emissions intensity scheme or business-as-usual. China working to gain soft power but perceptions it is trying to stifle free speech linger. Analysis Posted In 2014 Chinese President Xi Jinping set out the aims of Chinese soft power in this way: "To give a good Chinese narrative, and better communicate China's messages to the world". 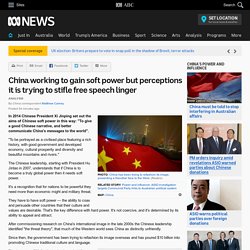 "To be portrayed as a civilised place featuring a rich history, with good government and developed economy, cultural prosperity and diversity and beautiful mountains and rivers. " The Chinese leadership, starting with President Hu Jintao in 2007, understands that if China is to become a truly global power then it needs soft power. It's a recognition that for nations to be powerful they need more than economic might and military threat.

They have to have soft power — the ability to coax and persuade other countries that their culture and values are desirable. After commissioning research on China's international image in the late 2000s the Chinese leadership identified "the threat theory", that much of the Western world sees China as distinctly unfriendly. Melbourne man's 'miracle' recovery from stroke, locked-in syndrome. Updated "It's a bloody miracle. " That is how Wally Ballard's wife describes his remarkable recovery from a very rare neurological condition called locked-in syndrome and a stroke last Wednesday. Cathy Freeman on finding meaning and success in life after sport. Posted In 49.11 seconds Cathy Freeman secured her status as an Australian legend. The champion athlete's 400m gold-medal run in front of a screaming home crowd at the 2000 Olympics has become the sort of story told to aspiring young runners.

"This is a famous victory," veteran commentator Bruce McAvaney told the nation as she crossed the finishing line. Fast forward 17 years and Freeman is still a champion for Australia, but this week is celebrating a rather different achievement. Her Cathy Freeman Foundation — which helps Indigenous children secure a full education — has just marked its 10-year anniversary. Milky Way: Study shows galaxy exists in a huge void, may solve universe expansion hurdle. Posted A scientific study which claims to show the Milky Way and its neighbouring galaxies exist in a celestial void, may have solved a problem that has puzzled scientists trying to establish the rate at which the universe is expanding.

University of Wisconsin-Madison student Ben Hoscheit gave a presentation to the 230th meeting of the American Astronomical Society on Tuesday, in which he argued the Milky Way and neighbouring regions contained far less density of stars, planets and galaxies than surrounding regions of space. Mr Hoscheit and his supervisor, Amy Barger, said the findings could help explain the difference between estimates of the speed of the expansion of the universe astrophysicists get when they use different techniques of measurement. But Mr Hoscheit and Ms Barger argued it may be explained by the difference in gravitational pull being exerted between regions of low and high concentrations of matter inside and outside our galactic neighbourhood.

It would also force large scale renewable energy generators, like solar farms, to include battery storage to make them more reliable. The design of the scheme — which is also sometimes called a clean energy target — is expected to mean coal-fired power stations would keep operating longer. Major manufacturing company BlueScope is leading the push for the two sides of politics to unite on the low emissions target idea. Trade surplus narrows sharply as Cyclone Debbie blows coal shipments off course. Updated Australia's recent run of booming trade figures has ended with the surplus in April narrowing sharply.

In seasonally adjusted figures, the surplus of $555 million was down more than 80 per cent compared to the $2.6 billion recorded in March. The biggest driver was a $2.5 billion — or 45 per cent — slump in coal exports as Cyclone Debbie severely disrupted mining and shipping operations. While the value of imports fell 1 per cent, the impact was swamped by the 8 per cent decline in exports. The export performance was generally weak across most key commodities. Rural goods fell 2 per cent, with cereals shipments down 6 per cent in value, although wool exports rose by 13 per cent, or $46 million. What is a low emissions target — and how will it curb carbon emissions? Lindt Cafe siege: NSW Police who shoot terrorists dead will be protected by new laws.

Australia's economy grows at just 0.3 per cent in March quarter. Amnesty calls for ban on all imports from Israeli settlements to mark 50 years of occupation. UK election: One-time easybeat Jeremy Corbyn has Theresa May rattled. Wind farm in central highlands to push Tasmania towards energy self-sufficiency. Christian conference attendees walk out after speakers suggest women should grow their hair long, defer to men at work.