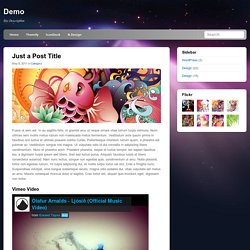 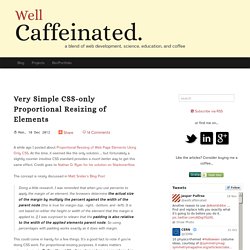 At the time, it seemed like the only solution… but fortunately a slightly counter intuitive CSS standard provides a much better way to get this same effect. Credit goes to Nathan D. Ryan for his solution on Stackoverflow. The concept is nicely discussed in Matt Snider’s Blog Post Doing a little research, I was reminded that when you use percents to apply the margin of an element, the browsers determine the actual size of the margin by multiply the percent against the width of the parent node (this is true for margin-top, -right, -bottom, and -left). Html - Vertically align an image inside a div with responsive height. 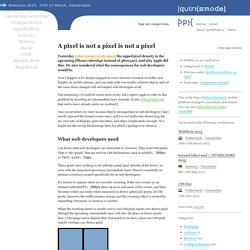 He also wondered what the consequences for web developers would be. Now I happen to be deeply engaged in cross-browser research of widths and heights on mobile phones, and can state with reasonable certainty that in 99% of the cases these changes will not impact web developers at all. The remaining 1% could be much more tricky, but I expect Apple to cater to this problem by inserting an intermediate layer of pixels. (Later John pointed out that such a layer already exists on Android.) One caveat before we start: because they’re unimportant to web developers I have mostly ignored the formal screen sizes, and I’m not really into disucssing the ins and outs of displays, pixel densities, and other complicated concepts.

I do know what web developers are interested in, however. It’s easiest to explain when we consider zooming. Stay tuned. 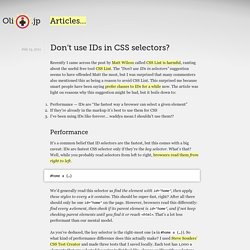 The “Don’t use IDs in selectors” suggestion seems to have offended Matt the most, but I was surprised that many commenters also mentioned this as being a reason to avoid CSS Lint. This surprised me because smart people have been saying prefer classes to IDs for a while now. The article was light on reasons why this suggestion might be bad, but it boils down to: CSS2 - The display declaration. Page last changed today The display property lets you define how a certain HTML element should be displayed. display: block display: block means that the element is displayed as a block, as paragraphs and headers have always been. 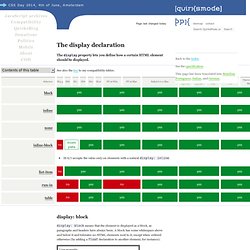 A block has some whitespace above and below it and tolerates no HTML elements next to it, except when ordered otherwise (by adding a float declaration to another element, for instance). Le positionnement inline-block. Les manipulations que demande le positionnement flottant se révèlent parfois un peu délicates sur des sites complexes. 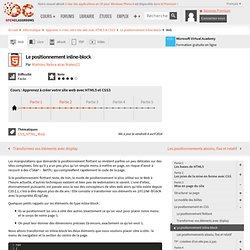 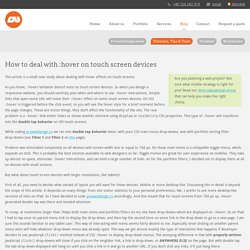 Not sure what mobile strategy is right for you? Read our short educational article that can help you make the right choice. iOS has a :hover problem. Posted at July 5, 2012 01:33 pm by Nicholas C. 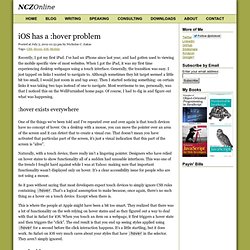 Zakas Tags: CSS, Hover, iOS, Mobile Recently, I got my first iPad. I’ve had an iPhone since last year, and had gotten used to viewing the mobile specific view of most websites. When I got the iPad, it was my first time experiencing desktop webpages using a touch interface. TO READ! CSS Reference » Learn CSS3. CSS Differences in Internet Explorer 6, 7 and 8. Advertisement One of the most bizarre statistical facts in relation to browser use has to be the virtual widespread numbers that currently exist in the use of Internet Explorer versions 6, 7 and 8. 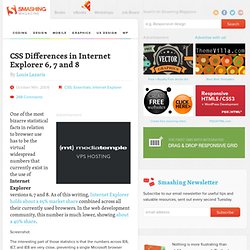 As of this writing, Internet Explorer holds about a 65% market share combined across all their currently used browsers. In the web development community, this number is much lower, showing about a 40% share. The interesting part of those statistics is that the numbers across IE6, IE7, and IE8 are very close, preventing a single Microsoft browser from dominating browser stats — contrary to what has been the trend in the past. The Principles Of Cross-Browser CSS Coding. Advertisement It is arguable that there is no goal in web design more satisfying than getting a beautiful and intuitive design to look exactly the same in every currently-used browser. 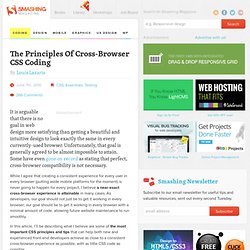 Unfortunately, that goal is generally agreed to be almost impossible to attain. Some have even gone on record as stating that perfect, cross-browser compatibility is not necessary. Do websites need to look exactly the same in every browser? Pure CSS Tabs with Fade Animation Demo 1.