Mapmaking. Monday, December 16, 2013 A good map is, I’d venture to say, just as vital to you as it is to your characters; you need a map to know the size of the world they occupy, the length of their journey, its difficulty, and distance. 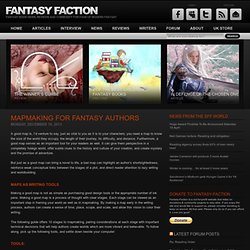 Furthermore, a good map serves as an important tool for your readers as well. It can give them perspective in a completely foreign world, offer subtle clues to the history and culture of your creation, and create mystery and the promise of adventure. But just as a good map can bring a novel to life, a bad map can highlight an author’s shortsightedness, reinforce weak conceptual links between the stages of a plot, and direct reader attention to lazy writing and worldbuilding. Maps as Writing Tools Making a good map is not as simple as purchasing good design tools or the appropriate number of ink pens. Tools: 3 x #2 pencils Colored pencils Micron ink pen (the smaller the better) A ruler ½ inch graph paper, printed from here: Tracing paper A notebook (paper or digital)

Authors Guide To Drawing Maps - The World Building School. Basics Of Maps The articles included in this part of the guide will teach you basic principles about how our world works and show you how to implement these principles into your own world. 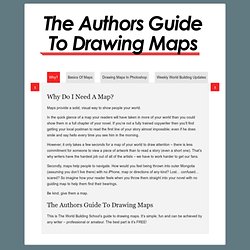 If your world doesn’t operate exactly the same way as our own then these articles can provide a good understanding to deviate from. 1, How To Draw Land Knowing how to draw land is the first technique you’ll learn as part of the authors guide to drawing maps. It is simple yet critical skill that anyone who can pick up a pencil will be able to do. Just as our real world requires dry land for land dwellers to live so too do our fantasy worlds. Learn How To Draw Land By Clicking Here 2, Adding Tectonic Plates To Your World Map Tectonic Plates are sections of a planet’s lithosphere (the crust and mantle of a planet) that your world continent will then sit upon. 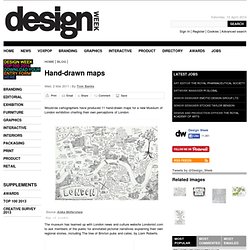 The museum has teamed up with London news and culture website Londonist.com to ask members of the public for annotated pictorial narratives explaining their own regional stories, including The tree of Brixton pubs and cafes, by Liam Roberts. Londonist.com editor Matt Brown says the exhibition has been initiated as a repost to ‘the rise of digital mapping.’ He adds, ‘In this age of GPS, mobile phone apps and data driven map-making, I thought it would be interesting to see what everyday Londoners could do with a pen, some paper and a bit of imagination.’

The Nature of New Cross by Harriet McDougall – a resident and self confessed ‘former country bumpkin’ – will she says, ‘help people see beyond the grey scruffiness of New Cross to the charm and warmth beneath it.’ GeoCommons. Explorer. Make new discoveries about your neighborhood with Census Explorer, the U.S. 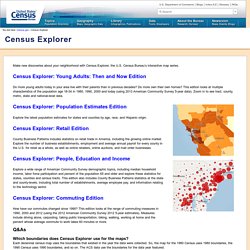 Census Bureau’s interactive map series. Census Explorer: Young Adults: Then and Now Edition Do more young adults today in your area live with their parents than in previous decades? Do more own their own homes? This edition looks at multiple characteristics of the population age 18-34 in 1980, 1990, 2000 and today (using 2013 American Community Survey 5-year data). Census Explorer: Population Estimates Edition Explore the latest population estimates for states and counties by age, race, and Hispanic origin.