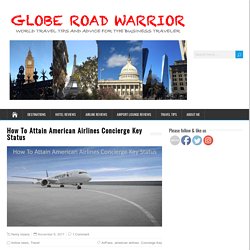 , Over time, there have been plenty of rumors and speculations of the Concierge Key benefits and how to achieve the by-invitation only status with the airline. Even today, a simple search for the term “Concierge Key” on the AA website returns with no matches. Americans are retiring to Vietnam. Here's why. When John Rockhold drew a low number, No. 12, in the 1971 draft lottery, his adolescence in the San Fernando Valley forever changed. 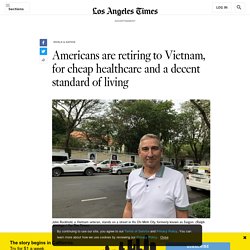 Seeking to avoid the Army, he signed up for the Navy just after graduating from Granada Hills High School. As an enlisted petty officer, he spent months operating boats that dropped off SEALs at night along long and humid Vietnamese shorelines where American troops were trying to stop the communist north from taking over the south. More than 58,000 U.S. service members died in the war, and since it ended in 1975, innumerable American veterans have returned to Vietnam, seeking understanding, forgiveness or reconciliation. Now some are coming for more mundane reasons: inexpensive housing, cheap healthcare and a rising standard of living. After his military career, Rockhold worked as a defense contractor, operating mostly in Africa. 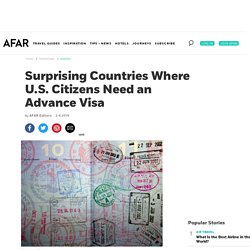 However, a number of international destinations do require that travelers with U.S. passports purchase tourist visas before entering the country. Here’s what you need to know about a few of the more frequently visited countries that require visas from U.S. citizens upon arrival. Australia Before heading to the Land Down Under, travelers with U.S. passports must apply for an electronic authorization from the Australian government known as the Electronic Travel Authority (ETA). The Best First-Class Airline Cabins in the World. Expat Explorer Survey - How countries compare : HSBC Expat.

These Are the Best Countries for Expats to Work In. Luxury Train Experiences. Kyushu Seven StarsJapan For the utmost in elegance and style on the railway, look no further than the Seven Stars train in Kyushu, Japan. 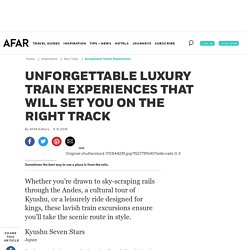 Each room is a suite in this decadent fusion of Japanese and Western design, incorporating polished wood, intricate fabric designs, and plush bedding. Passengers experience Kyushu’s scenery both from the train and on foot: Each journey includes sightseeing tours and visits with local artisans. —Nicole Antonio Belmond Andean Explorer Peru Traveling one of the world’s highest rail routes will get a lot cushier with last May’s launch of the Belmond Andean Explorer, South America’s first luxury sleeper train. Bernina ExpressSwitzerland Make your way from Switzerland to Italy via the Bernina Express, the highest railway across the Alps. Local.theonion. How To Pack A Carry-On Suitcase For A Short Business Trip. Uk.businessinsider. Wise Bread Picks There are many reasons why you might be thinking about taking the plunge, uprooting your life, and moving abroad. 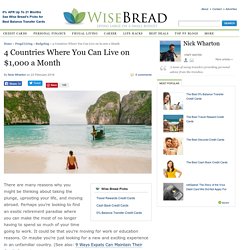 Perhaps you're looking to find an exotic retirement paradise where you can make the most of no longer having to spend so much of your time going to work. It could be that you're moving for work or education reasons. Or maybe you're just looking for a new and exciting experience in an unfamiliar country. (See also: 9 Ways Expats Can Maintain Their Credit Scores) Regardless of your reasons, cost will probably be a central factor in where you decide to end up. How to Plan for an Escape From a Prisoner of War Camp. Travelers-choice-awards-the-best-cruise-lines-for-every-traveler?email=puhnner@hotmail. BEST LARGE-SHIP CRUISE LINE: CELEBRITY CRUISESSometimes, bigger is better. 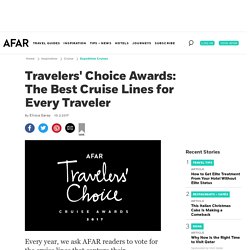 When it comes to Large-Ship Cruise Lines, AFAR readers rank Celebrity Cruises at the top. Can a Wave of New Services Change How We Think About Travel? How to Pack a Suitcase Using Army Backpack Packing Tips - Thrillist. This Map Illustrates How Insanely Strong the U.S. Dollar Is Right Now: News Article by 10Best.com. In the last five years, the dollar has grown against almost every currency on earth We’ve got just over a month before the election, which means there’s not much time to plan your exit strategy in case Donald Trump winds up in the White House (at the very least, we should all take one last trip before The Donald starts WWIII). 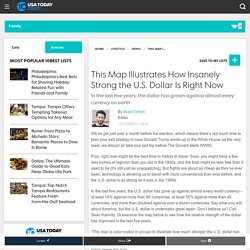 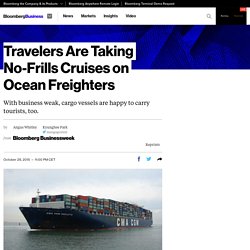 Don’t tell that to John McGuffick, who’s spent months at a time at sea on cargo vessels—happily ensconced in quarters more suited to a Trappist monk than a Caribbean cruiser. “The food can be pretty ordinary, and you have to be prepared to go with the flow,” says the 72-year-old retired farmer from Australia whose 10 trips via ocean freighter have taken him to dozens of ports across Asia, Europe, and North America. His personal maritime endurance record: 110 days nonstop from Dunkirk, in northern France, to Singapore. Explains McGuffick: “I like the solitude.” Shipping companies like the dollars passengers such as McGuffick can bring aboard. How to Use a Hotel Concierge. A few years ago, Kate and I took a trip to San Francisco for business. 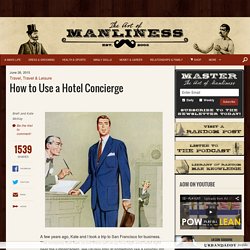