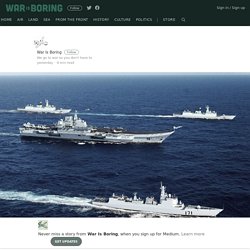 The vessels have been conducting exercises and testing weaponry at sea in a display of Beijing’s growing military might — causing concern among China’s neighbors. Groom Lake Red Eagles. Online Articles. Parties recover from defeat in two ways. 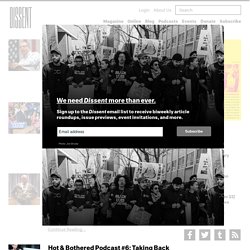 They can try to beat the opposition at their own game, or they can try to change the rules of the game. Donald Trump did the latter. Now it’s the Democrats’ turn. Kate and Daniel try to wrap their heads around climate politics in the age of Trump, and how movements can step up to defeat his extremist agenda. A new biography of key civil rights organizer Bob Moses—who helped spearhead the 1964 Freedom Summer campaign—offers an insightful portrait of a man and a movement whose lessons could not be more relevant today. Defense One. Headlines. Strategic-Culture.org - Strategic Culture Foundation.

A Brief History Of Media Cover-Ups & Self-Censorship: Who’s Afraid of Russ Baker’s “Family Of Secrets” - By Matt Harvey. On February 17, 1967, the newspapers ran stories about a sensational new investigation into JFK’s assassination, headed by a New Orleans DA named Jim Garrison, who called into question the “lone gunman” theory laying all the blame on Lee Harvey Oswald. 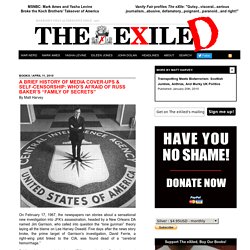 Five days after the news story broke, the prime target of Garrison’s investigation, David Ferrie, a right-wing pilot linked to the CIA, was found dead of a “cerebral hemorrhage.” Public opinion was polarized over JFK’s assassination. Forty-six percent of Americans doubted the Warren Commission’s finding that Oswald “acted alone;” Garrison was becoming more vocal about Oswald’s alleged CIA connection; and independent journalists were asking potentially embarrassing questions. Nerves in Washington were frayed. Then on April 1, the CIA circulated an extraordinary memo instructing agents how they could play the mainstream media in order to discredit all the speculation of CIA involvement. Blog Posts Archives. CrimethInc. Ex-Workers’ Collective : Home. Global Research - Centre for Research on Globalization. 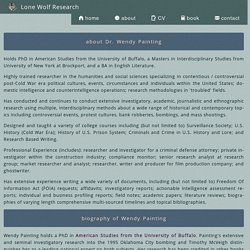 Free Mind Films. Tragedy and Hope Communications — T&H: Your Launchpad for Learning. Want to know the truth? Verifiable information on banking, health, energy, media, war, elections, 9/11, more. The Corbett Report. If It Were My Home. WhoWhatWhy - Welcome. 10 Groups That Don’t Flinch Under Fire (And, Thus, Deserve Your Support) Here at CounterPunch we get lots of calls from readers this time of year asking: where are the good groups? 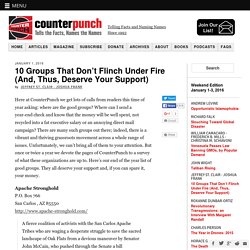 Where can I send a year-end check and know that the money will be well spent, not recycled into a fat executive salary or an annoying direct mail campaign? There are many such groups out there; indeed, there is a vibrant and thriving grassroots movement across a whole range of issues. Unfortunately, we can’t bring all of them to your attention. But once or twice a year we devote the pages of CounterPunch to a survey of what these organizations are up to. Here’s our end of the year list of good groups. Apache StrongholdP.O. Voices For Creative Nonviolence 1249 W. Since Obama’s election, the anti-war movement in the United States has withered away, even as the wars and interventions have expanded with rising body counts. Oxford Islamic Studies Online - Oxford Islamic Studies Online. Conspiracy Theories, UFOs, Paranormal, Politcs, and other "alternative topics" - home page for Saturday, January 24, 2015.

The Cook Political Report. The Vineyard of the Saker. Read The Diplomat, Know the Asia-Pacific. State of Nature. National Defense Magazine. JohnPilger.com - the films and journalism of John Pilger. Gary Brecher. What happened to the global economy and what we can do about it. Nautilus Institute for Security and Sustainability. Front Page Stories - World News Trust. Rigorous Intuition (v. 2.0) Coalition on Political Assassinations. Historical Collection Publications. These collections, centered on a theme or event and with supporting analysis, essays, video, audio, and photographs, are showcased in a booklet and DVD that are available to the academic realm and the public. Intelligence Community History International Relations Cold War Topics Hardcopy publications are available to the public through the Government Printing Office [external link disclaimer]. Page. The Spy Who Billed Me. Seymour Hersh was likely counting on his reputation cutting through any obstacles that could prevent him from pulling off what is probably the last “blockbuster” of his career. 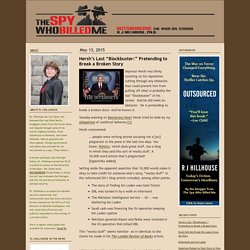 And he did meet an obstacle: He is pretending to break a broken story—and he knows it. Tuesday evening on Democracy Now! Hersh tried to slide by my allegations of unethical behavior.[1] Hersh commented: … people were writing stories accusing me a [sic] plagiarism in the press in the last two days. Setting aside the apparent assertion that 10,000 words make it okay to take credit for someone else’s story, “wacky stuff” in the referenced 2011 blog article included, among other points: The story of finding bin Laden was total fictionOBL was turned in by a walk-in informantThe Pakistani Intelligence Service -- ISI -- was sheltering bin LadenSaudi cash was financing the ISI operation keeping bin Laden captivePakistani generals Kiyani and Pasha were involved in the US operation that killed OBL In the Democracy Now!