Here are a few media stories I found about anxiety in children. There is a bit of a theme going in the pictures the news outlets have chosen, despite recent work by Time to Change and other mental health charities. Can you see what it is? The link in bottom right hand corner explains more - Carol

One-fifth of youngsters suffer from 'high anxiety' Image copyright Thinkstock Almost one in five young people lives with high levels of anxiety, according to figures on wellbeing published by the Office for National Statistics. 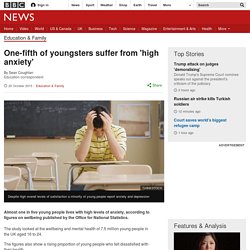 The study looked at the wellbeing and mental health of 7.5 million young people in the UK aged 16 to 24. The figures also show a rising proportion of young people who felt dissatisfied with their health. Almost two-thirds of children worry 'all the time' Image copyright Thinkstock At nine, Tom was so worried about not being able to do his class work that he kept running out of the school gates. 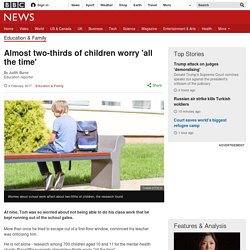 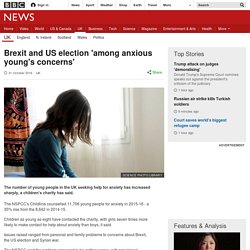 The NSPCC's Childline counselled 11,706 young people for anxiety in 2015-16 - a 35% rise from the 8,642 in 2014-15. Children as young as eight have contacted the charity, with girls seven times more likely to make contact for help about anxiety than boys, it said. Well-behaved children can be hiding their social anxiety. John Sharry starts a series of six articles in Health & Family in The Irish Times looking at how parents can help children and teenagers manage anxiety. 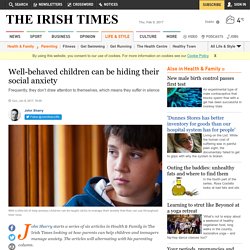 The articles will alternating with his parenting column. The strength of worrying Excessive worrying and anxiety is the most common mental health problem for children and teenagers and many parents struggle in finding the best way to respond. Hospital admissions of anxious children rise by 40 per cent. Comments (0) A child in the South West is admitted to hospital suffering from anxiety every five hours, with admissions up 40 per cent in a year. 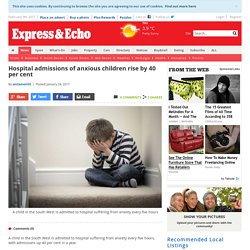 Teenagers were the most likely to be admitted suffering from anxiety, with 310 admissions for 18-year-old girls, and 281 for 17-year-old girls, as well as 76 admissions for 18-year-old boys. Children (8) suffering from anxiety. Children as young as eight years old in Derry are waiting up to a year for professional help for anxiety and depression, it’s been claimed. 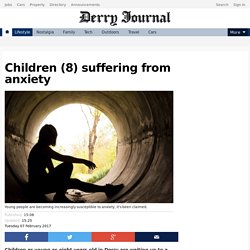 During a youth media project with the Derry-based Headliners Group, one 11-year-old, whose identity cannot be disclosed, ppealed to all children to talk about their worries with someone they can trust until help becomes available. She said: “If you are worried and anxious don’t keep it inside because that makes it worse. That’s what I did and it made it 10 times worse.” Headliners reporter Colleen Maguire spoke to Susan* , a Derry parent of a child who suffered anxiety aged six. Susan advised parents and guardians who may have noticed their child has experienced a deterioration in their mental health to “talk openly about their worries and issues, being selective and taking into consideration the child’s age, of course.” Mental health crisis among children as selfie culture sees cases of anxiety rise by 42 per cent in five years, NHS figures show. Waterstones children's prize shortlists reflect readers' search for hope in anxious times. Announcing the shortlists for its children’s book prizes, Waterstones has attributed high anxiety levels among young people for the notable increase in “optimistic stories that equip children with confidence to master a future that can feel very uncertain”. 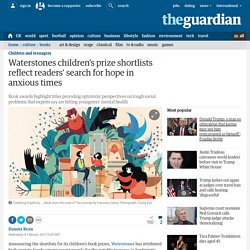 A January survey by the Prince’s Trust found that 58% of 16- to 25-year-olds said political events had made them fear for their futures, with 41% more anxious than a year ago, while on Monday, research by children’s charity the NSPCC revealed its Childline support service was contacted every 11 minutes by children suffering from mental health problems last year.

Florentyna Martin, Waterstones’ children’s buyer, said: “Even in those books aimed at the youngest readers, you can see authors are tackling issues in the wider world.” Anxious children: break the cycle the Sherlock Holmes way. A key feature of anxiety is worry and rumination. 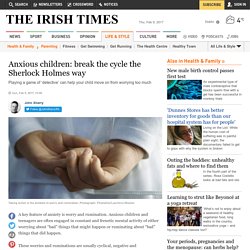