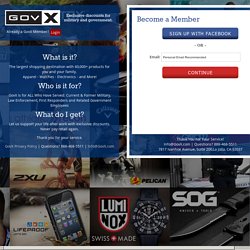 "GovX" or "we," "us," "our" and similar references, as used herein, refer to GovX, Inc., and its subsidiaries, divisions and affiliates. While you can access some portions of the Site without becoming a Member (See the Membership section, below, for Membership definitions, qualifications and requirements), you will not be able to view the special pricing and actually purchase products through our special pricing relationships with our vendor-suppliers (“Vendor-Partners”) on our e-commerce marketplace or take advantage, through secured links, of privileged pricing and special deals from our participating affiliate companies (“Affiliate-Partners”) through our GovX Advantage Program, and access certain other features. 1. 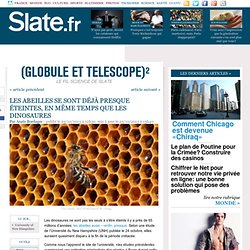 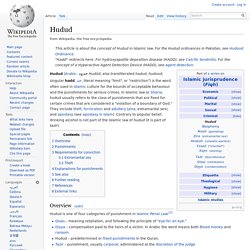 Muslim Leaders Declare Aim Of World Domination. Rome, London, Spain, Paris, America, ISIS. Philippine mourning for slain police. 30 January 2015Last updated at 02:26 ET On Thursday the bodies of those who died were returned to the Philippine capital The Philippines is holding a day of mourning for 44 police commandos killed in a clash with Muslim rebels. 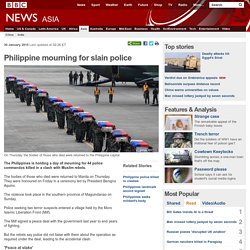 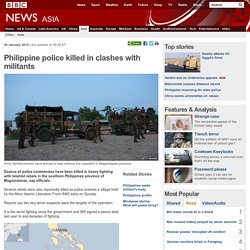 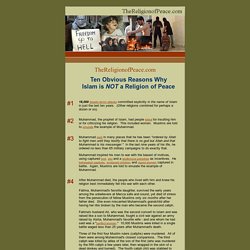 Fatima, Muhammad's favorite daughter, survived the early years among the unbelievers at Mecca safe and sound, yet died of stress from the persecution of fellow Muslims only six months after her father died. She even miscarried Muhammad's grandchild after having her ribs broken by the man who became the second caliph. Fatima's husband Ali, who was the second convert to Islam and was raised like a son to Muhammad, fought a civil war against an army raised by Aisha, Muhammad's favorite wife - and one whom he had said was a "perfect woman. " 10,000 Muslims were killed in a single battle waged less than 25 years after Muhammad's death. Untitled. Want to dig into design? Facebook’s UX master offers some must-reads.

As Facebook’s director of product design, Margaret Gould Stewart (TED Talk: How giant websites design for you (and a billion others, too)) has to come up with designs seen by literally billions of people. 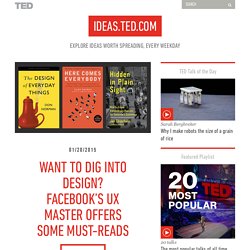 No pressure. She’s an old hand at this game, though, having previously worked on the digital output of those other giants, Google and YouTube. So what principles of design does she live by, and how does she think about scaling them? Check out her must-read books and articles. Discover quotations to help you become free of anger. Rajasthan city Tour – A land of Royalty. One of the largest states in India, Rajasthan is rich in culture, heritage, intricately carved palaces and imposing forts. 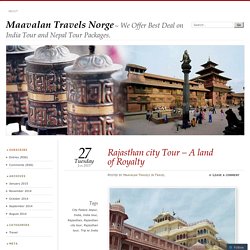 The golden sands of the Thar Desert, the unique flavours of the cities like Jaipur, Jodhpur and Udaipur all make for an excellent tour of Rajasthan. A trip to India and North India tours proposed by responsible Tour Operators can have unique possibilities to visit this state with its cultural sites, rural landscapes, great food and interesting meetings with the local folk that can also involve indigenous dance and music. Loading Your Search Results - BeenVerified.com.