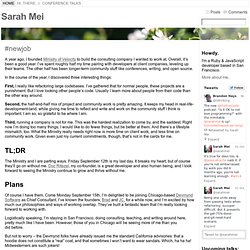 Overall, it’s been a good year. I’ve spent roughly half my time pairing with developers at client companies, leveling up their teams. The other half has been longer-term community stuff like conferences, writing, and open source. In the course of the year, I discovered three interesting things: First, I really like refactoring large codebases. Second, the half-and-half mix of project and community work is pretty amazing. Third, running a company is not for me. The Ministry and I are parting ways. Plans Of course I have them. Logistically speaking, I’m staying in San Francisco, doing consulting, teaching, and writing around here, pretty much like I have been. But not to worry – the Devmynd folks have already issued me the standard California advisories: that a hoodie does not constitute a “real” coat, and that sometimes I won’t want to wear sandals.

Recent Blog Posts By Ben Nadel. Jacob Hoffman-Andrews' Home Page on the Internet. Jsha/README. Emulate X-Frame-Options: ALLOW-FROM using postMessage Clickjacking is a a web-based attack that can be mounted on a website when the attacker is able to display that website inside an iframe on another website. 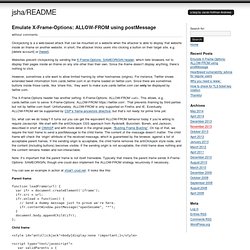 In short, the attacker tricks users into clicking a button on their target site, e.g. [delete account] or [tweet]. Websites prevent clickjacking by sending the X-Frame-Options: SAMEORIGIN header, which tells browsers not to display their pages inside an iframe on any site other than their own. Since the iframe doesn’t display anything, there’s nothing to click. However, sometimes a site want to allow limited framing by other hostnames (origins). The X-Frame-Options header has another setting: X-Frame-Options: ALLOW-FROM <uri>. So, what can we do today? Note: It’s important that the parent frame is not itself frameable. News. Twenty-five years ago, British computer scientist Sir Tim Berners-Lee made a proposal for what we know now as the Word Wide Web. 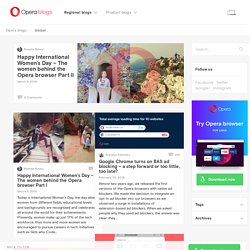 Håkon Wium Lie, our Chief Technology Officer, worked with Berners-Lee in the early 90s. He is also widely known as “Father of CSS.” He recalls the first time he realized how big the World Wide Web could get. “When I first saw HTML code on my screen, I thought ‘Wow’. RasPi.TV. IFLScience. Co.Labs ⚙ code + community. 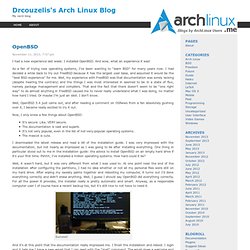 Here are my extremely simple, quick, superficial experiences. Slackware I used to be a Slackware user, as can be seen in my Linux history. I appreciate that the outstanding installation program hasn’t changed since the last time I used it in 2003. I was excited to use a very stable and nicely setup system with KDE. Well, I was reminded why I don’t like KDE. Fedora I was interested in trying GNOME 3. I realized I don’t like GNOME 3. Frugalware I wanted to try Frugalware because it’s one of the only distributions that comes with the Etoile Desktop Environment, based on GNUStep. MenuetOS. Dusty's Diverse Domain. Welcome to the final part of this series on creating a working Jabber client in Kivy. 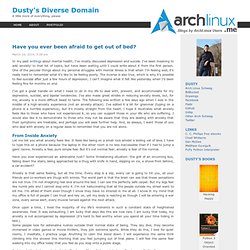 While there are numerous things we could do with our code to take it to Orkiv version 2, I think it’s currently in a lovely state that we can call “finished” for 1.0. In this article, we’re going to talk about releasing and distributing Kivy to an Android mobile device. We’ll use a tool called buildozer that the Kivy developers have written. These commands will, in the future, extend to other operating systems. We aren’t going to be writing a lot of code in this part (some adaptation to make it run on android is expected). Remember to create and activate a virtualenv populated with the appropriate dependencies, as discussed in part 1. Table Of Contents Here are links to all the articles in this tutorial series: Restructuring the directory Back in Part 1, we chose to put all our code in __main__.py so that we could run it from a zip file or directly from the directory.