ProMagzine is an online publication focused on technology, entertainment and games with editorial teams in the US, UK, India and Pakistan. It provides latest trends, reviews, news, tip & tricks.

Top 10 Budget Travel Destinations to Visit — ProMagzine. Budget travel destinations are scattered all across the world and honestly, it doesn’t require much effort to find them. 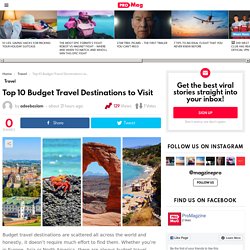 Whether you’re in Europe, Asia or North America, there are always budget travel destinations you can visit when you’re hunting for affordable places. One of the common questions we get is where in the world can I travel on a tight budget? While it’s common to convert your currency in exchange to other currencies, you’d be surprised to know that even countries we think of as expensive are quite budget-friendly, only if you’re smart enough to know certain tips and tricks. Trust me, no destination is really ever “too expensive, unless and until you spend extravagantly on hotels, food, trips, flights, etc. Counting down the Top 10 – Click Next to Begin. Is Mahershala Ali really the Next Blade? as Marvel carries out Phase 4 — ProMagzine. □ Did West Ham United Football Club HAS REALLY Signed Ivacy as an official VPN partner?? — ProMagzine.

Based in Stratford, East London – West Ham United Football Club is among the oldest and historic clubs of the Premier League in England. 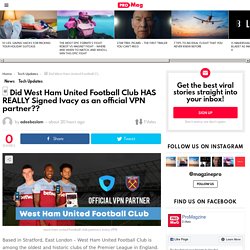 The club is one of eight that has never dropped below English second-tier football, spending 61 out of 93 league seasons at the top position, including the 2018-2019 season as well. The team has become a worldwide brand with such an illustrious history. It has supporters from around the globe and has partnered with several prominent brands. West Ham United Football Today 24th July via their Twitter and Website announced their recent partnership with Ivacy VPN. Ivacy VPN, the winner of BestVPN.com’s Fastest VPN Award and also a well-reputed VPN brand in the industry has always stood against Cybercrime and Monitoring. The brand believes that it is a lot easier to spread its message of true internet freedom for everyone with this partnership.

7 Tips to an Ideal Flight That You Never Knew Before — ProMagzine. If you are planning a vacation abroad, you must be all set up to book your flight. 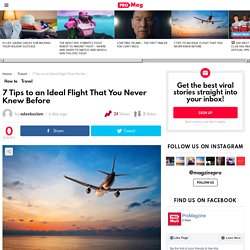 As a traveler or holidaymaker, you would want to make your flight experience more comfortable and enjoyable. Chances are that you may have traveled dozens of times before, and you believe you know a lot about making your flying experience worth every dollar. Regardless, there are some flight tips that can make your flight more comfortable and enjoyable. Pick Morning Flight as it is the Best Time to Fly Everybody fears bumpier flights. It is observed that thunderstorms usually occur in the afternoon and get clear during the night. Try Out Special In-flight Meals Instead of Regular Meals. 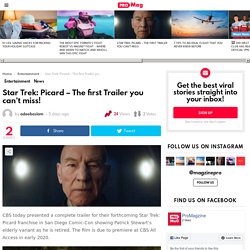 The film is due to premiere at CBS All Access in early 2020. The series will bring spot more than 20 years after Star Trek’s occurrences: The Next Generation, which broadcast between 1987 and 1994, and its film sequels, Generations (1994), First Contact (1996), Insurrection (1998), and Nemesis (2002). After CBS released a brief teaser with Picard, who was retired in his wineyard by Star Fleet earlier in May. The trailer demonstrates a elderly Picard who has attempted to bring his history behind him, but a youthful lady who is in need of assistance approaches him. To attempt to assist him, he comes to the federation and discovers himself in the circle. The Most Epic Fornite's fight, Robot vs Magnet fight - where and when to watch, and who'll win this epic fight — ProMagzine.

It’s all been building to this, quite literally. 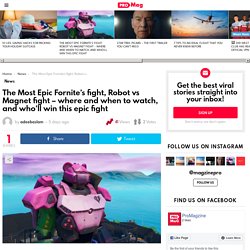 Every season in Fortnite since Season 4 has ended with a giant, explosive live event, and Season 9′s is nearly upon us. You may have noticed the giant robot being built over at Pressure Plant? You may have noticed how it was recently finished with a somewhat frightening amalgamation of a bunch of different classic Fortnite skins? You may also have noticed the monster that escaped Polar Peak and has been smashing up the map from time to time? And finally, there’s that countdown above all the sky platforms. 10 Life-Saving Hacks for Packing Your Holiday Suitcase.

Packing suitcase for your holiday vacation is a pretty hectic task, yet something you cannot ignore. 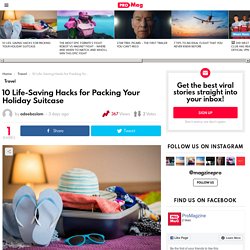 There are a lot of things you want to pack but you fear over-stuffing it. Worry not; there are some pretty easy hacks you can consider when preparing your suitcase for a vacation. Let’s take a look at those hacks. Don’t Pack in a Large Umbrella If you have a large umbrella and you are planning to pack it for your vacation, then don’t! Use Bags with Hangers for Special Suits If you are taking valuable suits with you such as tuxedos or business suits, it is best to avoid packing them in the suitcase. Never Pack Unnecessary Items for Travel It is a fact that we feel an unnecessary urge of packing everything that comes to our mind, such as extra pair of hangers, smartphone or tablet cases, tripods, etc.