We are a team of professional RPG Programmers who have decades of experience in IBMi (AS/400, iSeries and Power Systems) development, modernization, migration, conversion, and support.

Why Node.js is for Real-time Applications? Real-Time apps have become the necessity of the people residing in this ever-advancing digital world. 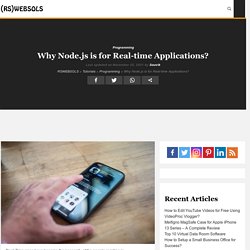 The value of getting things done faster has increased like never before and hence the need for real-time features. Software Development Trends to Keep an Eye on in 2022. 2021 is coming to its end, and we can safely say that the world is progressing to a post-pandemic period. 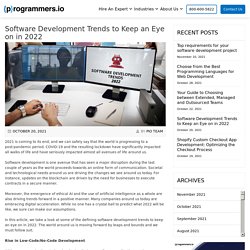 COVID-19 and the resulting lockdown have significantly impacted all walks of life and have seriously impacted almost all avenues of life around us. Software development is one avenue that has seen a major disruption during the last couple of years as the world proceeds towards an online form of communication. Societal and technological needs around us are driving the changes we see around us today. For instance, updates on the blockchain are driven by the need for businesses to execute contracts in a secure manner.

Moreover, the emergence of ethical AI and the use of artificial intelligence as a whole are also driving trends forward in a positive manner. In this article, we take a look at some of the defining software development trends to keep an eye on in 2022. Best Programming Languages for Web Development. We live in a digital era surrounded by technology and hence require technical skills to perform basic functions. 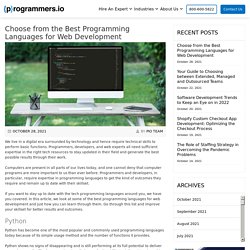 Programmers, developers, and web experts all need sufficient expertise in the right tech resources to stay updated in their field and generate the best possible results through their work. Computers are present in all parts of our lives today, and one cannot deny that computer programs are more important to us than ever before. Programmers and developers, in particular, require expertise in programming languages to get the kind of outcomes they require and remain up to date with their skillset.

If you want to stay up to date with the tech programming languages around you, we have you covered. Hire Node.js Developer to Build Your Next Application. Reasons to choose React Native Apps over Hybrid Apps. React Native has been developers’ favorite since its launch in 2015. 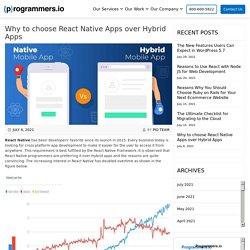 Every business today is looking for cross platform app development to make it easier for the user to access it from anywhere. This requirement is best fulfilled by the React Native Framework. It is observed that React Native programmers are preferring it over Hybrid apps and the reasons are quite convincing. The increasing interest in React Native has doubled overtime as shown in the figure below: Migration of RPG code to JAVA on IBM iSeries - Hire Java Developers. IBM is encouraging businesses to move their RPG code to java/J2EE and therefore many companies working on legacy technologies such as IBM i are looking for ways to ease the transition. 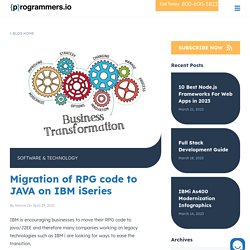 IBM is encouraging businesses to move their RPG code to java/J2EE and therefore many companies working on legacy technologies such as IBM i are looking for ways to ease the transition. We extracted general challenges that are faced during the migration from one of the client’s projects and provided the solutions. Why is RPG/400 to Java migration in demand? There’s no doubt that RPG is a commendable language when it comes to IBM i development and security. Businesses are demanding migration to enhance user experience which is a key point in expanding the business. Major reasons include: Xamarin vs. React Native for Cross-Platform Development. Last year, the mobile app industry crossed the $189 billion mark.If you are planning to build mobile apps for multiple platforms, then you might come across React Native and Xamarin. 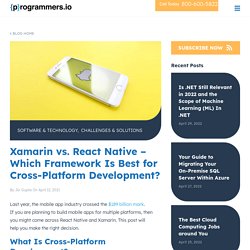 This post will help you make the right decision. What Is Cross-Platform Development? Cross-platform mobile app development refers to developing mobile apps for different platforms, such as Android and iOS. In this approach, you create multiple versions of the same app, coded with the dedicated language for each platform. Simply put, you write code once and deploy it on multiple platforms without rewriting your application from scratch. What Is Xamarin? Top 7 Java Testing Frameworks for Enterprise Software - Java Developer. Java almost always pops up in programming-related discussions, whether you are building desktop applications, mobile applications, web applications, or AI-powered systems. 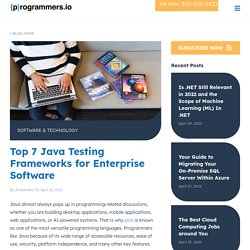 That is why java is known as one of the most versatile programming languages. Programmers like Java because of its wide range of accessible resources, ease of use, security, platform independence, and many other key features. TIOBE’s study shows Java leading the charts in 2020 as the second most popular language. Over the past two decades, Java has continued to top the programming popularity charts. However, to work with Java effectively, you need a number of testing frameworks. Hire Java Development Company Texas, USA.

Java vs. PHP; Understanding the Features and Product Development Capabilities of Both Languages. ReactJS Development Company & Services in Texas, USA. Node js development for your Onlne Business. Node.js is a server-side development platform created on Google Chrome’s JavaScript V8 Engine, which is known for its impeccable scalability. 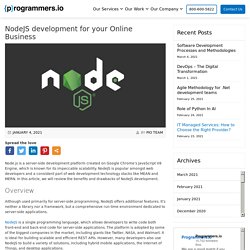 NodeJS is popular amongst web developers and a consistent part of web development technology stacks like MEAN and MERN. In this article, we will review the benefits and drawbacks of NodeJS development. Overview Although used primarily for server-side programming, NodeJS offers additional features. It’s neither a library nor a framework, but a comprehensive run time environment dedicated to server-side applications. Hire Full-Stack React Native App Development Company USA. React native has simplified mobile app development many times. 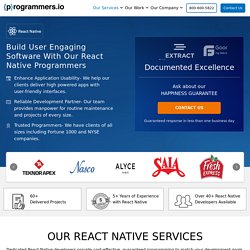 This is because, the same code can be used on different platforms such as Android and iOS. The java script used in React Native development supports the Hybrid app development ecosystem, whereas the React frameworks are used for better UI/UX. Certified Java App Developers. Java first appeared in 1995 and now dominates enterprise software development. 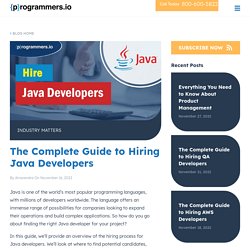 Most Android and mobile applications available rely upon Java. It is the basis of many desktop applications, including credit card or other enterprise applications. Hire Dedicated Angular Developers. AngularJS has become a standard framework for business web applications. Its functionalities result in slick, user-friendly web applications that draw in users with quick, attractive interactivity. A go-to framework, it simplifies development and testing through easy implementations of MVC (model view controller) and MVVM architectures.

In short, AngularJS based applications capacities result in delighted users, who appreciate its simple navigation and information display. Well-known organizations and companies such as Wolfram Alpha, NBC, Walgreens, Intel, and ABC News operate their web presence from AngularJS framework development. Dedicated PHP Developer. PHP is a general-purpose, server-side scripting language, the relative simplicity, and versatility of which, at the time, has arguably been one of the main reasons for the boom of web development as we know it today. First appearing in 1994, PHP — recursively short for PHP: Hypertext Preprocessor — now powers innumerable websites, from the smallest blogs to some of the most popular web services in the world, such as Facebook and WordPress. Initially, PHP used embedded HTML code and was crude but over the past twenty-five years, PHP has come to rival JavaScript, Java, Python, and Ruby for reliable back end supremacy.

The current version (stable version 7.1.4) of raw PHP coding language has evolved to power an estimated 82% of the internet (based upon server-side programming languages tracked by leading Web Technology Surveys). Why Use PHP Frameworks. Hire Dedicated .Net Developers. Hire Dedicated Delphi Developers. Delphi became one of the most popular and widely used Rapid Application Development (RAD) environment after its release in the mid-90’s. Initially based in PASCAL coding language with C++ interoperability, its code proved proved to be fast, readable and reliable.