Justin Bieber Interview (2015 Cover Story) At this stage in your career, is it tough to be both politically correct and unapologetic about how you really feel? 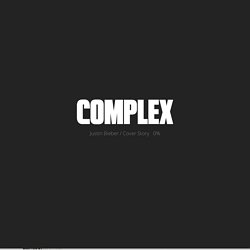 In the deposition, I could see why people would say you were being a brat. But there are a lot of people who thought it was funny. Do you struggle with the balance? I’ve learned to counter balance. I don’t have to be a super proper, stiff guy. Of all the criticism you got, do you think any of it was petty, or unfair? Honestly, I think the pissing in the bucket wasn’t as big as people made it seem.

Do you think some people around you wanted you to rebel? Yeah, I think so. Did you have to cut a lot of people off recently? Yeah, and it’s not even their fault. Right. You also fell in love at an early age. Yes. Justin Bieber Would Like to Reintroduce Himself. Sure, Justin Bieber has made mistakes. 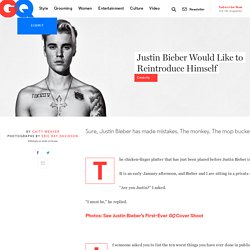 The monkey. The mop bucket. A few historical desecrations along the way. The Reinvention of Justin Bieber. It’s not that you don’t like Justin Bieber. 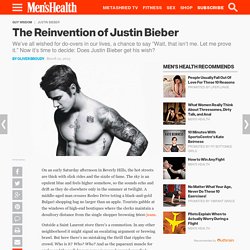 You actually find him offensive. Why? Because his success primarily depends on skillful producers and shrieking tweens? Because he managed to steal the attention of half the planet’s girls by basically becoming one of them? Or maybe it’s just that he’s never had to deal with all the crap the rest of us have. On Rodeo, the crowd adds ranks. You could keep walking. Inside Saint Laurent, $1,000 ankle boots sparsely line the white shelves. Suddenly your phone starts blowing up, like somehow it knows he’s near. You recognize the caterpillar eyebrows, the pouty lower lip. Justin Bieber. Is there a better reflection of a culture than its pop stars? 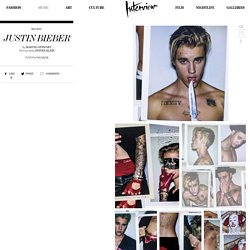 Like nubile little Tesla coils, our chart-toppers are very often both receptors for and projections of our collective energies. And, at 21, Justin Bieber, the kid who grew up playing for cash on the streets of small-town Canada and now plays to sold-out arenas across the world, is basically living like our collective id—if our collective id were jet-skiing on an ocean of money and fame: stepping out with models, befriending moguls, modeling underwear, and hooping it up at the Staples Center with Kanye West.

Bieber's Instagrams are perfect little portraits of adolescent appetite paired with the kind of material wealth to accommodate it: whirling around on a Back to the Future-style hoverboard, as he was in a recent video, while aboard a private jet. But it's not as if Bieber isn't totally unaware of what goes on down here in the mundane world. Bieber has, since the age of 15, been a massive, global star. MARTHA STEWART: Hi. Justin Bieber Carpool Karaoke - Vol. 2. 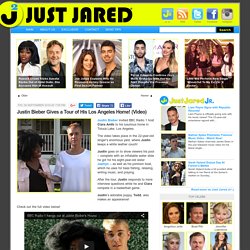 The video takes place in the 22-year-old singer’s enormous yard, where Justin keeps a white leather couch! Justin goes on to show viewers his pool – complete with an inflatable water slide he got for his eight-year-old sister Jazmyn – as well as his pontoon boat, which he uses for bass fishing, relaxing, writing music, and praying. After the tour, Justin responds to more interview questions while he and Clara compete in a basketball game.

Listen To Justin Bieber's Remix Of Drake's 'One Dance' Drake’s hit single ‘One Dance’ featuring Wizkid and Kyla has just got a superstar remix from fellow Canadian Justin Bieber. 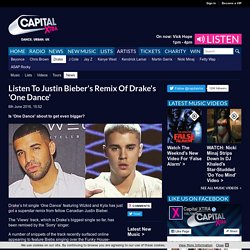 The ‘Views’ track, which is Drake’s biggest single so far, has been remixed by the ‘Sorry’ singer. A number of snippets of the track recently surfaced online appearing to feature Biebs singing over the Funky House-inspired beat. However the full track was premiered during Drake's OVO Sound Radio show. Listen below: (Skip ahead to 43.00 to hear the song in full) Drake and Justin Bieber have collaborated before on a song called ‘Right Here’, which featured on the popstar’s 2012 album ‘Believe’. Meanwhile, the official video for the original is coming soon.

The "One Dance" Remix Lyrics Show Justin Bieber's Major Influence On The Drake Track. If you thought there wouldn't be new Drake music for awhile after the arrival of Views, you haven't been paying attention to Drake's career. 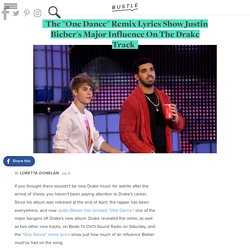 Justin Bieber – One Dance (Remix) Lyrics. DJ Snake – Let Me Love You Lyrics. Justin Bieber, Venture Capitalist. LEANING ON A SOUNDBOARD in a Hollywood recording studio, Justin Bieber is about to make me an offer that would prompt instant hysteria among millions of American teenage girls: Do I want to be the first person outside of his inner circle to hear some rough cuts hes considering for his upcoming album, Believe? 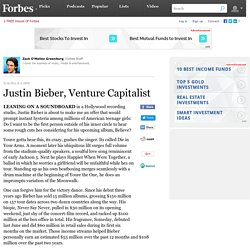 Youve gotta hear this, its crazy, gushes the singer. Its called Die in Your Arms. A moment later his ubiquitous lilt surges full volume from the stadium-quality speakers, a soulful love song reminiscent of early Jackson 5. Next he plays Happier When Were Together, a ballad in which he worries a girlfriend will be unfaithful while hes on tour. Standing up as his own beatboxing merges seamlessly with a drum machine at the beginning of Youre the One, he does an impromptu variation of the Moonwalk.

One can forgive him for the victory dance. Lyrics company justin bieber - S k p Google.