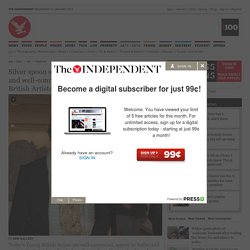 They are more likely to appear in Vanity Fair and Tatler magazines than the pages of a tabloid. They are thoughtful, intellectual and well-connected. They went to Oxford rather than Goldsmiths. Dad filled Christmas with enthusiasm, music and tacky gifts. What’s the point of it without him? Three years ago last week, on an otherwise average Monday afternoon, my dad stopped breathing, faded to black-and-white like an old movie, and – I don’t know how else to describe it – flattened slightly, as though whatever force was keeping him in three dimensions had abruptly packed up and moved on. 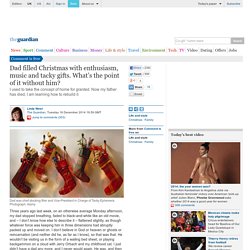 I don’t believe in God or heaven or ghosts or reincarnation (and neither did he, as far as I know), so that was that. Love is Not Enough. Why GrabTaxi is giving Singapore's largest taxi operator a run for its money. Hawyee is a research associate at the Lee Kuan Yew School of Public Policy in Singapore. 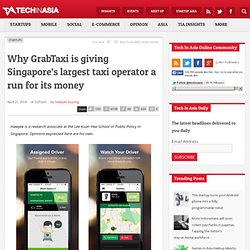 Opinions expressed here are his own. Friday was the first time I used the taxi booking app GrabTaxi to book a cab. I had a lunch appointment to go to and it had just started raining. None of the official apps from the taxi companies – Comfort, Trans-Cab, and SMRT – were successful in getting me a cab. The third try with GrabTaxi was successful. GrabTaxi has a rapidly growing number of cab drivers using its app Comfort, Singapore’s largest taxi company, has around 16,600 cabs plying the road.

The way GrabTaxi broke into the Singapore market was by solving a demand and supply problem. Article 370: 10 facts that you need to know : Highlights, News. IndiaToday.in New Delhi, May 28, 2014 | UPDATED 10:37 IST Omar Abdullah On Tuesday, Jammu and Kashmir Chief Minister Omar Abdullah tweeted "Mark my words & save this tweet - long after Modi Govt is a distant memory either J&K won't be part of India or Art 370 will still exist. 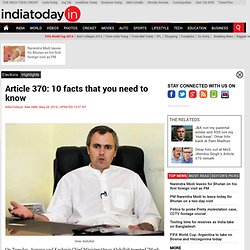 Art 370 is the ONLY constitutional link between J&K & rest of India. Talk of revocation of not just ill informed it's irresponsible. " But what exactly is Article 370 and why is the Article so important to keep Jammu and Kashmir as a part of India? 1. 2. 3. 4. My Favorite Cartoonist Smashes A Sexist Fairy Tale Trope In One Hilarious Swoop. Charles Darwin's List of the Pros and Cons of Marriage. By Maria Popova “My God, it is intolerable to think of spending one’s whole life, like a neuter bee, working, working, & nothing after all.” 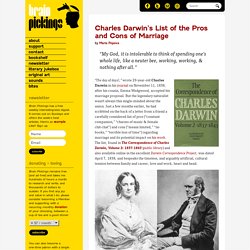 “The day of days! ,” wrote 29-year-old Charles Darwin in his journal on November 11, 1838, after his cousin, Emma Wedgwood, accepted his marriage proposal. But the legendary naturalist wasn’t always this single-minded about the union. Just a few months earlier, he had scribbled on the back of a letter from a friend a carefully considered list of pros (“constant companion,” “charms of music & female chit-chat”) and cons (“means limited,” “no books,” “terrible loss of time”) regarding marriage and its potential impact on his work. If not marry Travel. Maria Santos Gorrostieta 'executed' after surviving two assassination attempts. Maria Santos Gorrostieta had been stabbed, beaten and burnedShe defied Mexico's powerful drug gangs, who twice tried to gun her downShe was kidnapped in broad daylight in front of her terrified daughter The former mayor leaves behind three children By Sam Webb Published: 11:15 GMT, 26 November 2012 | Updated: 21:23 GMT, 26 November 2012 Brave: Dr Maria Santos Gorrostieta has been found beaten to death at the side of a road. 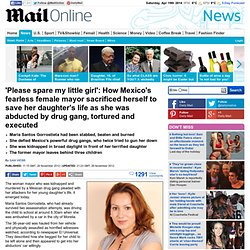 She defied Mexico's powerful drug gangs and survived two assassination attempts, the first of which claimed the life of her husband The woman mayor who was kidnapped and murdered by a Mexican drug gang pleaded with her attackers for her young daughter’s life, it emerged today. Maria Santos Gorrostieta, who had already survived two assassination attempts, was driving the child to school at around 8.30am when she was ambushed by a car in the city of Morelia.

The little girl was left wailing as her mother was driven away on Monday November 12. The Demonization of Empress Wu. A 17th-century Chinese depiction of Wu, from Empress Wu of the Zhou, published c.1690. No contemporary image of the empress exists. Most nations of note have had at least one great female leader. Not the United States, of course, but one thinks readily enough of Hatshepsut of ancient Egypt, Russia’s astonishing Catherine the Great, or Trung Trac of Vietnam. These women were rarely chosen by their people. Notes from Raisina Hill. I went to the protests at Raisina Hill expecting very little. Despite the anger over the recent, brutal gang-rape of a 23-year-old by a group of six men, who also beat up her male friend, protests over women’s violence in the Capital have been relatively small. But the crowds walking up the Hill, towards the government offices of North and South Block, from India Gate are unusual. It’s a young crowd—students, young men and women in their twenties, a smattering of slightly older women there to show their solidarity, and it’s a large crowd, about a thousand strong at the Hill itself.

Carl Sagan's Message to Mars Explorers, with a Gentle Warning. Pi transformed into stunning circular rainbow-hued works of art. Designers Cristian Ilies Vasile and Martin Krzywinski created the works of artTheir stunning images show the number π, the ratio of a circle's circumference to its diameter as well as other numbersThey connected each digit of π to its successive digit with links to the position of the numerically corresponding segments to make the artwork Published: 17:55 GMT, 3 October 2013 | Updated: 01:11 GMT, 4 October 2013. 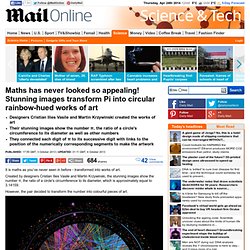 The Ecuadorian Library — Geek Empire. Or, The Blast Shack After Three Years Back in distant, halcyon 2010, I was asked to write something about Wikileaks and its Cablegate scandal. 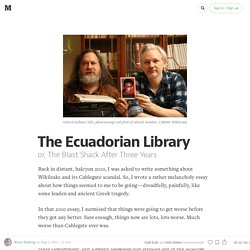 So, I wrote a rather melancholy essay about how things seemed to me to be going — dreadfully, painfully, like some leaden and ancient Greek tragedy. In that 2010 essay, I surmised that things were going to get worse before they got any better. Sure enough, things now are lots, lots worse. Much worse than Cablegate ever was. Monsanto Buys BLACKWATER the largest mercenary army in the world. Intelligent design. Design has become a fractured landscape made up of clans and tribes that all regard themselves as practising design but doing it in ways that often seem contradictory. 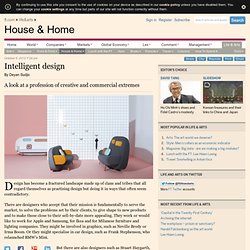 There are designers who accept that their mission is fundamentally to serve the market, to solve the problems set by their clients, to give shape to new products and to make those close to their sell-by-date more appealing. They work or would like to work for Apple and Samsung, for Ikea and for Milanese furniture and lighting companies.

Jeff Bezos Taught Me When to Quit.