Whiteboard.fi - Online whiteboard for teachers and classrooms. Kooperativt lärande – Elevaktiva arbetssätt. 6 Ed Tech Tools To Try In 201 6. About a year ago, I published an e-book called the Teacher’s Guide to Tech. 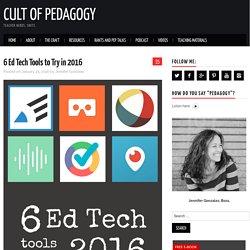 Tangram. Den förvrängda sanningen - Sara Bruun. #intenttalk Book Study Leads to Questions about Effective vs Efficient. I was inspired to coordinate the Intentional Talk book study this summer by a conversation between Tracy Zager and Dylan Kane. 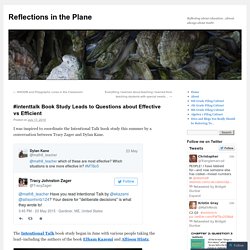 The Intentional Talk book study began in June with various people taking the lead–including the authors of the book Elham Kazemi and Allison Hintz. This week, Allison Hintz posted a question that lead to a conversation about effective vs efficient strategies. I tried to capture my current wonderings in this 140 character tweet: At the end of this past school year I came across this task. I worked with on-level 8th grade students this year, but as the school Instructional Resource Teacher, I spoke with our 7th Accelerated teachers and Algebra 1 teacher to see if they would be on board with giving this task to each of these cohorts. The range of approaches was very interesting to me. The following examples are from the 8th grade students that I worked with…I organized these student responses in the sort of continuum that occurred. Students that chose graphing… AVSNITT 5 - RYMDENS TEMPERATUR. Kriminalgatan.pdf. Do Fetuses Poop Inside The Womb? The short answer? 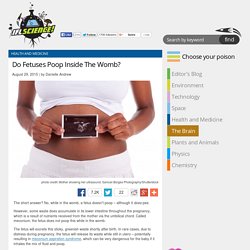 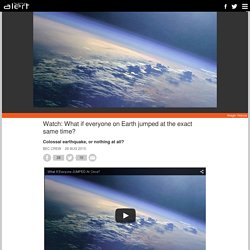 It's probably not something you've ever considered, but now that the question's out there, you're curious, aren't you? Well, don't worry, because Michael from Vsauce is here to run us through the awesome physics of this conundrum, and says the answer has everything to do with how quickly our Earth is rotating at this very moment. At the equator, Earth is spinning at more than 1,600 km/h - that's really fast. And the amazing thing is, in much the same way as a spinning ice-skater is able to speed up when they move their arms and legs closer to their body, because more mass in the centre means a faster spin, you can actually speed up Earth's rotation. "If you get down on the ground right now, and move your mass closer to Earth's centre, technically, you will speed up Earth's rotation, making this day shorter," says Michael.

Write Your Name in Binary Code. Those ones and zeros might not look like anything to you, but in binary code the numbers are actually saying “Hello!” 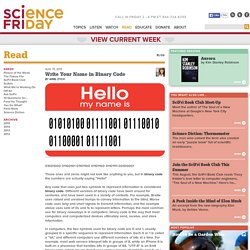 Any code that uses just two symbols to represent information is considered binary code. Watch Sulfuric Acid Melt A Kitchen Sponge in Slow Motion! Veerendra Chandrappa. Chlorination & Pee in the Pool: The Chemistry of Swimming Pools. Click to enlarge Swimming pools are a brilliant way of cooling off during a hot summer. 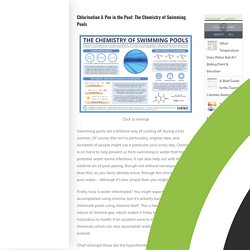 Of course, this isn’t a particularly original idea, and hundreds of people might use a particular pool every day. The Ultimate Guide to Gamifying Your Classroom. No one wants to been seen as the stuffy teacher stuck in the past who lectures from the front of the classroom and doesn’t seem to care about student engagement. 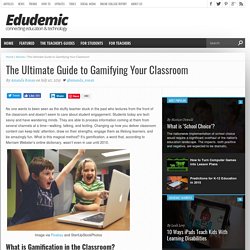 Students today are tech savvy and have wandering minds. They are able to process information coming at them from several channels at a time—walking, talking, and texting. Changing up how you deliver classroom content can keep kids’ attention, draw on their strengths, engage them as lifelong learners, and be amazingly fun. Once upon a time there was a pterodactyl… Adapting the steps of the scientific method can help students write about science in a vivid and creative way. 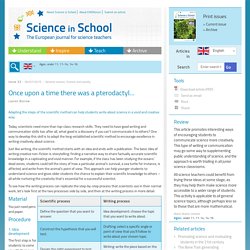 Today, scientists need more than top-class research skills. They need to have good writing and communication skills too: after all, what good is a discovery if you can’t communicate it to others? One way to develop this skill is to adapt the long-established scientific method to encourage excellence in writing creatively about science. Just like writing, the scientific method starts with an idea and ends with a publication. The basic idea of writing creative non-fiction is storytelling: finding a narrative way to share factually accurate scientific knowledge in a captivating and vivid manner. To see how the writing process can replicate the step-by-step process that scientists use in their normal work, let’s look first at the two processes side by side, and then at the writing process in more detail. Material. G(Math) Help. En mening och hundra ord.