Representations In the Media

Britain's upper class is now too snobbish to speak its name. Ageing Britain: two-fifths of NHS budget is spent on over-65s. More than two-fifths of national health spending in the UK is devoted to people over 65, according to estimates produced for the Guardian by the Nuffield Trust – a figure that is only likely to increase with the nation’s ageing demographic. 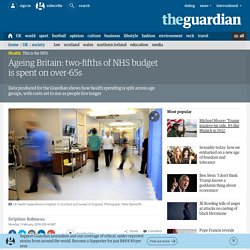 The data shows that an 85-year-old man costs the NHS about seven times more on average than a man in his late 30s. Health spending per person steeply increases after the age of 50, with people aged 85 and over costing the NHS an average of £7,000 a year. Spending on health services across all age groups is £2,069, according to Treasury analysis. The costs pressures are unlikely to abate. By 2039, people aged 65 or over are expected to represent 23% of the population, or 17.5 million, according to projections from the Office for National Statistics.

Currently, there are 11.4 million people aged 65 or over in Britain, representing 18% of the total population, up from 12% in 1966. Newborns also incur higher costs to the health services. Young People Of the Year - yopey. Working class girls don't threaten our universities, they enrich them. British universities are under threat. 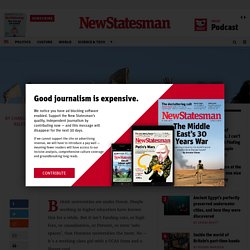 People working in higher education have known this for a while. But it isn’t funding cuts, or high fees, or casualisation, or Prevent, or even ‘safe spaces’, that threaten universities the most. No – it’s a working class girl with a UCAS form and a library card. Earlier this month, the Telegraph reported that ‘experts’ think universities are slipping down the international league tables because they are forced to recruit ‘diverse’ or ‘disadvantaged’ students.

When I read Chris Patten’s comments, a couple of weeks later, that quotas for students from non-traditional backgrounds would lead to ‘lower standards’, it confirmed what I had always known: there are some people who think that people like me just don’t belong in higher education. When I applied for university, I was a free school meals student at a sixth form at my local comprehensive school. I teach modern British history. Don’t purge the posh, invite them to join us. Exciting news. 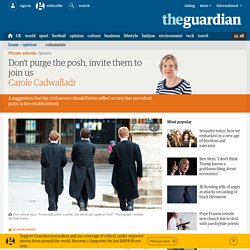 The posh are being purged. Remember Joseph Stalin and what he did to the kulaks, the ever-so-slightly richer peasants of the early Soviet Union? How he announced the “liquidation of the kulaks as a class” and then marched millions of them off to the gulag? Well, according to last week’s Spectator David Cameron is attempting something very similar in Britain. Britain's upper class is now too snobbish to speak its name.

BBC Three - Prince Harry: Frontline Afghanistan. PLATELL'S PEOPLE: Why didn't Prince William or Harry stand in for Philip?   Given his assiduous dedication to duty, no one would have been more disappointed than Prince Philip on learning he was not well enough to attend the commemoration for those who fought at Jutland, the greatest naval confrontation of World War I. 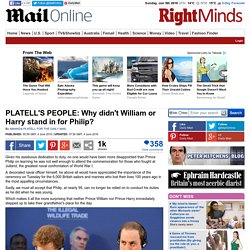 Facebook. Migrant rape fears across Europe as women are told not to go out at night alone. Security authorities are growing increasingly concerned by the rising number of sex attacks by gangs of migrants which appear to be spreading across Europe. 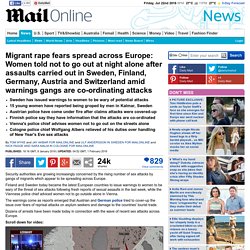 Finland and Sweden today became the latest European countries to issue warnings to women to be wary of the threat of sex attacks following fresh reports of sexual assaults in the last week, while the Viennese police chief adviced women not to go outside alone in Vienna. The warnings come as reports emerged that Austrian and German police tried to cover-up the issue over fears of reprisal attacks on asylum seekers and damage to the countries' tourist trade. Dozens of arrests have been made today in connection with the wave of recent sex attacks across Europe. 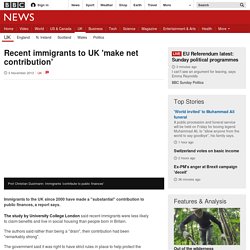 The study by University College London said recent immigrants were less likely to claim benefits and live in social housing than people born in Britain. Press are more homophobic than the public. Should black people be cabinet ministers? 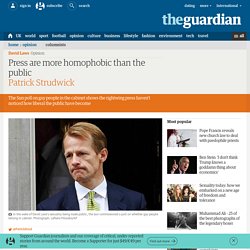 If any national newspaper asked this question there would be protests. Riots, even. Yet today, in light of the David Laws exposé, the Sun saw fit to commission a YouGov survey in which it asked: "Should gay people be cabinet ministers? " Lizzy the Lezzy's LGBT Space. A strange, lonely and troubling death . . . Updated: 18:19 GMT, 16 November 2009 Dead at 33: Stephen Gately The news of Stephen Gately's death was deeply shocking. 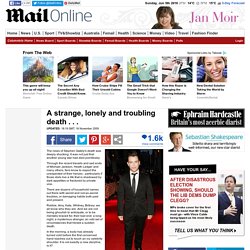 It was not just that another young star had died pointlessly. Through the recent travails and sad ends of Michael Jackson, Heath Ledger and many others, fans know to expect the unexpected of their heroes - particularly if those idols live a life that is shadowed by dark appetites or fractured by private vice. There are dozens of household names out there with secret and not-so-secret troubles, or damaging habits both past and present.