FreeAppAlert - Free iPhone apps that were paid iPhone apps yesterday. Apple Is Quietly Turning Every Car On The Road Into An 'iCar' (AAPL) Before he died, Steve Jobs said he eventually wanted Apple to make a car. 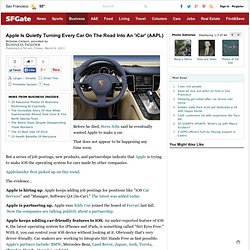 That does not appear to be happening any time soon. But a series of job postings, new products, and partnerships indicate that Apple is trying to make iOS the operating system for cars made by other companies. Polske vikarer og rumænske vikarer, arbejdskraft fra Workforce.dk. If You Sell Apple Now, You'll Regret It - DailyFinance. A7 Piano Chord - Piano Chord Chart. Matteo Walch, 8, strikes remarkable friendship with a clan of marmots in Austria. By Rachel Mcdermott Published: 21:33 GMT, 26 August 2012 | Updated: 09:53 GMT, 28 August 2012 They are notoriously shy around humans, beating their tails and chattering their teeth to try to warn us off before emitting loud whistles to tell other members of their colony to flee. 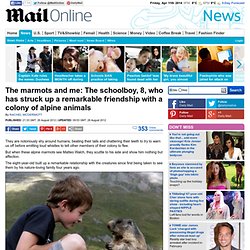 But when these alpine marmots see Matteo Walch, they scuttle to his side and show him nothing but affection. The eight-year-old built up a remarkable relationship with the creatures since first being taken to see them by his nature-loving family four years ago. Special bond: Matteo Walch has struck up an unlikely friendship with a group of marmots in the Austrian Alps.

Chokoladekage på 5 min. Straffet. Siri When she is Best <3. I'm Watch. TabToolKit, Apple Design Award Winner. When I first heard that TabToolKit from Agile Partners had won a design award I was really pleased. 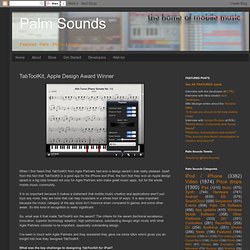 Apart from the fact that TabToolKit is a good app for the iPhone and iPad, the fact that they won an Apple design award is a big step forward not only for Agile Partners who make great music apps, but for the whole mobile music community. It is so important because it makes a statement that mobile music creation and applications aren't just toys any more, they are tools that can help musicians in a whole host of ways. It is also important because the music category of the app store isn't massive when compared to games and some other areas. So this kind of recognition is really significant.

So, what was it that made TabToolKit win the award? The iPhone 5 (Parody): A Taller Change Than Expected. Cult of Mac. 9to5Mac. FreeAppAlert. Events - Apple Special Event October 2012. Steve Jobs: unseen images by Norman Seeff, 1984. The iconic image of Steve Jobs in the lotus position with a Mac on his lap was taken by Norman Seeff. 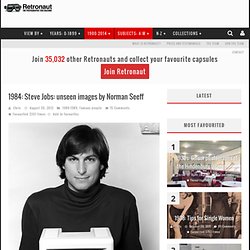 Norman is a fan of Retronaut and sent us these out-takes, plus his account of the shoot. Images 1, 4, 5, 6 and 7 are exclusive to Retronaut and are here released for the first time. To buy one of the few remaining lithographs of the “Lotus” image, visit Norman’s Art For All studio site. “When I work with artists and innovators, I focus specifically on the artistry and mastery of their creativity. 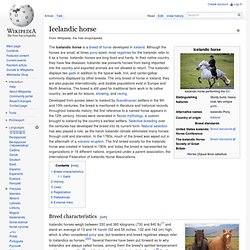 Although the horses are small, at times pony-sized, most registries for the Icelandic refer to it as a horse. Icelandic horses are long-lived and hardy. In their native country they have few diseases; Icelandic law prevents horses from being imported into the country and exported animals are not allowed to return. The Icelandic displays two gaits in addition to the typical walk, trot, and canter/gallop commonly displayed by other breeds. The only breed of horse in Iceland, they are also popular internationally, and sizable populations exist in Europe and North America. Kb-hestar.