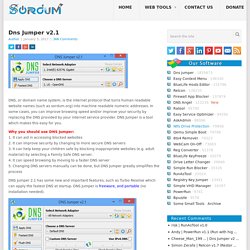 In some cases, you can improve browsing speed and/or improve your security by replacing the DNS provided by your internet service provider. DNS Jumper is a tool which makes this easy for you. Why you should use DNS Jumper: 1. It can aid in accessing blocked websites 2. It can improve security by changing to more secure DNS servers 3. DNS Jumper 2.0 has some new and important features, such as Turbo Resolve which can apply the fastest DNS at startup. What is new: (26.06.2015) 1. [ Fixed ] – Dns Jumper could not ping some DNS servers (instead of ping, resolve method used) 2. [ Fixed ] – Dns Jumper’s Buttons were too small, and minor GUI changes 3. [ Fixed ] – Sometimes Update function didn’t work (improved) 4. [ Added ] – Tray menu 5. [ Added ] – Turbo resolve feature. 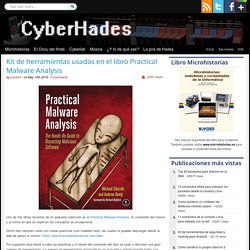 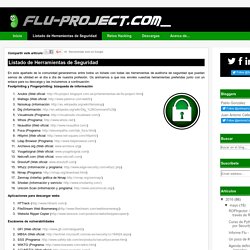 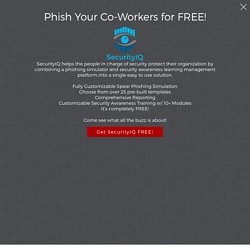 Find out how susceptible your current staff is to a phishing attack. In 5 minutes you can be Phishing. Check out our FREE app by clicking the button below and start building your first campaign today! Phish my Friends for FREE Until now, when we used Snort to look for certain content within the payload, we’ve always looked for some specific values. PII (Personally Identifiable Information) is something you don’t want to be leaking out of your network. First, let’s create some sensitive data to be transmitted. Now go to your Ubuntu Server VM and bring up the local.rules file, or, if it’s closed, open it with a text editor as root: sudo gedit /etc/snort/rules/local.rules. Cómo saber si tu red Wi-Fi es segura con Wifislax. Get Untangle.

Get NG Firewall up and running in no time with these four simple steps. 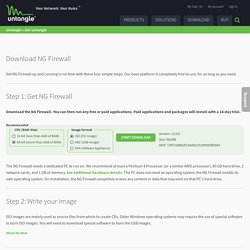 Our base platform is completely free to use, for as long as you need. Download the NG Firewall. You can then run any free or paid applications. Paid applications and packages will install with a 14-day trial. The NG Firewall needs a dedicated PC to run on. ISO images are mainly used as source files from which to create CDs. Show Me How Tip: Burn the image to two CDs so that you have a backup, or save the ISO image so that you can make a backup CD later. Now it’s time to boot your dedicated PC using the image you just made. In order to install the Untangle Server onto an existing computer using an image, as outlined in the Untangle Server Quick Start Guide , you need to boot from the drive containing the image. Individual Applications. Password Manager, Auto Form Filler, Random Password Generator & Secure Digital Wallet App. KeePassX. 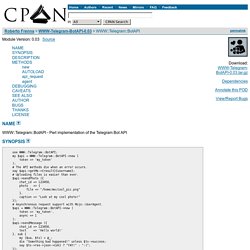 It also supports async requests out of the box using Mojo::UserAgent, which makes this module easy to integrate with an existing Mojolicious application. WWW::Telegram::BotAPI implements the following methods. TRESOR. TRESOR (recursive acronym for "TRESOR Runs Encryption Securely Outside RAM", and also the German word for a safe) is a Linux kernel patch which provides CPU-only based encryption to defend against cold boot attacks on computer systems by performing encryption outside usual random-access memory (RAM). 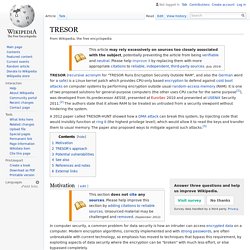 It is one of two proposed solutions for general-purpose computers (the other uses CPU cache for the same purpose[1]), was developed from its predecessor AESSE, presented at EuroSec 2010 and presented at USENIX Security 2011.[2] The authors state that it allows RAM to be treated as untrusted from a security viewpoint without hindering the system. A 2012 paper called TRESOR-HUNT showed how a DMA attack can break this system, by injecting code that would invisibly function at ring 0 (the highest privilege level), which would allow it to read the keys and transfer them to usual memory.

The paper also proposed ways to mitigate against such attacks.[3] Where is Your Data? Part 2 and Part 3 are now available Part1: Five years after FTK 2 was first touted, and 1 year after FTK 2 was released, where is AccessData with the much maligned tool? 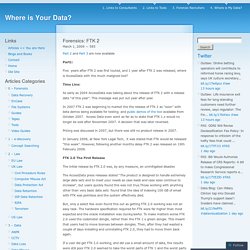 Time Line: As early as 2004 AccessData was talking about the release of FTK 2 with a release date “of this year”. This message was put out year after year. In 2007 FTK 2 was beginning to market the the release of FTK 2 as “soon” with beta demos being available for testing and public demos of the tool available from October 2007. Wi-Fi / WLAN Monitor - The SZ. 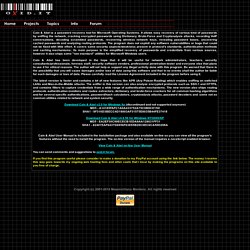 It covers some security aspects/weakness present in protocol's standards, authentication methods and caching mechanisms; its main purpose is the simplified recovery of passwords and credentials from various sources, however it also ships some "non standard" utilities for Microsoft Windows users. The latest version is faster and contains a lot of new features like APR (Arp Poison Routing) which enables sniffing on switched LANs and Man-in-the-Middle attacks. Video: PRTG Network Monitor - Smart Setup. Welcome to the Paessler Video Tutorial on how to install PRTG. 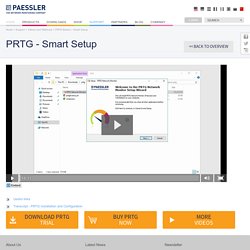 This tutorial is gonna cover the installation of PRTG and briefly the configuration guru. To start the installation, we have to doubleclick the installation file that you get either from the shop or from our website. The first option that you have is to choose the language that you want PRTG to be displayed in. I wanna choose english. When installing PRTG make sure you have all antiviruses off and that you have all other applications closed at well. The first thing I have to do: I have to go to the first page and go through the agreement, accept it and click next. Next here we ask for your Email address. Next here we ask for the name, license and the key for your license. The Top 20 Free Network Monitoring and Analysis Tools for Sys Admins. We know how administrators love free tools that make their life easier. Here are 20 of the best free tools for monitoring devices, services, ports or protocols and analyzing traffic on your network.

Even if you may have heard of some of these tools before, we’re sure you’ll find a gem or two amongst this list. 1. WiFi Network Monitor : Free Tool to Watch/Monitor your Wireless network from hackers/rogue/unauthorised users.