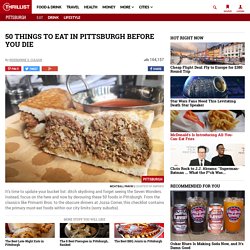 Fries Venue Title -- ADD LINK to (address and info) The Original Hot Dog Shop Neighborhood/Location Oakland Description Paper bowls cannot contain these heaps of crispy fries, which always tumble from their container and onto the tray underneath. 30. Pennsylvania Macaroni Co. 31. Las Palmas (address and info)Brookline These takeout tacos, served street-side in front of a market, attract lines of fans dedicated to waiting their turn for these soft shells filled with tender meats, creamy guac, diced tomatoes, onions, and plenty of cilantro. 32. Fat Head’s Saloon (address and info)South Side Another entry in the ginormous sandwich category, the South Side Slopes sandwich is filed under the menu’s “Headwiches” category, aka sandwiches nearly the size of your head. 33. Quick & Easy Black Bean Burgers (6 ingredients! 15 minutes!) Need dinner fast? 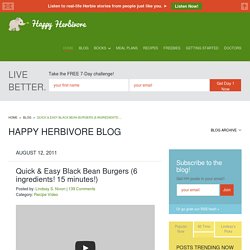 Don't have much in the house? Here is my lazy Friday dinner meal--quickie black bean burgers. I sometimes call these "hotel room burgers" because I originally developed them in a hotel room while on vacation! Prep time: | Cook time: | Total: | 4 servings Description I developed these burgers in a hotel room: they’re quick, easy and require very few ingredients. Ingredients. 15 Delicious New Ways to Make Oatmeal. 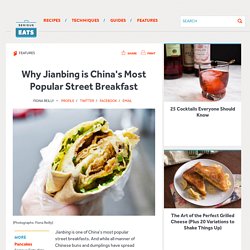 Jianbing is one of China's most popular street breakfasts. And while all manner of Chinese buns and dumplings have spread well beyond the country's borders, it also might be China's best-kept culinary secret. Every metropolitan neighborhood across the People's Republic has its own jianbing vendor serving breakfast from dawn through mid-morning, satisfying hungry locals on their way to work. A Breakfast Worth Waiting For Jianbing stands are the ephemeral breakfast architecture of every Chinese city. As transient as these jianbing stalls might be, this is no grab-and-go street breakfast. Jianbing have a longer history than almost any other Chinese street food. The recipe for a modern day jianbing holds fairly closely to this principle. While the crêpe cooks, an egg or two are cracked onto its uncooked surface and spread evenly... Taking Jianbing West John Romankiewicz agrees. Erik August Johnson - Boston Software Developer. I composed the tweet above while in the euphoria of a post-run peanut butter sandwich. 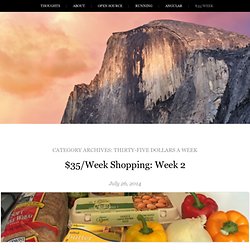 The cost of my grocery run earlier in the week was right around $35. Enjoying my peanut butter on whole wheat bread while pondering that relatively small amount of money made me wonder. That’s a great idea, and I am doing just that – writing a blog series about eating on $35 per week. The $35/Week series is about eating on a $35/week budget. I hope through my efforts to show that eating well does not have to come with a high cost. Another facet I am exploring through this blog is the food industry and American culture – as it relates to food. Food is one of the few true necessities in life, yet affordable and healthy alternatives to junk food and eating out are often overlooked in mainstream thought – at least in my age and demographic. The Secret to Baking the Best Chocolate Cookie? Science. When fighting erupted in Juba, South Sudan, last December between government forces and rebels loyal to an ousted vice president, it threatened to unravel everything the new country had built, both physically and culturally. 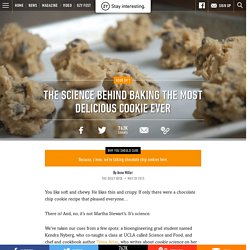 One such cultural touchstone was Juba’s emerging fashion industry, led by designers such as Akuja de Garang. Her annual Festival of Fashion & Arts for Peace has drawn the attention of international press, which hailed her as one of South Sudan’s enterprising repats helping define the new country’s cultural identity. Backstage the atmosphere had the same busy energy of a New York fashion show, but with no makeup artists and lots of concertina wire.

In the days before the recent fighting began, another South Sudanese designer, Nyanut von Habsburg-Lothringen, had her work on display in a two-night fashion show in the courtyard of Home and Away, an upscale Thai restaurant popular among aid workers and oil-industry expats. But Nyanut seemed unstressed, as did the models. Because “Breakfast of Champions” is way overused… It has been a little longer than we preferred, but Joe and I have returned to bring you further delicacies! 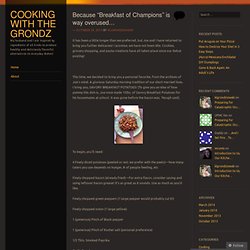 I promise, we have not been idle. Cookies, grocery shopping, and pasta-creations have all taken place since our debut posting! This time, we decided to bring you a personal favorite, from the archives of Joe’s mind. A glorious Saturday morning tradition of our short married lives. Budget Bytes - My stomach is full and my wallet is too.